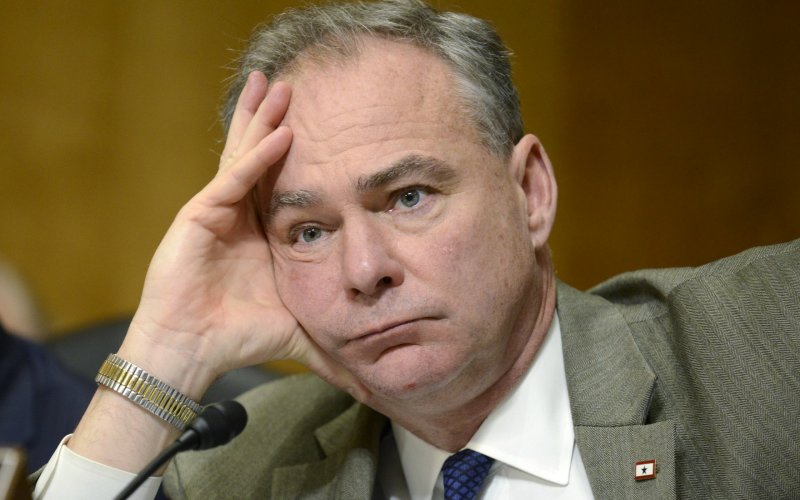 Will the Gifts Kaine Received While Governor Hurt him in the VEEP Sweepstakes?

Between 2001 and 2009, when Tim Kaine was Lt. Governor and Governor, he received over $162,000 in gifts.  Some of those gifts came from the largest electric power company in the state, Dominion Power and some came from a drug company soon after their company was located in Virginia.

Kaine’s gifts included an $18,000 vacation in the Caribbean and $5,500 in clothes. (Bob McDonnell went to trial for much less, but he’s a Republican. And Kaine doesn’t appear to be wearing a Rolex.) Obama’s campaign gave Kaine the most money, $45,075 for travel during the Obama campaign.

We have previously reported that Senator Kaine is Hillary’s first choice for Vice President.  Now that this story is out, here, here, and here, will this derail Hillary’s choice of Kaine?  These gifts will no doubt be scrutinized over the next four months if Kaine becomes the Vice Presidential nominee.

Will the Gifts Kaine Received While Governor Hurt him in the VEEP Sweepstakes? was last modified: June 30th, 2016 by Jeanine Martin

[…] Hillary Secretary of State when they instituted this policy? There’s also the issue of gifts Kaine accepted while Governor of […]

As far as the Trump veep goes. Would you support a former high ranking government official for veep, who was running around on their spouse, while persecuting some else at the same time for doing the same? An individual who like Trump has been married 3 times?

If you gave us the inside scoop on Bill being holed up in the AG’s jet in Arizona, Hillary mite not need a Veep.

If you find out, please let us know.

Do you want my opinion, although I have no proof?

1) What are the odds that Bill Clinton and AG Lynch by coinsidence, would be in the same state, at the same time, at the same airport, on the same tarmac? Let’s be honest here.
2) Lynch is in a bind. Trying to figure out a way to save her reputation and future, and not indict Hillary. Bill has all the answers.
3) A possible Hillary indictment has always been the reason for Sanders, and his hanging around now.
4) This is a year and a half episode of House of Cards.

Absolutely, Bill Clinton and AG Lynch negotiated the pardon of Rafael Cruz for complicity in the assassination of President Kennedy, or the cover-up murder of Lee Harvey Oswald.

Here I thought Bill was handing out cigars again!

I would guess that Barry and company is preparing to do a “Red Wedding” number on the Clintons. Lynch is supposed to announce today that she will defer to non-political people if charges should be brought against the Hildebeest… Then Barry and Lynch will wash their hands in Pontius Pilate style..
Have been reading ” Armageddon: How Trump Can Beat Hillary
” by Dick Morris. Good book,however may be irrelevant soon.

The Constitution requires a VP even if she might actually choose her own daughter Chelsea, (if she is old enough yet) just to keep “the business of government ” and the dispensing of all the government goodies and favors flowing from her even higher seat of power and also be able to further destroy, intimidate or squash all the credible evidence and people who might otherwise stand in her way of further “transforming” America and the world to be forced to bow down to whatever both she and Bill and Obama might wildly imagine either should actually look like.

Well we all should realize by now that there is almost always one standard applied to republicans and a totally different one to Democrats when it comes to almost every issue. As the one who should know this more than any other active Democrat recently said in her appearance before Congress: “What difference does it make?”