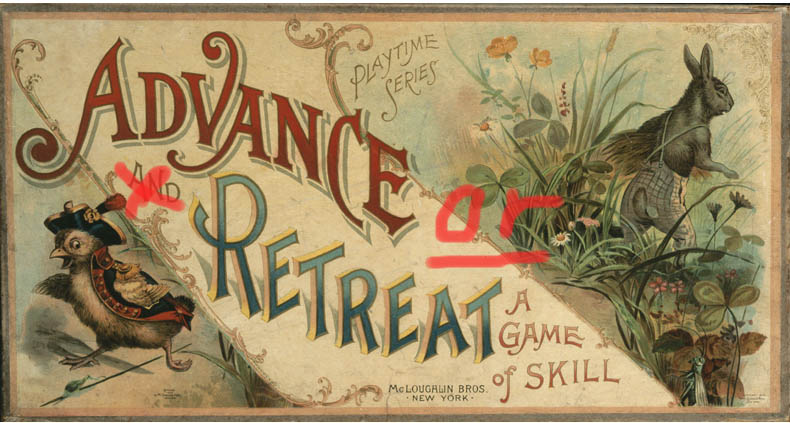 Advance OR Retreat is the question facing Republicans in Virginia

Annual Advance in Norfolk should be about laying ground for reform, or will it just be politics as usual?

The annual Republican Party of Virginia Advance gets underway tonight in Norfolk.  It is actually a three-day “retreat” where Republicans have gathered after each election the last 35 years to discuss ideas and for candidates to “unveil their campaigns” for the future.  But it’s called an “Advance” because the founder, Donald Huffman, said: “We ‘advance’, we do not ‘retreat’.”

But the No. 1 question facing Republicans at this gathering, and around the state, is this – given the fact we have lost six statewide elections since 2012, and in 2018, had three incumbent Republican members of Congress defeated, WILL the Republican Party really “advance” or will it “retreat?”

I, along with a number of activists, who will attend the Advance, have written and spoken on this topic with a fever since the 2017 Gillespie-Vogel-Adams statewide loss to Democrats.  (You can re-read my “8 Ideas to Growth the GOP”    and  “The Good, the Bad and Ugly of the 2018 Midterms” if you wish.

Some people will say: “The RPV is nothing more than a vehicle for the Republican National Committee.  It gets money and funnels it to candidates. It has no other official role.”

Yes, that may be true.  However, what other statewide organization has the ability to institute necessary reforms and voter outreach than the RPV?  Will our new chairman, Jack Wilson, and some new faces on the State Central Committee, really institute a series of efforts to find out WHY Virginians (notably suburbanites in the North) are not voting for our candidates, or will they just sit back and say: “Well, we have another election to deal with in 2019 and we better just keep doing what we have been doing.”

The overriding questions facing the Advance this weekend should be:

Indeed it is not easy in a state with elections every year for political parties to engage in any serious “voter education effort” or outreach effort, but if we do not stop and take a breath and do this, it’s only a matter of time before Republicans keep losing and start throwing in the towel.  I believe RPV needs to do focus groups with voters who are not voting with us and then conduct leadership forums and put these people before Republican officeholders so they know the good they are doing.

What’s worst, the Democratic Party is tilting toward socialism and there are candidates in Virginia who openly talk about universal health care, gun restrictions and environmental extremism. Banning plastic straws could be next for Richmond to debate.

But as new people arrive from the Northeast and liberal areas of the nation (ostensibly to get away from high taxes and the lack of jobs DUE in part to the Democrats they elected to control those states), if Republicans fail to make that connection AND offer an alternative to voters, we will lose Virginia as a low tax laissez-faire state with a vigorous private sector.  Times are good now, but many businesses are looking South (Norfolk Southern is moving its headquarters from Norfolk to Atlanta within the year).

Democrats have been able to capitalize on demographic shifts (mainly in vote-rich Northern Virginia) and are now winning in Red districts. They do so not with any results, but broad “compassionate” campaign slogans and press releases and pronouncements that win them plaudits in the press.

They paint our candidates, though they may be pragmatic and results-oriented, as having “no compassion,” and need only tie us to Trump or efforts Republicans are making to control the borders, cut taxes and bring jobs.  In other words, results seem to matter less to Virginia voters.

Going back to Question 2, the No. 1 challenge for RPV and Republican units is to get away from litmus tests, and try to MARRY the pragmatic, Establishment and conservative Trump/Stewart sections of the party and the various social and hot-button issues that motivate the activists.

Our candidates need to be committed as a party to limited government, and if not cutting taxes and spending then scrutinizing it and making the bureaucracies justify what they are doing.  We need to support limits on abortion and its eventual return to the states, but not make that the SOLE focus of our campaigns.

We need to stress pragmatic issues that affect voters around the state.  McBolliNelli didn’t win in 2009 because they were pro-life, against gay marriage and supported gun rights.  They won because they stressed transportation improvements, jobs and even backed offshore drilling, despite its lack of popularity in a number of coastal communities.

In addition, local units need to focus on WINNING ELECTIONS for Republicans, not internal squabbles.

Furthermore, we need to reach out to new voter groups to erase the stigma of voting Republican.

I hope Republicans will take heed of this in Norfolk this weekend.  Time is running out. If we keep losing and hope for Trump to be gone in 2020, we will never again capture the hearts and minds of the voters barring some major sea change in how they think – and vote.  If this happens, Virginia will become a one-party liberal state and high tax, big government and unlivable.

It’s easy for some activists to say: “Well, I will just move.” For me, I’d rather “Advance,” not “Retreat.”

Advance OR Retreat is the question facing Republicans in Virginia was last modified: December 14th, 2018 by Guest Contributor Ken Reid

[…] Republicans must be the counterweight to Leftist policies in Virginia and it should be the RPV that takes the lead.  We cannot just move to Texas or Oklahoma to escape. We must – -as I wrote on this blog in 2018 — Advance not Retreat    […]