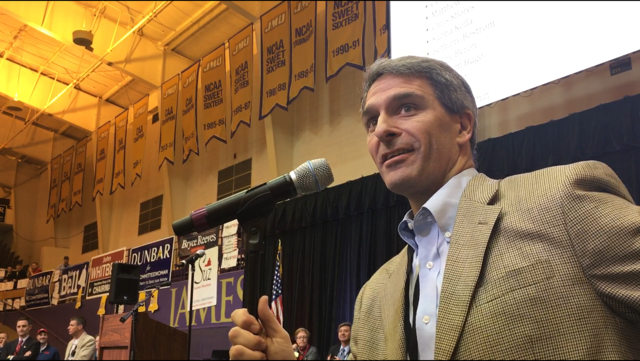 How to Win Friends and Influence People, 2016 Trump edition

“Cuccinelli says Trump must become a consistent conservative to unite GOP.”  In a tête-à-tête with Trump Virginia Chairman Corey Stewart last night on PBS News Hour, the former Virginia Attorney General laid out the deal for the presumptive GOP nominee to bring conservatives aboard: show us why we should believe in you as the standard bearer for the cause.  Stewart replied that Trump was more conservative than recent GOP leadership, and that “Trump is ‘as constant as the Northern Star’ on the issues, which prompted laughter from Cuccinelli.”  More here.

How to Win Friends and Influence People, 2016 Trump edition was last modified: May 11th, 2016 by Chad Ochocinco

Cuccinelli is simply trying to remain relevant. He is still in a state of shock that his man Cruz loss big and he won’t be considered for AG. Cuccinelli’s career is over!

Both him and Shak need to tuck their tails in and just go away. No one cares anymore what they think!