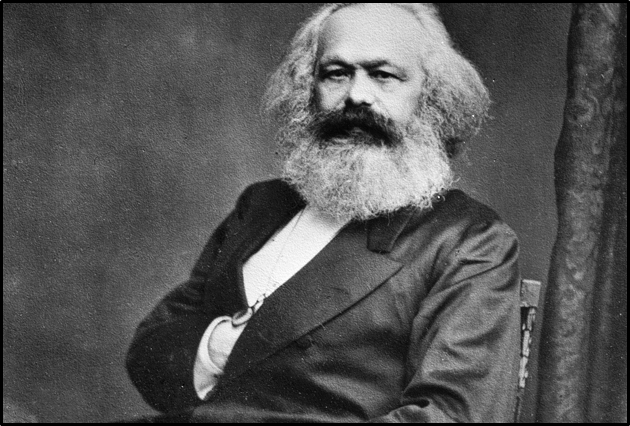 Wising Up to Socialism’s Great Myths

As the regime of our farthest-left president ever recedes in the rear-view mirror, apologists are again trotting out one of socialism’s great myths to explain why their sublime hero’s tenure was such a disappointing failure. The myth of which I speak – let’s call it Socialism’s Myth #2 – has been used repeatedly to explain the failure of Marxism in the Soviet Union, China, Cuba, Venezuela, numerous European countries, and a gaggle of “emerging” African nations. As each failure becomes obvious, Myth #2 is invoked: namely, that socialism has failed because it simply “wasn’t implemented properly.” All would have been well if only things had been done correctly.

Socialism’s central idea is that a successful economic system can be constructed on Karl Marx’s famous principle: “From each according to his abilities; to each, according to his needs.” Each fresh-faced, new generation of American students sees socialism as a wonderful new idea just waiting to be tried. It seems so “fair,” so “just,” so consummately “righteous.” How could it possibly fail? But over the past century, the aforementioned nations have demonstrated that socialism is actually a deeply flawed idea that has repeatedly been tried and found wanting.

Socialism’s Myth #1 is, of course, the whopper that socialism can actually work. But it cannot, because it denies a fundamental facet of human nature – i.e., that individuals will not work and achieve unless they have a personal stake in the enterprise’s product or outcome. True socialists call this a character flaw, but we are all made this way. A system that denies it is bound to fail.

I have known people who actually thought Marxism’s foundational principle came from the Bible. All of socialism is based on it, but it is a complete pipe-dream. It can never work without the added “incentive” of force. Even so, it still inevitably fails because (as Margaret Thatcher famously said) “…eventually you run out of other people’s money.”

As the Obama administration’s dazzling promises of social justice, racial harmony and universal prosperity inexorably sank into the mire of high taxes, anti-business regulations, and minimum-wage jobs, I wondered how many times we shall have to hear the same tired, old excuses before politicians, educators, and most Americans finally comprehend that socialism is a fundamentally flawed concept that can never truly function as imagined.

We should know this by now, but in 2007 we got snookered again by another slick-talking huckster wearing a $2000 suit who promised to “fundamentally change” the country. We ran after him like the children following the Pied Piper of Hamelin. (When will we ever learn?)

Our latest “messiah” was as good as his word, however. He certainly changed the country – although probably not in ways most people expected. Did voters anticipate a serious drive toward socialism? I doubt it. By remaining deliberately vague about his plans, Barack Obama allowed voters to write-in the change they “hoped” this dazzling new figure would bring. Mr. Obama and his inside circle very carefully avoided any mention of the S-word, knowing that the public would be wary of it.

This writer belonged to a small group of journalists who understood where President Obama wanted to take us. In 2008 I wrote that the Obama camp was going for the “moron vote”1 because his program, as we grasped it then, appeared to run completely counter to the interests of most ordinary Americans. For my “alarmist” predictions I was roundly denounced – even by family and close friends – as prejudiced, probably un-Christian, and most certainly racist.

“Why can’t you just give the guy a chance?” asked old friends who disagreed with my analysis. (I doubt if the way things turned out looks very good to them now.) In my article of June 2008, I made the following observations, which proved uncannily prescient:

“Mr. Obama wants to take us not forward, but backward – back to the New Deal, higher taxes, less economic freedom, a managed economy and the Fairness Doctrine. Mr. Obama distrusts private business, and has a ‘can’t do’ attitude about the future. He believes the ordinary person simply can’t make it without big government’s help.

“But Mr. Obama distrusts not only business: he distrusts the American people. Are we the indomitable people who built the greatest nation and the wealthiest, most robust economy in history? No! We are pitiable, wretched victims of a failed government and a ‘broken’ system who need his ‘ministry’ in order to avoid ruin…

“The irony is that Mr. Obama’s policies would not empower the down-and-out, but would permanently prevent them from improving their status. Creation of wealth enables economic advancement. Envy-taxes, income-transfer or welfare do not. This seems beyond the ken of Mr. Obama’s followers. Indeed, it seems beyond Mr. Obama, himself.”

Mr. Obama’s soaring promises of a bright new future notwithstanding, middle-class incomes stagnated to levels of 10 years earlier. During his regime, millions of Americans were unemployed for so long that they stopped looking for work. This removed them from the unemployment-rate calculation – making the nation’s employment picture seem better than it really was. So while the Obama Gang celebrated an unemployment rate that eventually fell below 6%, voters saw things more realistically, knowing that many of their comrades and relatives were still unemployed or had taken part-time work just to keep afloat. Like many of my fellow citizens, I can’t recall a time when I personally knew so many people who were out of work – some of them for long periods of time. According to the New York Times, only 61.8% of adult Americans were employed late in Mr. Obama’s second term. It was the lowest percentage in 15 years.

Although most Americans are not exactly students of political history and governance, they could clearly see how Mr. Obama’s socialism-push affected their own lives and livelihoods. Exhibit A was obviously the sluggish economy and the paucity of good-paying full-time jobs. But Exhibit B would have to be Obamacare – the 2010 law which placed one-sixth of the nation’s economy under governmental control. Originally sold as a wonderful new system that would lower medical expenses without disturbing current insurance plans and medical relationships that Americans wanted to retain, this “dream” legislation – enacted without a single Republican vote – became a nightmare for millions across the country.

Other commentators have detailed the many ways in which the changeover to socialized medicine has hurt citizens, so I won’t try to repeat those analyses. Suffice it to say that millions lost their health-insurance policies because those policies didn’t meet the new law’s standards. Myriad others are paying much higher insurance premiums and/or larger deductibles. And legions learned that their long-time, trusted doctors are no longer available under the law’s terms.

Finally, as a kind of “last straw” millions of workers had their work-hours reduced to under 30 hours a week – the AHCA’s arbitrary threshold for “full-time” status. Businesses are now required to furnish medical insurance coverage for full-time workers, unless fewer than 50 such people are on the payroll. The 50-employee threshold was another perverse reason for businesses not to expand, grow and hire new workers.

The Affordable Health Care Act – was ever a law so oxy-moronically named? – was cleverly rolled out through several election cycles to conceal its most onerous provisions until just after the “next” election. But that tactic could work only so long. Enough of the truth finally emerged to show how disadvantageous the whole business was going to be. There is little doubt that this dawning realization helped to produce the election “tsunami” of 2014 which swept Republicans into control of the Senate, and the electoral “earthquake” of 2016 that catapulted Donald Trump into the presidency. Politicians all over the world who thought they had the USA figured out woke up to the shocking reality of a new day when all the cards were thrown into the air. 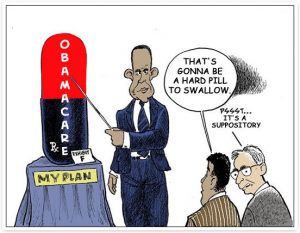 That many Democrat politicos foresaw neither the wave nor the earthquake indicates how clueless Mr. Obama, Hillary and their minions were about the electorate’s hostility toward socialism and its dismal economic fallout. For most of his term, Mr. Obama claimed that the economy was sub-par only because Republicans had “blocked” the good things he wanted to do. It was another whopper, and finally the longsuffering Hoi Polloi saw through it. Even Mr. Obama’s faithful young and minority voters deserted him, as these two groups suffered from unemployment rates far higher than in the general population. The jig was finally up, and there was nowhere left to hide from the wrath of the voters. Obama-socialism had crashed, and Mrs. Clinton possessed neither the personality nor the oratorical gifts to revive it.

Socialism’s earliest American application, at Jamestown, Virginia, was a complete failure, as the colony’s leaders quickly realized that individuals simply would not exert themselves unless they stood to gain from their efforts. The colony began to thrive only after people were granted title to their own land and full ownership of what it produced.

Americans have a recurring fascination with socialism for at least four reasons:

Have we seen the last of socialism? Hardly that. Currently we are spending two-thirds of all federal outlays – amounting to 14% of the country’s Gross Domestic Product – on Social Security, other income support programs, Medicare, Medicaid, all other health programs, and numerous programs for education, job training and social services. Polls continue to show that these programs enjoy wide support from the American people, although there is less support for the taxes needed to keep them going. This is the great conundrum that Republicans always face when they try to reverse our slide toward socialism.

Now, once again, Democrats have won control of the House of Representatives by promising their “true believers” that they would keep the gravy train rolling. At last they would implement socialism correctly. Of course, to do this they must first rid the country of Donald Trump. That will be their first order of business. My estimate is that it will be their only order of business until they sense that the voters actually want something more than “we hate Trump!”

Democrats’ newest champion of socialism is Alexandria Ocasio-Cortez, a rich girl from Westchester County who goes around pretending that she grew up poor in the Bronx. Her bold and frequently witless pronumciamentos on the grandness of socialism that she wants to give America have received much favorable media coverage. She has even been mentioned by the Great Mentioner as a possible candidate in Democrats’ holy quest to oust the hated Donald. In politics anything is possible, of course, but I leave it to the reader to calculate her chances. (If we elect her, we’ll deserve everything we get.) 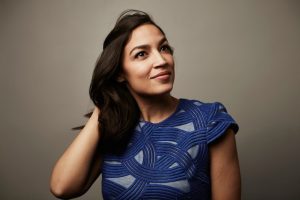 Republicans who ran the 115th Congress had a golden opportunity to begin dismantling the gigantic socialist edifice we’ve built over the last century. But they wasted it because too many of them didn’t like the cut of Mr. Trump’s jib, or actually thought he wouldn’t complete his term, or preferred the status quo. It was a mistake of historic proportions. Who knows when another chance to really accomplish something will come along? Probably not in my lifetime.

Long ago my elders taught me that you must use the tools that you have, and not waste time wishing that you had different tools. Numbers of Republicans would have benefitted from that lesson during Mr. Trump’s advent. Their country would have, too.