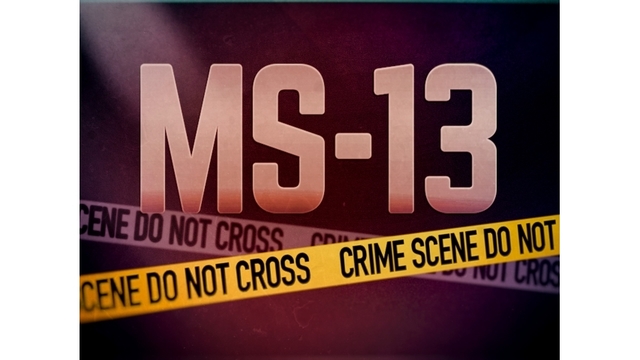 The suggested abolishment of the U.S. Immigration and Customs Enforcement agency, commonly referred to as ICE, may have ramifications on local safety and the re-election efforts of First District Rep. Rob Wittman and 10th District Rep. Barbara Comstock.

Both were key sponsors in legislation making communities safer from the growing menace of illegal alien gangs such as MS-13, who enter our southern border preying and recruiting within Hispanic communities.

President Trump spoke directly to the issue Monday during a White House event honoring ICE officials and their efforts.

Nevertheless, efforts to politically subjugate the issue occurred when 35 congressional representatives refused to back a recent resolution supporting ICE.

Comstock’s opponent, Del. Jennifer Wexton, incredibly has been reticent to acknowledge the growing problem in her region, where MS-13 gang violence has resulted in 40 deaths. She calls actions by Comstock and Wittman fear-mongering and race baiting.

Fear mongering and race-baiting? Does Virginia in its entirety need to turn into a national disgrace such as Chicago, which faces epic proportions of black on black or brown on brown crime daily?

Deciding whether the issue is responsible legislation or another attempt to undermine President Trump’s focus on jobs and safety, one simply need look at the facts.

Published reports indicate the majority of Fairfax County’s 2,000 gang members are affiliated with the MS-13 scourge. In Prince William County, a member of the anti-gang unit said late last year that nearly 1,000 actual gang members were present, with several hundred as part of MS-13.

And it’s hard to not correlate the gang increase with the rise of unaccompanied migrant children.

An act of compassion or not, the Obama-era unaccompanied alien children continue to be documented with large numbers of these individuals from Central American countries who are gang recruited, committing horrific crimes that include murder and rape.

Recently due to the professional efforts of Stafford Commonwealth’s Attorney Eric Olsen, Juan Pablo Rubio and Ronald Sylvestre-Torres — both undocumented with MS-13 ties — were convicted of second degree murder during a botched drug transaction against their victim, Jorge Leonardo Melo of North Stafford. Fortunately, due to Olsen’s tough-on-crime reputation, such gang related occurrences in Stafford remain rare.

In cooperation, InsideNoVa has been a forum for many voicing concern for combating gang violence, which I share after the brutal murder of my own godson by an MS-13 animal never prosecuted.

It was humbling to receive a Red Line Copy of H.B. 3249 signed by the president at a ceremony held in Wittman’s Stafford office recently.

But the actual credit for Comstock and Wittman’s needed legislation must go Stafford Sheriff David Decatur and Olsen’s diligence.

Olsen’s expertise has even been sought at the congressional level when he was called to testify last year before the Senate Judiciary Committee about events relating to the Larry Nassar child molestation cases.

And seven of Decatur’s officers were recognized with the ICE Interagency Award for their leadership and collaboration in the case involving Rubio and Silvestre-Torres.

In discussing regional gang violence with Olsen and his assistant Philip Chichester, both recognized the value of Comstock and Wittman’s legislation with the fact that 95 percent of U.S. crime is prosecuted by state and local prosecutors.

Wittman and Comstock indeed must be lauded for their anti-crime legislation, and with the president’s booming 4.1 percent economy and record unemployment level in the black and Hispanic communities at the lowest in history, crime can be deterred.

But not if ICE fails to be supported by maintaining funding for such programs with additional actions that secure our southern border.

Out of 50 million NOVA gets 15 million
and it is ***only*** to combat the
MS-13 illegal alien and with those shortcommings the taxpayer, the legal employee and legal employers are hosed.

Then the story reads the;
“Presidents booming economy”.
Uh,
I think that it is time to go after the illegal employer magnetizing th here.
If we passed E-Verify (including the 1099) legislation alone and had to file copies of the 1099 with the Va Dept of Taxation I wonder how much that would save the Federal Government?
Would that action increase wages and “broaden the tax base”?

That’s what you get out of this? “Racist” is what you play?

You are certainly not going to enjoy election night.

Throwing out the “r” word is a such a poor excuse for intellectual discourse. I am embarrassed for you.

C’mon we know that Republicans are not racist when it comes to immigration or illegal immigration for that matter.
In fact WDBJ-7 News is reporting that yesterday’s immigrant killer was working for a “prominent Republican”.
When it comes to illegal immigration Republicans are only using the issue to political gains AFTER one committs a violent crime or drug trafficking.
Republicans DO NOT ***ever*** bring up the illegal employment, employers or tax fraud for this is because not of racism but for profits and greed.

As a Stafford resident I am in complete agreement with this opinion piece. This is one reason I remain living here despite the horrid traffic which is another story.