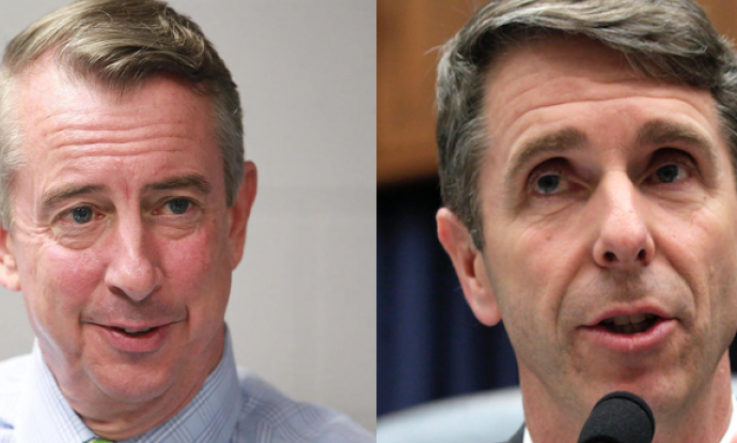 Yesterday’s announcement by Rep. Rob Wittman (R-VA1) that he would not be seeking the GOP nomination to succeed Gov. Terry McAuliffe next year has had immediate ramifications.

The bulk of GOP activists and leaders in the First District had been loyal to Wittman.  The people that know him best were also his most loyal supporters in his putative bid for Governor.  Now that he’s exited, the campaign of erstwhile rival Ed Gillespie is touting how they’ve been able to quickly pick up the support of Wittman’s key backers in his district, including conservative stalwart and First District GOP Chairman Eric Herr.

The Gillespie campaign released the following list of key First District endorsements a short while ago:

This list is in addition to a long list of support Gillespie had even prior to Wittman’s exit from the race.

This news comes as a blow to Prince William Board of Supervisors Chairman Corey Stewart, who himself resides in the First District, particularly with the Prince William leaders included on the list of endorsements.  It is also likely somewhat discouraging to upstart maverick candidate Denver Riggleman, who is rumored by many to be planning an announcement of his candidacy at this weekend’s Republican Party of Virginia Advance in Richmond.

It’s still very early in this race, and anything can still happen.  Corey Stewart is a fighter with a good record at winning in tough territory.  Sen. Frank Wagner (R-Virginia Beach) almost always outperforms expecations, and Riggleman appears to be capable of energizing a segment of the electorate looking for something different.

Still, so far, Gillespie is making all the right moves and, between this news and news of the hiring of the affable and well-liked Pete Snyder as his campaign chairman, he continues to cement his position as front runner for the 2017 nomination.

I respectfully disagree with your assertion about Corey not having the support of three officials from PWC.

None of the three PWC Gillespie supporters, supported Trump!
As a matter of fact School Board chair Deutsch worked against Trump in the general election.

Former PWC Chair Bill Card ran the PWC Rep Committee into the ground and made making the focus about him rather than building the committee. He may have Whitbeck hoodwinked but not the voters in the county.

I THOUGHT THIS WAS ABOUT GILLESPIE?
BUT IT SEEMS LIKE ANOTHER OPPORTUNITY TO BASH Trump?
how easy people are side tracked–
maybe if people paid attention– our country wouldn’t be in the condition we’re in

If Trump does not perform, then Gillespie is burnt toast. You cannot separate the two. The Republican Party is on trial now.

If Republicans could win statewide in Va., then I believe Wittman and Bell would both still be in the mix. If Trump is nothing but another lie, then Virginia stays blue.

Confessions of a Reluctant Trump Voter
.hopefully this pattern will continue’

Ok, let me get this straight.

But yet, isn’t Trump already profiting from these same foreigners who are booking events at Trump’s business interests? Such as the Trump Hotel down the street from the White House. So, it is righteous now because a Republican is doing the same thing?

2) Employment is much higher than Obama numbers indicate says Republicans. And yet, Trump gave a speech at the Carrier plant last Friday and said he had saved 1100 jobs, and it was really about 800. The confirmed difference is over 25%. Yet isn’t it considered righteous now because the Republicans are “cooking the books”?

3) When Obama said “if you like your doctor that you can keep them”, it was a terrible, terrible, lie. And yet, the things that Trump’s says that turn out to be lies, well, they were just rhetoric that should never have been believed in the first place, true?

At this point in time, prefer Denver Riggleman over Gillespie.. However I have no negative feelings concerning Gillespie and will be happy to support him if he is the nominee..

Those that have a vested political interest in the past here in Virginia and how we have always done things, either by holding previous or current elected office or serving in functionary supporting roles in the system, which frankly has delivered little tangible results to the Virginia voter for over a decade other then constantly increasing taxation and associated revenue and spending policies will likely have a solid support belief in Mr. Gillespie as the candidate for the continuation of these policies and the “way we Republicans do things” here in Virginia.

This is just human nature and it takes a strong individual to step outside the political party insider bubble and look at what it is truly producing for ALL of the state citizens and realize it’s failures and propose corrective actions that may well not be in your own best personal interests. It was the intent of the founding fathers with the role of the citizen elected official to function in this “outside the bubble” manner but frankly it’s rarely seen today except in exceptional instances (Virginia’s 11th District comes immediately to mind). Understand I have no issue with serving fellow party apparatchiks endorsing each other publicly and they can do so to their heart’s content.

I would only point out one critically important misunderstanding in my opinion and a clear flaw in this internal self promotion and that is that the party apparatchiks ARE NOT the parties’ base voters. One of the long lingering issues in Virginia Republican politics is this confusion between the organizational free association and the actual millions of Virginians that in the end will be the individuals that make the decision and confirm THEIR choice. I believe it’s a considerable overestimation to believe that these type of internal party self endorsements will sway many voters today in the age of Donald Trump. Perhaps Virginia is that anachronism or exception to the rule but I very much doubt it and this election will come down to the state’s voters choice of a continuation of the past or a new direction, the rest of the nation has already made their choice.

Gillespie’s or Republicans only chance at victory is to pull a Trump. Throw out the illegals, get tough on imports, build a wall, promise everything to everybody. Lie about everything. Change your promises at least twice a day.

The new standard for victory has now been established.

How do you know what the voters in the 10,11 and 3 districts want! Stewart and Vogel are great picks.

BTW- The three PWC supporters of Gillespie have no influence over the voters in PWC. None of them supported Trump and two of them actively worked against Trump.

Former PWC Chair Bill Card has lost more Elections as chair than any other previous chair.

It is a real bad sign for the Gillespie campaign to have the three PWC officials support him and a advantage for Stewart’s campaign.

I know what they don’t want in those districts because I looked at the past November numbers. Have you? I bet you do not even know the total numbers Trump lost Virginia by, much less what districts he lost.

Congressman Wittman looked at the November Virgina statewide numbers, and the Trump situation, and made a decision. A very good decision.

Today, I wouldn’t vote for Gillespie for dog catcher. Now, if Trump reels in China, slaps the promised 35% tariff on imports, shuts down the border, and sends the illegals home, I mite change my mind. But so far this looks like a continuation of stupid, opps, I mean the Bush 43′ disaster.

And, just as I said last week, now confirmed by Carrier, more like 800 employee’s keep their jobs. Not 1100 as Trump lied about. About 1300 + employee’s at Carrier Indy plants still lose their jobs to Mexico, and one Carrier plant in Indiana is still shuttng down and work transferred to the brand new Mexico plant.

Trump’s lies are going to end up hurting Gillespie next November. The Republican Party is now on trial. The left MSM is going to hunt down Republicans just like the right MSM has done to Obama for 8 years. They will never quit.

I really wish Trump would do what he said he would. Then we could all be happy! ?

Trump has been much more media savvy than I would have ever dreamed that he could be, and I can’t even put my finger on exactly what it is he’s doing that is working so well for him.

I look at the news and it’s like Trump is overwhelming the [insert issue]-pocalpyse journalists with so many new apocalypses that the news feed is jammed up with them. I mean at this point journalists’ heads are spinning, they aren’t sure where to focus all of their ire, should it be on Trump’s foreign policy, his cabinet picks, his tweets against a labor leader in California, or Taiwan, or his business conflicts, or, or, or, it’s like instead of tip-toeing through the landmines he’s the one causing the frenzy and somehow that’s working for him. I mean there’s only so many – WHATEVER TRUMP DID TODAY IS GOING TO DESTROY WESTERN CIVILIZATION FOR ALL ETERNITY articles you can read before you just roll your eyes and start ignoring the headlines.

One would think that The Donald’s TV series “The Apprentice” being a top rated show for 14 years would indicate that perhaps The Donald has a bit of media savvy. However in fairness, I must admit that more then once I was ready to toss my Trump gear and pick a new candidate since I just knew that he had ruined his campaign with some comment.
I have read all of his books and that really does help.

One thing I’ve learned from watching this campaign season is that he seems to be very good at upping the ante to a point that people stop playing, but then as soon as he wins he seems to become very gracious about the whole affair like it never happened and everyone was friends all along. It’s like he’ll say whatever he has to in order to win, but then as soon as he wins, and everyone knows he won, he turns right around and hands candy out to everyone he just kicked around lol. I’m not sure what to think about that lol.

Can you imagine if Putin, Merkel, and other leaders all started tweeting? Trump’s BS won’t work on the world stage without the customary check from our Treasury.

I only care about results. So far, to me it’s all been a facade. Necessary only because of the alternative, the Clinton clan.

And I wish people would quit constantly commenting here insipidly but I still do.

Tweeting allows direct connection with an audience, just like Reagan talking directly to the American people — bypassing medias and filters. And America likes it.