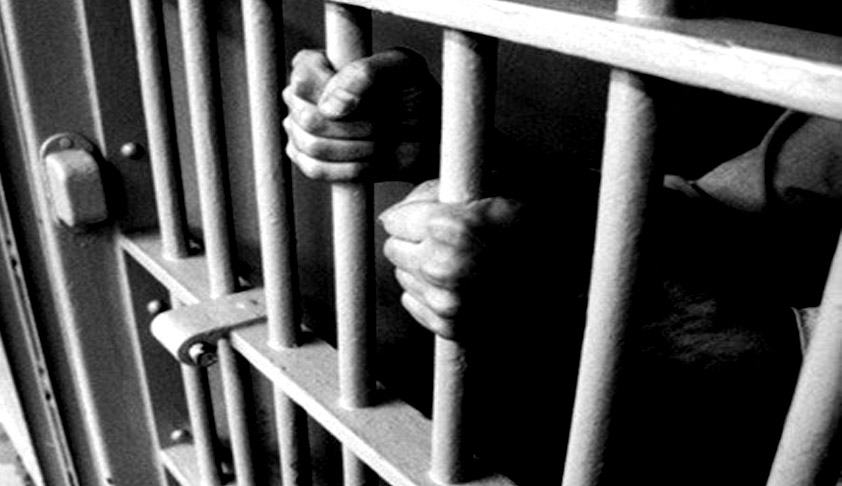 If you have to put someone in prison, it should be a murderer â€” who harms other people â€” not a drug user, who harms only himself.  Thatâ€™s true from a utilitarian perspective, or a libertarian perspective. But not from a â€œracial equityâ€ or â€œsystemic racismâ€ perspective, which focuses on racial outcomes, rather than peopleâ€™s safety, their right to live, or human happiness.

Equal racial outcomes are promoted by letting dangerous murderers out of jail earlier, rather than releasing harmless drug users. Thatâ€™s because murderers are heavily African-American, while most of Americaâ€™s drug users are white. Letting murderers out of jail makes the prison population less heavily black. Letting drug users out makes a prison less white, and more heavily black; that results in an even more racially disparate outcome. When Virginiaâ€™s legislature passed legislation in 2020 that allowed earlier release for non-violent offenders who behave while in prison, but not murderers or other violent offenders, some progressive commenters at the Richmond Sunlight web site complained bitterly that this would benefit mostly whites, rather than blacks.

Most people arrested for murder in 2018 were black. According to the FBIâ€™s Uniform Crime Reports, blacksÂ comprised 53.3%Â of all people arrested for murder and non-negligent manslaughter, even though blacks are only 13% of the U.S. population. This higher arrest rate is not due to police bias, but rather due to the higher rate of murders committed by blacks.Â As the American Journal of Preventive Medicine hasÂ noted, â€œHomicide rates have consistently been at least ten times higher for blacks aged 10-34 years compared with whites in the same age group between 1995 and 2015.â€

Thatâ€™s not because arrests for violent crimes are plagued by racism. They arenâ€™t. Unlike drug laws, which are very unevenly enforced and can be selectively applied against African-Americans, laws against violent crime are generally enforced in a consistent and even-handed manner by the police, as a January 2021 study by the Bureau of Justice Statistics found. It examined arrests for serious nonfatal violent crime, where blacks are arrested at a much higher rate than whites, and found no sign of racial bias against blacks. As it found, â€œWhite and black people were arrested proportionate to their involvement in serious nonfatal violent crime overall and proportionate to their involvement in serious nonfatal violent crime reported to police.â€ This was true, even though blacks are arrested for serious crimes at a much higher rate than whites. As the BJS explained, â€œBlack people were overrepresented among ofenders in nonfatal violent crimes overall (29%) relative to their share of the U.S. population (13%). Half of all offenders involved in robbery (51%), a third involved in aggravated assault (34%), and more than a ffh involved in simple assault (23%) and rape or sexual assault (22%) were black.â€ (These quotes are from Allen J. Beck, Race and Ethnicity of Violent Crime Offenders and Arrestees, 2018, released by the Bureau of Justice Statistics in 2021.)

Historically â€” and even today â€” most employees at libertarian think-tanks have focused on releasing drug offenders from prison, rather than violent offenders. The Cato Instituteâ€™s Jay Schweikert recently said that incarceration â€œshould be treated as a last resort,â€ for â€œdangerousâ€ criminals. Logically, that would mean murderers and violent criminals should be in jail, rather than drug users, even if releasing drug users leads to a prison population with a darker complexion.

The libertarian Cato Institute has also rejected a focus on racial outcomes in areas like housing and higher education, filing well-written court briefs in support of challenges to racial preferences in state college admissions, and against liability for colorblind rules that have a racially â€œdisparate impactâ€ in areas like housing and credit. The Cato Institute has a long and commendable record of supporting civil liberties, and opposing social engineering to achieve particular race-based outcomes.

But now, some employees at the Cato Institute are beginning to advocate focusing on racial outcomes, rather than colorblind application of the law. A March 30 podcast by the Cato Instituteâ€™s Caleb Brown with former Cato Institute employee Jonathan Blanks touts a definition of â€œsystemic racismâ€ that could be used to undermine criminal-justice reform (such as measures to release non-violent drug offenders, who are mostly white). The conception of â€œsystemic racismâ€ that Blanks touts has already been used to harm Asian-Americans, as is explained further below.

The description of the podcast states that â€œUnderstanding what systemic racism is requires an understanding of what it isnâ€™t. Jonathan Blanks of The Foundation for Research on Equal Opportunity details a few important distinctions.â€

Blanks rejects a focus on equal opportunity and colorblindness, in favor of eliminating â€œdisparateâ€ racial â€œoutcomes.â€ In the article that Caleb Brown links to, Blanks states,

Systemic racism refers to racially disparate or concentrated deleterious outcomes that follow from policies in a system, not systems full of racist peopleâ€¦Describing something as systemic racism is not an accusation that everyone in that system or profession is racist, but that these systems cause harm along racial lines, regardless of the intent of its participants. In many ways, systemic racism is a way to explain how non-racist people can inflict racial harms even when they have good intent. Whatever one thinks of the concept, this is a rough sketch of what systemic racism means. My former colleague Mike Tanner, a committed libertarian and longtime policy scholar, has a nice primer on systemic racism at his personal blog.

This definition is not only wrong, it also has grim consequences for members of a minority group: Asians.

This notion of systemic racism as being about outcomes, was used by the Virginia Attorney Generalâ€™s office to strike down the colorblind admissions policy of Loudoun Countyâ€™s selective schools, because the schools were admitting too many Asians, and too few blacks and Hispanics (and whites). The civil-rights division in the attorney generalâ€™s office found that the school district had committed â€œsystemic discriminationâ€ (disparate impact) by by using racially â€œneutral,â€ colorblind selection processes that admitted disproportionately fewer blacks and Hispanics than their share of the school districtâ€™s overall population. This colorblind admissions process also resulted in whites being underrepresented. (See Final Determination, NAACP Loudoun Branch v. Loudoun County Public Schools, Division Case No. 19-2652, at pg. 35 fn.28, pp. 36-38).

The attorney generalâ€™s office noted that Asian Americans were â€œoverrepresentedâ€ and Caucasians â€œunderrepresentedâ€ in the â€œapplicant pool.â€ (See Final Determination, at pg. 8).

So the concept of â€œsystemic racismâ€ was used to attack a merit-based admissions process, because members of a hard-working and productive minority group (Asians) disproportionately qualified for admission.

School systems are using similar definitions of â€œsystemic racismâ€ to adopt what are de facto racial quotas in student discipline, at the expense of colorblind treatment of students. For example, the Loudoun County Schoolsâ€™ â€œAction Plans to Combat Systemic Racismâ€ focuses on the â€œdisruption and dismantlingâ€ of school systems, such as discipline, that fail to generate â€œequitable outcomes.â€ â€œEquitable outcomesâ€ does not mean equal treatment, but rather, each racial group receiving the same statistical outcome. For example, discipline processes that lead to a higher proportion of one racial group being disciplined than another are not considered â€œequitableâ€ even if each individual student is treated the same.

Colorblind school discipline rules lead to different outcomes based on race, because of different misbehavior rates for different groups. Education researcher Michael Petrilli is the president of the Thomas B. Fordham Institute, one of the countryâ€™s leading education-policy think tanks. He points out that in â€œ2015, high school students were asked if they had been in a fight on school property at any time in the past 12 months. African American students were 2.2 times more likely to say yes than white students â€” 11.4 percent to 5.2 percent.â€ So black students admit to violating school rules at a higher rate than white students. That means higher black discipline rates are not due to racist teachers or principals.

But the concept of â€œsystemic racismâ€ treats teachers and principals as being at fault when they discipline black students at a higher rate, simply because that involves unequal racial â€œoutcomes.â€ Thatâ€™s a problem, because demanding race-based equal â€œoutcomesâ€ leads to racial quotas in school discipline, as was recognized by the Chicago-based Seventh Circuit Court of Appeals. It struck down a rule requiring a school district not to discipline a â€œhigher percentageâ€ of black students than white students. (People Who Care v. Rockford Board of Education (1997)).

Jonathan Blanks, who focuses on racial â€œoutcomes,â€ endorsed Washington, DCâ€™s â€œSecond Look Amendment Actâ€ while working at the Cato Institute. That recently-passed law makes prison inmates in Washington, DC eligible for release and resentencing after 15 years, if they committed their crime before age 25. Most inmates in DC serving 15 or more years are murderers, including some serial killers. No such inmates are there for simple drug possession. So the Second Look law is of no use to non-violent drug users. Instead, itâ€™s useful to violent criminals.

Because Washington, DC is a fairly lenient jurisdiction in how it sentences murderers, and violent criminals in general, there really isnâ€™t much need for the Second Look Act in a place like Washington, D.C. â€” unless you have a myopic focus on racial outcomes. The vast majority of convicted murderers in DC are African-American, and that seems to have driven support for the Second Look law, under the misguided notion that its passage was needed for racial â€œequity.â€ Lost in the racial-justice rhetoric is the reality that most murder victims in D.C. are also black. Indeed, half of all murder victims in America are black, according to NPR, even though only 13% of all Americans are black.

Although the media doesnâ€™t like to report it, murder is disproportionately a black-on-black crime: In 2018,Â 89 percentÂ of blacks who were murdered were killedÂ by other blacks, according to data from the Justice Department.

James Wilson is a lawyer who writes about law and policy for libertyunyielding.com