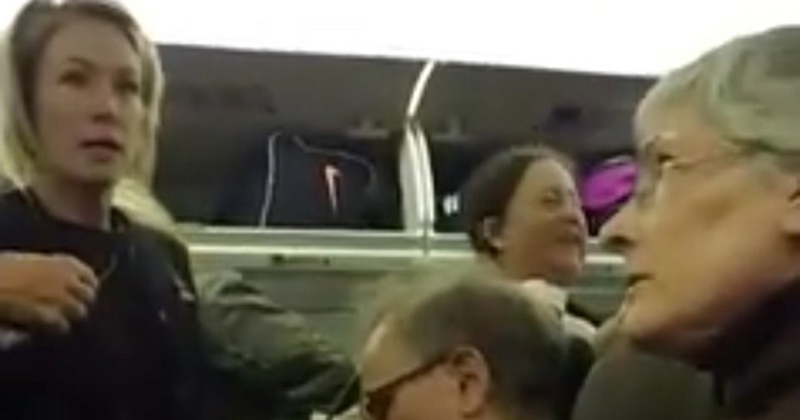 This idiot woman on a flight from Baltimore to Seattle thought it was just fine to berate the man sitting next to her because he supports Trump.  She is finally forced off the plane by the police to the cheers of the other passengers. The story is here with the videos, definitely worth a watch. The left are such bullies and they expect to get away with it. This time they didn’t.  Can anyone identify this hateful woman so we know who to avoid?  She lives in Portland Oregon. More coverage of the story here.

Statement from Alaskan Airlines about the incident:

“The female passenger was insulting passengers in the boarding area and then onboard the aircraft. Several passengers expressed concerns about her behavior. We stand by our employees’ decision to remove the disruptive passenger,” the statement said.”