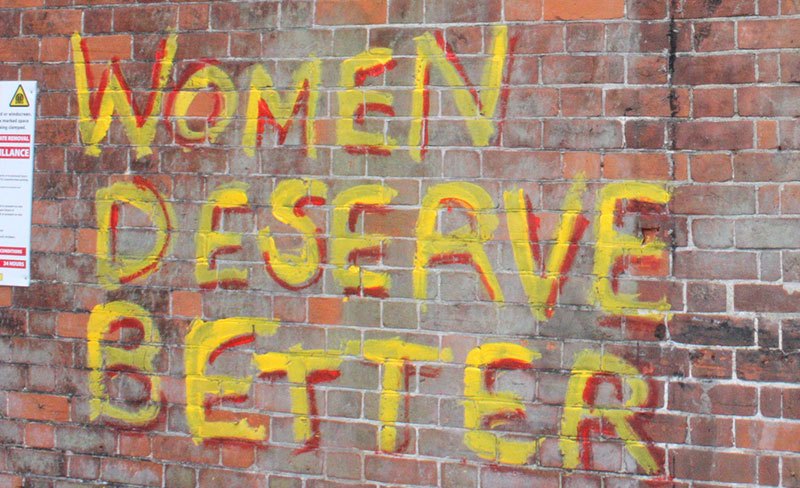 I am going to discuss a few things that some may find uncomfortable, but it’s a discussion that must be had. It’s admittedly, a rant, but as a woman I have had enough. The left is screaming for “women’s rights” while at the same time, painting women as victims suffering financially from having to buy feminine hygiene products.

They are screeching about “healthcare,” while lowering the standards of compliance for abortion facilities.

It’s more about posturing for the women’s vote than actually doing something meaningful with their time in Richmond.

This year’s General Assembly bill and resolution line up includes a variety of measures that improve the lives of the people of the Commonwealth, however, one bill in particular does the opposite: SB 201 introduced by Senator Barbara Favola (D) of Senate District 31. The bill, Co-Patroned by Senators Janet Howell (D) and Mamie Locke (D), reads as follows, “Removes language classifying facilities that perform five or more first trimester abortions per month as hospitals for the purpose of complying with regulations establishing minimum standards for hospitals.”

By striking this language to Code of Virginia (Section 32.1-127) minimum standards will be in place and it will be less burdensome to become a licensed abortion provision facility. The women of Virginia deserve better standards and regulations than my veterinary clinic.

Then, there’s House Bill 25, patroned by Jennifer Boysko (D) that would eliminate the tax on menstrual products during the tax free weekend on school supplies the first weekend in August. Though I believe that we are overtaxed as citizens, this is a bit ridiculous, and frankly, a waste of legislative time.  Does the Delegate believe that we women will rush out to the stores that weekend and stock up for the year to save, what? Five dollars, maybe? In my opinion, this bill is nothing more than political pandering to women. AND, did you know that the General Assembly buildings have a handy supply of free menstrual products for employees and visitors at the expense of the citizens? Cozy and nice, huh?

And don’t forget House Bill 83, patroned by Delegate Kaye Kory (D), that if passed would provide for FREE menstrual products for inmates.  This too is a misuse of public funds—-your funds. I am all for human dignity in incarceration settings, but this is about personal responsibility. The responsibility of the person and their family to take care of these needs, or better yet, if Delegate Kory feels that free menstrual products are required, get local organizations to raise the funds. Don’t burden the taxpayer.  This a great opportunity for communities to step up on a personal, not a government, level.

Delegates Boysko and Kory, the women of Virginia would rather see you both be the champion of reducing the state’s growing social welfare budget so we can put more money back into our family pocketbook.

We want real solid legislation that allows us greater choices for the education of our children and decreased regulations on our small businesses.

How about reducing the income tax, or the sales tax, or any tax for that matter?  The real issues facing women are the power bills coming in the mail every month, and putting food on the table. Focus on the dignity of being able to have a good paying job and health benefits provided by a REAL open market.

Alright, my rant is over. I hope women across the Commonwealth will agree that our legislators should be doing more for women by focusing on growing our economy, making our communities safer, and offering efficient government services.

Women deserve better legislation than what is being proposed in this year’s General Assembly was last modified: January 16th, 2018 by Guest Contributor Diana Shores

Do I understand you correctly?

Specifically, you oppose efforts to make feminine hygiene products available at no cost through the institution that incarcerates female inmates. And you oppose any tax relief for these same items when sold.

In addition, you wish to see facilities that terminate pregnancies remain classified as hospitals.

I think I understand you. I disagree with your “rant” on each of these points because 1, I want as little government as possible and 2, I think we should meet the physical needs of those we incarcerate (precisely because we take them off the market for meeting these needs themselves).

If I misunderstand you, please elucidate just what I am missing.

I agree women deserve better, they lead lives of misery and nobody seems to give a rat’s ass about it. When are we going to do something about these deplorable outcomes …

Sucks to be a woman, we should definitely do more to help them.

You’re right! We should do more to open the markets, keep their families together (if its possible), and provide community based support for her. Community is the answer; government is not the answer.

I hope all realize this is a joke … not the stats, but the gender.