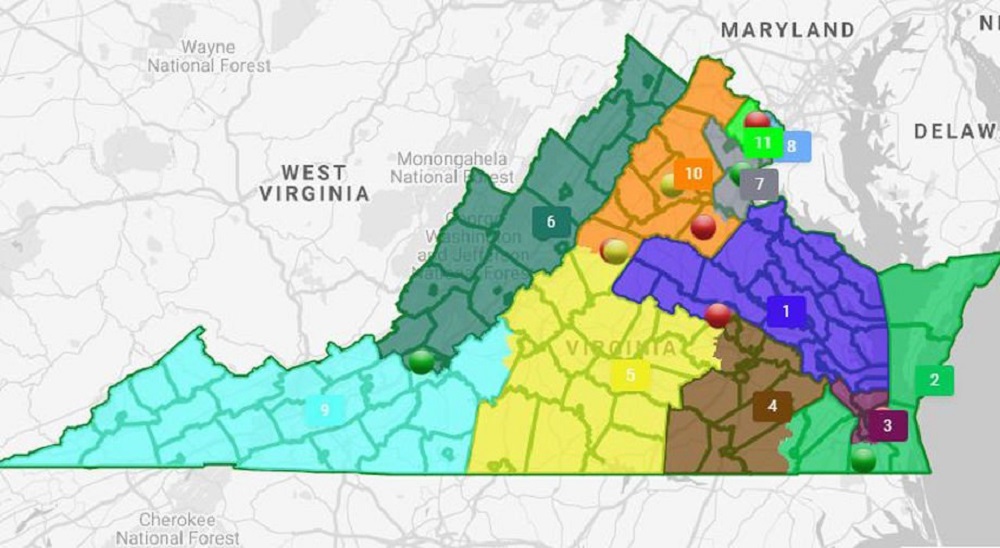 Written comments on redistricting due by next Monday, December 20th

Last week the Virginia Supreme Court released proposed redistricting maps for Congress, House of Delegates, and the State Senate. They may be viewed here.

>>>The Court will continue to receive written comments from the public, including elected officials, and to post them on the Courtâ€™s public website. Comments on maps proposed by Special Masters may be made directly on the interactive maps by clicking on the appropriate link on the Courtâ€™s website. (Here)

All other public comments, including those made by elected officials, should be submitted to [email protected] and will be posted and accessible through the â€œPublic Commentsâ€ link on the Courtâ€™s website and must be germane to the topic of Virginia redistricting.

Written comments on redistricting due by next Monday, December 20th was last modified: December 13th, 2021 by Jeanine Martin

One US Congressman cannot exactly represent the varied interests and political desires of each and every one of his/her 784,672 constituents. It’s impossible. That’s why the primary criteria for drawing the districts should be geography that encircles approximately 784,000 citizens. Period. Forget where the incumbents live. Forget so-called communities of interest. Forget everything else. Just go with geography and let the cards fall where they may.

the plan also puts Democrats Bobbie Scott and ELaine Luria in the 3d, but one does not have to live in the district , just the state. But it still gives reason for opponents to raise the “carpetbagger” charge . Splitting Loudoun into 2 congressional districts means the county has 2 people in Congress to help it, if they do that. My guess is the Supreme Court isn’t going to finagle with the boundaries much.