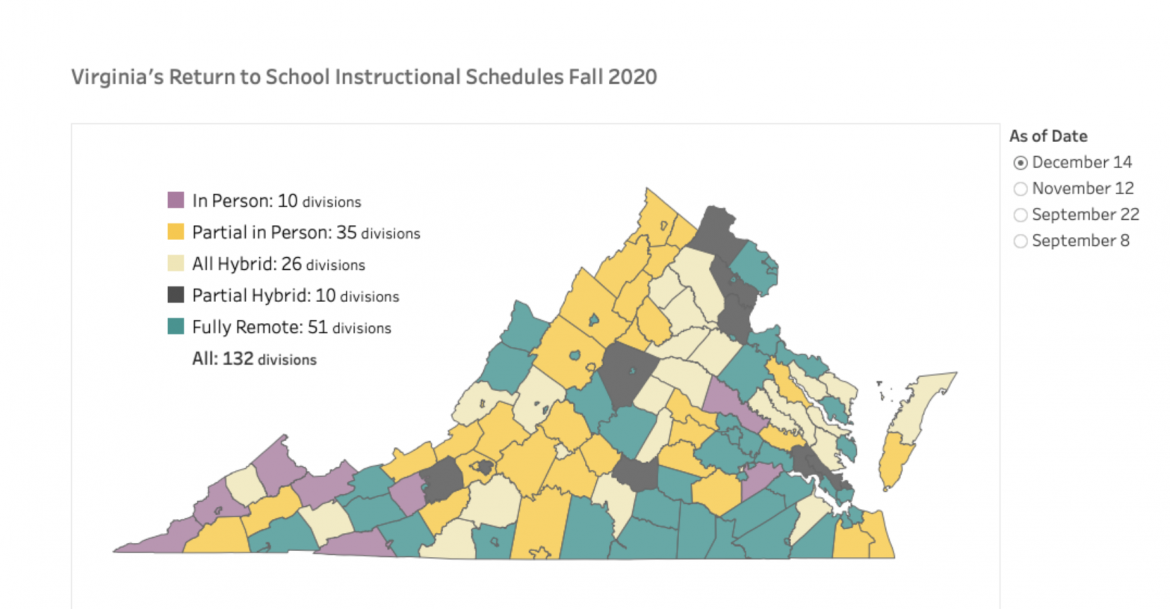 This essay will recommend that each school board implement what the title suggests. The concept is far from fanciful. COVID-related learning losses are extreme.  Summer learning losses are also a big factor on traditional school calendars.  Year-round schools are acknowledged to improve student learning, and Virginia is on board with year-round schedules.

It is up to each school board to decide. There is no slack in the schedule to decide. Each needs to make a decision in January for the decision to gain funding support by the Governor and General Assembly.

Year-round public school is not an experiment

The point is that a school board in Virginia may not know how to make the transition but there are school boards, and their consultants, who have done it successfully.

Year-round Schools are an investment in equity

Realize that year-round schools are considered an investment in equity even without the COVID interruption.

I think we should have longer school years. We now have our kids go to school about a month less than most other advanced countries, and that month makes a difference. It means that kids are losing a lot of what they learn during the year during the summer. It’s especially severe for poorer kids who may not be – may not see as many books in the house during the summers, aren’t getting supplemental educational activities.

The idea of a longer school year, I think, makes sense. Now, that’s going to cost some money. Here’s an example of where you’ve got a good idea of reform: make sure our kids are in school longer. Well, that means the school is open, you’ve got to pay teachers, custodial staff, etc., but I think that would be money well spent.

Notably, the NEA does not oppose year-round schools, opining only that teachers should have a say in their programmatic design.

No new laws need to be written in Virginia.

Code of Virginia § 22.1-79.1. Opening of the school year; approvals for certain alternative schedules authorizes school boards to switch to year round schedules. That law and appropriations act funding for planning and start-up of year-round schools to improve student achievement have been in place since 2014.

They in turn are based on a 115-page, 2012 JLARC Study Review of Year-Round Schools. It is very useful to understand the thinking, experiences and rationale behind year-round schools. School boards and other readers may wish to refer to it before commenting.

The law and appropriations have been supported by both parties. See the VDOE webpage Year-Round and Extended Schools for program details. The funding policy detailed in the Superintendent’s Memo Fiscal Year 2021 Planning and Start-up Grants for Extended School Year or Year-Round School Programs is linked from that web page.

Solutions are up to each school board

So the ball is in the courts of the school boards.

Chapter 4 of the JLARC study linked above is titled Teachers, Administrators, and Parents Support Year-Round Schools, but Acknowledge Challenges. It provides a wealth of information.

It will be crucial for each school board get those groups onboard. Easy to say, but difficult to do without real work.

Start with the concept that children’s educations must be made whole after COVID and work from there to hear other ideas. Consider any other ideas, but only on that baseline.

There are several scheduling models that have proven successful and participating school boards can pick one.

The most popular year-round schedule is what’s called a 45-15 plan, in which children attend school for 45 days then have three weeks off. This schedule cycles consistently throughout the year while making minor adjustments for major holidays and teacher workdays.

Other popular year-round schedules are the 60-20 and 90-30 calendars, where students are in class for 60 or 90 days with vacations of 20 or 30 days respectively.

The proposal for year round schools to correct for COVID learning losses must be for more than 180 days per year. I suggest we need to add a month to the in-class school year each year to make up the losses.  School districts on non-year-round schedules can eliminate a month of current summer vacation.

For year-round school, a classic 90 on 30 off plan yields 192 days (weekends subtracted from 270) of instruction minus holidays and teacher in-service days, so about what we have now. In that schedule, one of the 30 day breaks spans from early December to early January. So that schedule provides roughly the same number of in school days. It’s biggest advantage is lack of summer learning loss, which has proven in studies to be a big advantage indeed.

School districts shifting to year-round schedules to mitigate COVID learning losses and summer learning losses would want to consider 100 on and 20 off schedule for three years or so to gain back the COVID learning losses. For teachers and children, that would result in an extra 22 days a year in class with shorter breaks. Teachers would still have 60 days of paid vacation annually and teacher schedules would, as now, align with the schedules of the school children of teachers who live in the district in which they teach.

That 100/20 change could be permanent for some districts or temporary until SOL results showed kids were back on track.  Districts with large numbers of disadvantaged children or those simply wishing to enrich learning may wish to consider making the 100/20 schedule permanent.  That was President Obama’s point.

The calendar model chosen will be part of gaining teacher and parent support.

After winning approval of school boards, the issue is funding. Virginia’s 2020  Appropriations Act did not anticipate a surge in statewide demand to go to year-round schooling based on COVID learning losses.

The first question is what will it cost.

Since cost is based on demand, Virginians will need their individual school boards to consider as soon as the holidays are over whether they wish to go to a year-round schedule starting in 2021-2022.

I suggest many school boards may have no choice but to go to year round schooling if the funding is made available.  If there are alternative ways other than year round schooling that children can be made whole in their educations then they should be brought forward and evaluated.

There is actually a state funding policy in place for both planning and execution of year-round schooling. Planning grants are capped at $50,000. Applications must include evidence of commitment to pursue implementation.

Recipients of either a planning or start-up grant (except as noted below) must provide a 20% local match to the state grant amount awarded.

The per school amount may be up to $400,000 in the case of school divisions with schools that are already failing their kids by state measures of quality. Those school divisions do not have to put up a 20% match.

The applications for state grants will be due in June, but the Governor and the General Assembly will need some estimate in the upcoming January session if they are to do anything about increasing state funding in this non-budget year.

Increased teacher pay is on the state’s budget agenda.  Year-round school is not an increased commitment in teacher time on the classic models.  Teachers who teach in excess of 180 days in an expanded school year should be paid a per-diem pro-rated to each teacher’s salary for the extra days.

One thing the Governor and the General Assembly can do is to fence for year-round schooling some of the money for schools in the upcoming round of federal COVID appropriations.

The Federal Department of Education sent out a letter on December 1 encouraging State School Officers (Superintendent of Public Instruction in Virginia) to request flexibility in the uses of such money.

I personally do not see an alternative to year-round school to fix the problem, but others may.  If so they need to bring them forward. Now.

But we absolutely must help our children get back on track academically. School boards must work with teachers and parents to formulate a plan and execute it.

Year-Round School in Virginia until COVID Learning Losses are Made Up was last modified: December 23rd, 2020 by Guest Contributor James C. Sherlock