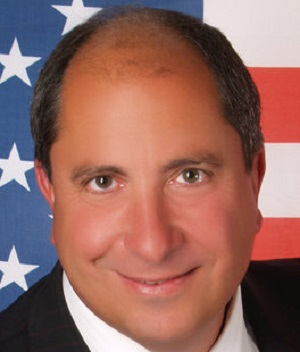 There’s nothing more fun than making campaign mountains out of personnel mole hills.[read_more]

Matt Hall at Bearing Drift reprinted a post from Fredericks this morning which Mr. Fredericks had offered as a guest post to The Bull Elephant yesterday.  We chose not to run it because it does not reflect what we know to be true, though in fairness to Hall, those from outside the immediate environs of the campaign might be forgiven the mistake.

Fredericks gets one thing right.  Rollin Reisinger, former campaign manager for Susan Stimpson’s bid to unseat House Speaker Bill Howell (R-Stafford), resigned his position a few days ago.  Fredericks then extrapolates this bit of bad news into a conclusion that the Stimpson campaign is doomed, and that “[t]his race is approaching blowout status.”

That’s nonsense.  (We suppose that begs the question, “Is it time to call this race?“) (tongue planted firmly in cheek, ICYMI).

Does the Speaker have huge advantages in fundraising, and concomitant strength in things like paid volunteers, staff, and mailers? You bet…by a long shot.

But make no mistake, the Speaker will have to work for his renomination, if he gets it. He’ll need that superior organization and firepower. Howell knows this, and makes a point of telling Republican audiences that he doesn’t take this race for granted.  There’s a good reason he’s spending that kind of money in his own district and not elsewhere, and that has to do with the strength of Stimpson’s message on taxes, and her tirelessness and prior successes as a grassroots campaigner.

When reached for comment about the Reisinger departure, both campaigns decided they had better things to talk about.  Howell spokesman Matt Moran had this to say:

As we have been all along, we’re focused on running our campaign and sharing the Speaker’s record of proven, conservative leadership with the voters of the 28th District. We’re very excited by the response to our consistently positive message and we’re going to keep building on that momentum.

We received the following statement from Ms. Stimpson:

Our campaign has been disciplined, both on my key message of keeping taxes low, and on the number of voters I have personally met with.  This is a race that requires perseverance and commitment—both of which I have.  I also care deeply for the people of Stafford and Fredericksburg, and I want each person to live and to live abundantly.  Our campaign is all about liberty and trusting the individual to navigate his or her own course.

Campaign staff changes are nothing new in politics, and despite the efforts of some who wish to reverse the conservative tide, we remain 100% focused on our goal — victory on June 9th.

Having a staff shakeup less than six weeks out from election day is undeniably not good news, even if only because it is a distraction from the real issues.  But it may or may not be a sign of actual trouble.  Something like this is certainly not unheard of, even in successful campaigns.  We just don’t know the whole story.

But what we do know is that VPAP shows that Stimpson has raised $76,000 as of the last report.  That’s nowhere near Speaker Howell’s total, of course, but it far outstrips a whole lot of other candidates, including every other candidate (incumbent or challenger) in contested House primaries this year.  Del. Chris Head (R-Roanoke) raised the most of this bunch among Republicans, at $42,000.  Former Del. Mark Dudenhefer, who has only been out of office two years and has many of the same advantages as incumbents, raised $37,000 (including $500 from your humble correspondent).  These are healthy numbers for House races at this point in the cycle.  So while she’s being outspent by a lot, and surely wishes she had much more cash, it’s not as if she doesn’t have a respectable ability to get her message out.

All of this is simply to say that it is ridiculous to characterize the race in the 28th House of Delegates as “approaching blowout status.”  Howell still has advantages on most available metrics, and still must be considered the conventional wisdom favorite.  And let’s not forget recent history, when conventional wisdom got thrown out on its ear.  From my vantage point in Stafford, both campaigns are reaching and engaging lots and lots of voters, and this race has a long way to go yet.

But if the premature and overblown schadenfreude triggered by a staff departure is any indicator of what’s in store, it’s going to be a bumpy ride in the closing weeks.