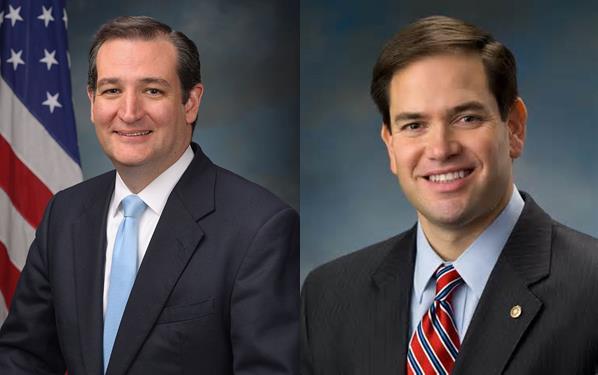 Last week Donald Trump demonstrated that he is really worried about Ted Cruz and his rise in the polls, because he has subtly been trying to push the idea that Cruz is ineligible to be President.  This is not the first time the issue has come up, about both Cruz and Marco Rubio, but this issue is a red herring meant by Trump to discredit Cruz while trying to make it look like he is not attacking his closest rival for the nomination.

There are three required qualifications to run for President of the United States:

3.  Be a Natural Born Citizen, or a citizen of the U.S. at the time of ratification of the Constitution

The consternation over the eligibility of Cruz and Rubio come from what it means to be a Natural Born Citizen.  Ted Cruz was born in Canada to an American citizen (his mother).  Neither of Marco Rubio’s parents were U.S. citizens at the time of his birth, but he was born in the United States in Miami, FL.

In simplest terms, a Natural Born Citizen of the United States is somebody who is a citizen of the United States at the time of their birth.  In other words, the individual does not have to apply for citizenship in order to become a U.S. citizen.  They simply are one from the moment of their birth.  (Interestingly, the process for an immigrant to become a U.S. citizen is called “Naturalization”.)

There are two ways to become a natural born citizen.  The first is to be born in the United States.  In this scenario, it doesn’t matter whether or not the person’s parents are U.S. citizens.  The very presence on American soil at the time of birth confers upon the child the right of U.S. citizenship.  This is the scenario for Marco Rubio (and Bobby Jindal as well, but he has already dropped out of the race).

The second way to become a natural born citizen is to be born to at least one parent who is a U.S. citizen.  Either your mother or your father can be a citizen.  It doesn’t matter which one, and it doesn’t matter where you are born.  The parental lineage of citizenship confers to their children.  This is a concept which comes from English Common Law, which was a foundation for both the Constitution and early American law.  This second scenario not only covers Ted Cruz, but also former Presidential candidate John McCain, who was born in the Panama Canal Zone.

For an excellent article on the subject, you can read this piece from Neal Katyal and Paul Clement, two Solicitors General from two different Presidents (Katyal works for Obama, and Clement worked for George W. Bush), in the Harvard Law Review.

Some people have raised the question about the differences between citizenship requirements for serving in Congress (or other State level offices) and for serving as President.  The difference is this:  if you were not a U.S. citizen at birth but applied for, and were granted, U.S. citizenship at some point in your life, you are eligible to serve in Congress or in State offices.  This is how Arnold Schwarzenegger was able to serve as Governor of California.

I’m sure there will still be conspiracy theories out there, and I am sure Democrats will try to make noise about this, especially after all of the issues raised about Obama’s birth certificate.  But the simple fact of the matter is that both Cruz and Rubio are Natural Born Citizens.