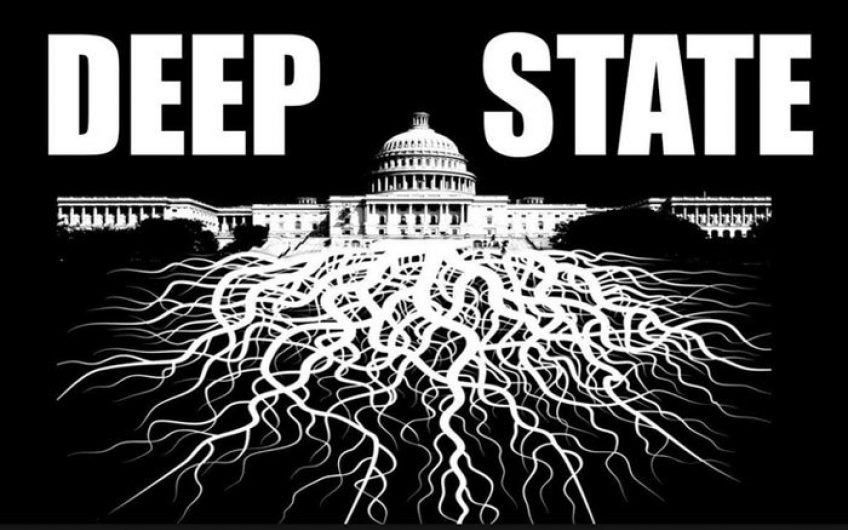 Yes, Virginia, there is a Deep State

In 1897 Dr. Philip O’Hanlon was asked by his then eight-year-old daughter, Virginia O’Hanlon whether Santa Claus really existed. O’Hanlon suggested she write to The Sun, a prominent New York City newspaper at the time, assuring her that “If you see it in The Sun, it’s so.” Dr. O’Hanlon had unwittingly given one of the paper’s editors, Francis Church, an opportunity to rise above the simple question and address the philosophical issues behind it. Church was a war correspondent during the American Civil War, a time that saw great suffering and a corresponding lack of hope and faith in much of society. Despite this he responded, “Yes Virginia there is a Santa Claus …” and the rest is history.

Much as little Virginia O’Hanlon asked, her father if there was a Santa Claus as a skeptic by nature, I have asked myself over and over for the last three years if there really is a “Deep State.”  As one who served in the government of the United States for over forty years both in uniform and as a civil servant, I found it hard to fathom that others like me who took an oath to support and defend the Constitution could make a deliberate and calculated effort to undermine and destroy the lives of others in government who have different political views. I initially thought those who supported a Deep State came from the same crowd who argued that we did not actually land on the moon or that the Earth is flat.

Although initially an ardent skeptic of the Deep State, recent events have proven me wrong. The cruel and unspeakable persecution of General Michael Flynn and the vendetta against then candidate Trump should shock each American regardless of their political affiliation.  Never in our history has an administration such as that of President Obama and Vice-President Biden used the tools normally reserved to combat our foreign adversaries to spy and destroy its own citizens under the guise of national security.

Newly released documents indicate President Obama had intimate knowledge of the details of Flynn’s wire tapped phone calls, which the FBI acknowledged at the time were not criminal or even improper. This raised eyebrows because of President Obama’s  own personal history with Flynn and because top FBI officials secretly discussed whether their goal was to “get [Flynn] fired” when they interviewed him in the White House on January 24, 2017.

Obama personally had warned the Trump administration against hiring General Flynn, and made clear he was “not a fan,” according to multiple officials. Obama had fired Flynn as head of the Defense Intelligence Agency in 2014; Obama cited insubordination, while Flynn indicated he was pushed out for his aggressive and not politically correct stance on combating Islamic extremism.

Unfortunately, yes Virginia in a country that prides itself on individual freedoms and liberty there is a cruel and sick Deep State that resides within. It is despicable and I am sure more revelations will follow and those responsible should be held fully accountable.

Yes, Virginia, there is a Deep State was last modified: May 9th, 2020 by Guest Contributor James Poplar