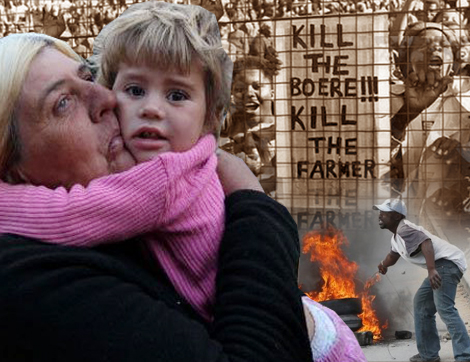 Untold numbers of people and families have escaped totalitarian and oppressive regimes with just the clothes on their backs. Some swam across treacherous rivers; some cut through barbed wire; some hid on the floorboard of a car, some fit into the carved out car seats; some walked across the desert, through dense forests, climbed mountainous terrain, or hiked into steep valleys.

Once they escaped dangerous territories, the surviving defectors trekked to the west, to freedom, to America, the shining city on the hill that held the promise of freedom and the opportunity to succeed, if they were willing to work hard and integrate into society peacefully and productively.

Things have changed in the last twenty years, borders are being erased by the liberal elites, countries are succumbing to multiculturalism and the invasion of the third world interested solely in redistribution of wealth or as the leftist PC police have told us repeatedly, social justice – code word for communist taking from the productive and redistribution to the unproductive as reparations for perceived grievances and injustices of the past.

The latest leftist euphemism, agrarian or land reform, hides the true goal of confiscation of land from white farmers in South Africa who must agree to a ten percent purchase price or else. Black South Africans have already been encouraged by their president to “cut the throat of whiteness.”

And so the white farmers must leave everything they’ve ever known behind, their homes and the rich farm land their families have turned productive from wilderness areas, and must flee to escape with their lives.

How long will it be before the productive farm land will become a wasteland and the formerly agricultural rich South Africa will turn to the World Bank for food handouts and imports like the former Rhodesia did when it became the bankrupt Zimbabwe?

Millions have escaped from communist regimes; sadly, many did not make it, shot at the border during their attempted escapes. Those who fled made it to the free west and were eventually able to return to their homelands for brief visits or even come back for good after the fall of communism in 1989.

A successful family now living and thriving in California, brother, sister, and mother had escaped from Iran. As defectors, they could no longer visit the country of their birth, the place where their dad had been buried. The closest they could get on a recent trip was the border between Turkey and Iran.

After a long drive and a difficult trek on rocky cliffs, the shining sun over the valleys miles away brought into view their former homeland where a religious Ayatollah rules with an iron fist and harsh prisons, where religion oppression and the threat of overt nuclear holocaust defines every facet of Iranian life. A once thriving civilization, Iran has fallen back into oppression in 1979 and religious domination by a few well-armed zealots.

The family trio were overcome with grief and emotion, so close to the country of their birth calling them back for a visit, yet so far away, kept at the border by an intolerant regime who dominates the entire population with one book.

Spreading like snow angels on the ground, their hands touched dirt and rocks, in an effort to melt back into the ancestral lands. By being there, the brother and sister felt that huge rocks had been lifted off their chests. It was only fitting that each carried home a small stone from the land bordering Iran.

Like millions of humans before them, they finally came to the realization that they could not go home again, literally and figuratively, no matter how badly they wished to go.

But if they could return, if their house they left long ago was still there, if they were allowed to retrace their steps from childhood or youth, they would not find what they were looking for because it is no longer there. People and life have moved on.

They would find out that they were just strangers in their own land, looking for the essence of their being, of their existence, that Je ne sais quoi, something intangible which resides only in a person’s soul and in his/her fleeting memories.

As you see, you won’t get many comments, pro or con, from the vast majority of posters on TBE, including its editorial staff. Cuckservatives start sweating, and then pee their pants when an accurate assessment of Africans of ANY nation is reported.

Thousands of Palestinians cannot return to their home, which is now the Jewish state of Israel.

They certainly can’t go back if their attitude is to kill every Jew on the planet. The percent of Muslims in Israel is about 20% but in sone areas it is a majority.

God bless S. Africa. May peace and justice rule there instead of this tyranny.

The brutality and inhumanity of social justice beautifully expressed.

Social justice is now a cover story for totalitarians and authoritarians. In the USA, it is one of the principles of leftist ideologues who despise the Constitution and its Bill of Rights.

Zimbabwe has the lowest life expectancy in the world.

The history of South Africa is significant. Apparently, hundreds of years ago, there were virtually no black Africans except small pockets of Bushmen. The sparsely populated land was then settled by the Dutch because of the trade routes around the southern tip of Africa. The arrival of a large black tribal population was caused by tribal wars inland and because of opportunities in the Dutch created areas. At some point, the British took over and continued the use of South Africa. Now, hundreds of years later, the original settlers are considered invaders to satisfy some politically correct notion of fairness. When Ileana says you can’t go home, she is speaking to situations in many parts of the world where people are driven out of their homes or enslaved by totalitarians who speak of theft under the guise of fairness.