You Deserve The Truth About Ken Cuccinelli 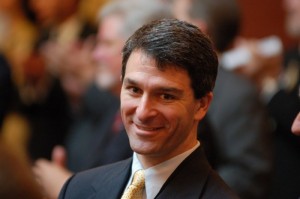 Friends, YOU deserve the TRUTH before you vote for our next governor.

My heart is crushed at the lies and distortions being told all over the television about Ken Cuccinelli.  He and his wife are personal friends of mine.  Ken is a man of solid character.  He has a heart to serve people, defend the “little man,” pursue justice, and most importantly to me, he loves the Lord, his wife, and kids more than anything else.  He’s NOT perfect but unlike MOST politicians of BOTH parties, he owns up to his mistakes.

Here are just a few of the lies being perpetuated by the McAuliffe campaign about Ken Cuccinelli.  And then the actual facts:

Terry McAuliffe claims that Ken Cuccinelli supported a bill that would outlaw contraception. McAuliffe makes this claim based on the “Personhood” bill, sponsored by Delegate Bob Marshall.  Here is the text of the bill.  It recognizes the dignity of unborn human persons from the moment of conception.  This type of law is used across the nation in cases in which a pregnant woman is murdered or harmed along with her unborn baby.  Based on “Personhood” laws, the perpetrator in such cases can be charged with two murders or harm to two individuals.  This bill was never intended to address contraception, it was intended to protect women and their unborn children.  But McAuliffe is  twisting facts to try to frighten and anger women.

Terry McAuliffe insinuates that because Ken Cuccinelli did not sign a letter endorsing the Violence Against Women Act, he somehow supports violence against women.  First of all, this Act is a federal bill, not a Virginia bill.  As Attorney General, Ken Cuccinelli, has an office policy of never signing on to letters supporting federal legislation before they were in their final form because the bills can easily be changed by amendments and end up in a final form that he would not chose to endorse.  That is why he did not sign on to letter supporting the “Violence Against Women Act,” as well as several other letters signed by other A.G.’s across the nation supporting other legislation, including an NRA supported bill.  Here are the facts.

Terry McAuliffe falsely says that Attorney General Ken Cuccinelli wants to ban various form of sex between consenting adults.  Yet another lie.  In the suit in question, Ken Cuccinelli was attempting to keep a convicted sexual predator (and 90 others) behind bars.  Here are the facts.

To read about the Democrat’s successful strategy of targeting women and manipulating their emotions with lies, read this article from the Wall Street Journal.  To read the TRUTH about Ken Cuccinelli see his personal bio, his accomplishments as Attorney General and his proposals he plans to implement if elected Governor of Virginia.

We can’t let Terry McAuliffe get away with these lies. Virginia women must get the truth. We deserve no less.

You Deserve The Truth About Ken Cuccinelli was last modified: October 14th, 2013 by Jeanine Lawson

Jeanine Lawson is a guest contributor to The Bull Elephant and a Republican member of the Prince William County Board of Supervisors representing the Brentsville District.