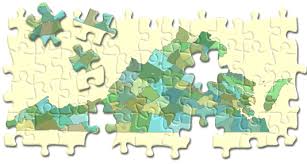 You Want To End The GOP Civil War? Get Rid Of Partisan Redistricting

I’ve long been something of a champion of partisan redistricting, but maybe that’s not right.[read_more]

I don’t mind the idea that to the winner go the spoils and, frankly, it’s more honest because everyone knows it’s an issue you’re deciding when voting for a General Assembly candidate.  Politics will always be in place when it comes to redistricting, let’s at least be honest about it and air it publicly. But the more I’ve seen this war escalate since Eric Cantor was defeated last year by Dave Brat, the more I’ve realized that the single biggest cause for constant fighting within the partisan redistricting.

First, let’s all be real for a second.  There is no reason Virginia’s congressional delegation should be 8-3 Republican and the House of Delegates be 2:1 Republican.  Since 2001 the Democrats have won 13 of 18 statewide elections counting president, senator, governor, lieutenant governor, and attorney general.  That is 14 years of precedent.  Partisan redistricting has constricted the voting base of the commonwealth that is constantly seen in statewide elections.  The Virginia Senate is probably the closest to what Virginia actually is when it lays dormant.  The effect of this redistricting, which by the way is nothing new in Virginia politics, is to stifle any sort of dissenting energy both on the Democratic side and the outsider Republican side.  What we have had in Virginia for a very long time is the Establishment of either party running the state while dissent across the spectrum cannot accurately be represented in Congress or in the House of Delegates.  This means that the Republican primary for both Congress and the General Assembly (including state senate here, because most of the GOP seats are safe R) are the only way to get elected.

Primaries are controversial because they are open to all Virginia voters (the horror, in a state with barely any political competition). This means in many of these gerrymandered districts Democrats vote in the GOP primaries because it is the only way their voice can actually matter.  It also means that outsider conservatives push for conventions because open primaries can make it more difficult for a conservative to win based on the power many of these delegates, senators, and congressmen have in their districts. This, by the way, is vice-versa in places like Arlington.  Since there is no unifying opposition to rally the party against, internal fights become the only fight that matters.  Would conservatives have abandoned Eric Cantor if the Democrat running in the 7th had been a real candidate with a chance of winning?  I tend to doubt it.  In the end, we all want to win elections.  Furthermore, establishment candidates like Cantor would take more care not only of their base but also their districts in general if they knew every year voters would have a real choice.

Assembly seats up for grabs, merely 50 are contested between a Republican and a Democrat.  It’s not natural, and we are on the wrong side of this.  I truly believe that the first step in bringing peace to the party is that we need to finally accept where we stand in this state.  Unnatural majorities based on gerrymandering is bottling up a lot of energy and we are seeing it released in insurgent conservative primary challenges and Democratic lawsuits.  It is not sustainable.  Hanging on to these majorities has become more important than growing the party and it has created the mess we are in now.

This goes to a deeper issue with Republicans.  We seem to be afraid of political competition.  Anyone who dares launch a primary or convention challenge is lambasted and attacked for trying to split the party when, in actuality, the status quo is that there no choice.  You either like your delegate or you’re SOL.  All this does is further lead to internal pitched battles we see on issues like the method of nomination.  We are clinging to the House of Delegates and Congressional seats because we know it’s not a natural representation.  If we want to unify the party, we need to stop stifling political dissent, both internally and externally.

Virginia feels like a soda can that has been shaken violently but not opened yet.  Eventually that can is going to be cracked open by someone and we are going to be stuck with soda all over us.  The federal ruling on our congressional districts is just the first part of this, mark my words.  If the state had real political competition open to everyone, I believe RPV would be much more united because the issues would be more focused on our vision versus that of liberal Democrats, rather than internal fistfights over methods of nomination and other nonsense issues.  I’m probably in the minority on this because what I’m basically saying is that in order to unify the party we might have to sacrifice our furthest outposts of power in the General Assembly–the last vestige of Republican power in the state. That isn’t good enough.

Virginia’s political energy has been stifled since at least the old Tom Martin machine and it seems for the last 100 years both parties have been fighting each other not with our ideas but with exclusion.  In this era of social media and democratization of news, that is no longer a sustainable position to have.  We either need to make the painful choice to adapt now, or we may be in for even more problems.