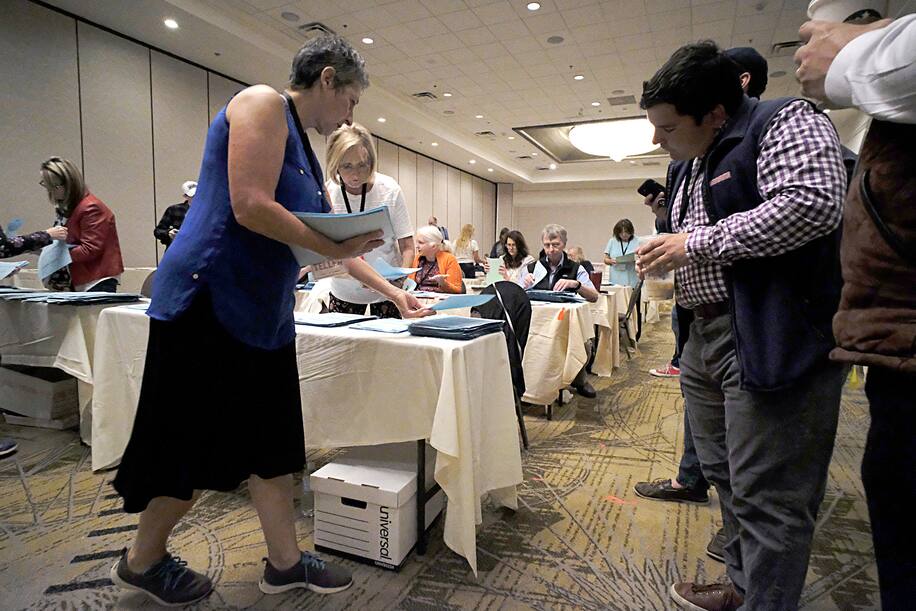 Updated, Youngkin and Snyder in the final round. Youngkin ahead after first round of counting and remains ahead

UPDATE: RPV’s announcement, “The fifth round of counting is complete. Candidates Youngkin and Snyder will move on to the sixth round.” Just as we thought it would be.

UPDATE: RPV’s latest announcement: “The fourth round of counting is complete. Candidates Youngkin, Chase, and Snyder will move on to the fifth round.” Follow the bouncing ball here.

UPDATE: From RPV on Facebook, “The third round of counting is complete. Candidates Youngkin, Chase, Cox, and Snyder will move on to the fourth round.” Snyder and Chase are virtually tied at 27%, Youngkin has 31% and Cox has 14%. Four weighted votes put Chase in second place. When Cox is dropped, where will his voters go? More details here.

After the first round of ballot counting for the nomination for Governor, Glenn Youngkin leads with 32.91% of the vote, followed by Pete Snyder with 25.82% and then Amanda Chase with 20.76%. Surprisingly Kirk Cox has only 13.49% of the vote. All results can be seen here and here with a map by county.

Updated, Youngkin and Snyder in the final round. Youngkin ahead after first round of counting and remains ahead was last modified: May 10th, 2021 by Jeanine Martin