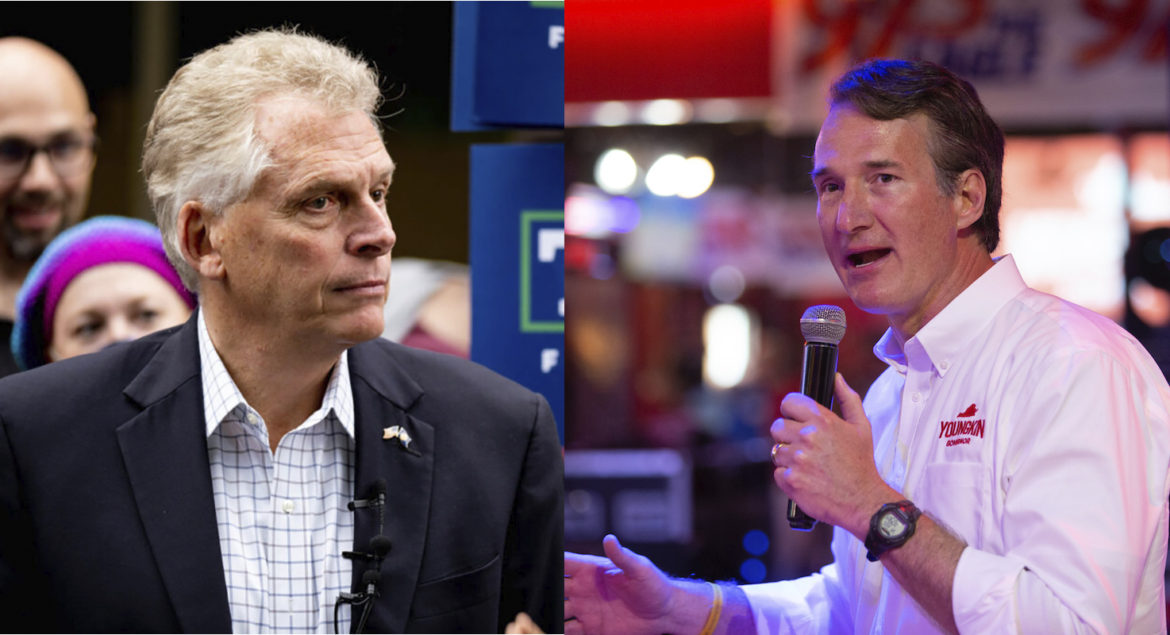 In the latest Washington Post-Schar School poll, Democrat candidate for Governor, McAuliffe leads over Republican Glenn Youngkin but only by 3% among likely voters, 50-47%, well within the margin of error.

The smaller margin among people likely to vote, combined with a low percentage of voters who say they plan to vote early, suggests that Democrats could face an enthusiasm gap and a challenge boosting turnout to the high levels of the past four years.

“There’s an intensity deficit here for the Democrats compared to where they were … during the Trump era,” said Mark Rozell, dean of the Schar School of Policy and Government at George Mason University, which co-sponsored the poll. “This tells me it’s a toss-up election right now.”

Republicans are encouraging early voting and the polls are now open. Any registered voter can vote early, no reason is needed. Information on early voting here.

Let me guess. The election will be very close and then SURPRISE! the canvassing will find a bunch of “found” ballots in deep blue Fairfax County that give McAuliffe the win.

When are WE THE PEOPLE going to have a REAL fking “insurrection” and just do what needs to be done, and get it over with ? There shouldn’t be a single tree or lamp post from Richmond to DC Empty, if We The People were doing what WE are supposed to be doing, rooting out and destroying Tyranny, and destroying our Enemies, Foreign and Domestic. Time for talking and blah blah blah is long over. The Communist scum only understand ONE THING, and We need to be giving it to them , NOW.

I’m going to vote for Youngkin. Are you going to ban me for that? Hell, you banned me for everything else. lol Oh, can’t see me voting for Trump or Biden. R’s need to fine a respectable candidate for me to show up for pres. in 24.

I wonder if the result had been Youngkin by 3 if your headline would have been the same…?

Hey Eric… closer than you would think isn’t it? As a Democrat do you think the drop the sales tax on food is helping him? That was pretty clever… very clever. Many states don’t tax food. It would be popular across the income spectrums, no?
Well I think Terry McClintonmoneyscumbag is going to win. You pond scum in Nova can outvote everyone. But give the boy credit… Do you guys actually have a politician for a state wide race that was born in Va… Blackface boy I guess…

Yeah Eric…we are headed toward a one party state. Like the Soviet Union. I am just shocked it’s not worse than that for Youngkin. He’s run a smart campaign is all I am saying. Wouldn’t you agree?

In other news, the Senate parliamentarian nixed the idea of the amnesty as part of the omnibus spending reconciliation bill.
You are not going to get tens of millions of New Democrats for a while. But no worries Eric… I am sure that the GOP Inc. will help you in the next year. They can’t resist the corporate donations for an open border for long. They aren’t the exact stupid party… they know that the corporations will hand them lots of money when they retire for helping flood the country with mass immigration. A few million to Ryan.. a few to Obama.. a hundred million for the Clintons… Turtle will get paid off… Nancy has already netted a hundred million…
Are you really dumb enough to have faith in anything in this cesspool?

The liberal communists hate this country. Biden has already appointed Macaulliffe as the next governor, and he will win due to the rigged election in November. I read that Theranos shipped in 2MM votes for Mcaullfe already. The liberals hate this country and will cheat at any cost to win.

Vote now so you can help hand out sample ballots on election day.

Doesn’t matter since we still have dominion voting machines and a system that Arizona is slowly proving is full of fraud!