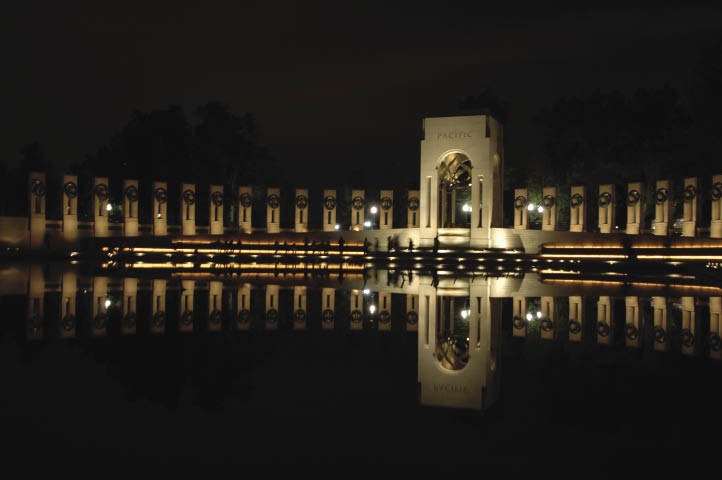 Last year on Memorial Day I wrote about two high school friends, Greg Conant and Jimmy Plumlee who both fell in combat in Vietnam, and my own father who died during that war; and by extension, all of our brave men and women who gave their last breath in this life for freedom â€“ most recently in Afghanistan and Iraq. They define duty, honor and sacrifice.

I mused last year; are we worthy of their sacrifice?

Regrettably, this new century and this past year are not very encouraging in many ways. While our heroes in the Armed Forces are no less heroes and patriots, a sizeable portion of the larger society seems increasingly oblivious and complacent – beguiled by the trappings of our successes – about the continual hard work that freedom and self-government requires.

While that is true, it is not the whole story.

We Americans are writing part of the rest of that story now. And like the prior 240 years, many great challenges, sacrifices, and surprises lie ahead of the final chapter.

When Iâ€™m dismayed about the collapsing educational system in the country and it maniacal rejection of American exceptionalism and the Judeo-Christian foundations of human liberty; when I doubt that we can raise up a generation to follow us and keep liberty alive; my mind drifts back to my visits to Walter Reed National Military Medical Center in Bethesda, Maryland, about which Iâ€™ve written several times.

These visits make you weak in the knees; humble in the heart. Because here among the most severely wounded warriors of our new century, you find the real stuff of America. Not the flimsy, not the selfish, not the dishonest; these men and women are the best we have. They are strong in spirit, body and mind, they are selfless servants, and they have profound honesty created on the anvil of personal suffering. Their almost ubiquitous faith in God is not some cerebral theological exercise; but it is the faith that knows real evil, and therefore understands real Goodness.

And yet, to a person, they donâ€™t consider themselves heroes; they consider those who did not come home the heroes.

Yes, we citizens are allowing our schools to devolve into second-world institutions that celebrate the abnormal, and discourage the best. And yet, and yet; somehow, we produce these warriors willing to give all. There is a great line in the movie, Jurassic Park, where a scientist explains how the parkâ€™s dinosaurs fooled the experts. â€œLife finds a way,â€ he quips.

That applies to our heroes; in spite of our schools, â€œThey find a way.â€

Likewise, when I fret about the lawlessness and corruption of our elected officials, the rejection of the rule of law even by the Supreme Court, the application of stupidity from our governments at all levels, and full force of the governmental-entertainment complex demanding that we accept and celebrate the most aberrant and destructive proclivities of men, I fear for my nation.

And then I recall taking my daughter-in-law, who had never visited Washington, D.C. before, to the World War II memorial several years ago. We walked quietly among the 56 pillars of the memorial. Cast in a wall there are 4,048 gold stars, each representing 100 Americans who died in that war. In front of the wall is a simple message: “Here we mark the price of freedom”.

My daughter-in-law remained quiet as I interacted and chatted with a few veterans, most far into their eighties, who were brought into Washington to see â€œtheirâ€ memorial by The Honor Flight foundation. We met one â€œseasonedâ€ warrior sitting in a wheelchair by himself. He was a Marine veteran of the Battle of Iwo Jima where nearly 7,000 Americans died. We stopped and chatted. I told him that my own father, a B-24 pilot, had bombed the bejabbers out of the island for days on end prior to the ground assault. The connection delighted him. But soon his words turned to those who never left the battle field. â€œThey are the real heroes.â€ His moist eyes gleamed in the sun.

Walking away, my daughter-in-law was deeply moved, and said with simple elegance, â€œI never understood before.”

So, this Memorial Day I find myself without an answer to my question; are we worthy? I donâ€™t know. Perhaps. We know America can never look like she did yesterday. But, she has never looked the same one generation to the next.

But if God uniquely placed this Republic, and our extraordinary Constitution, in this place and time, then I have to believe His purposes are at work. And I have to believe that the astonishing heroes of our past, and in our midst today, point the way to the future â€“ not to the past.

When You’re Discouraged: Remember was last modified: May 25th, 2016 by Michael Giere