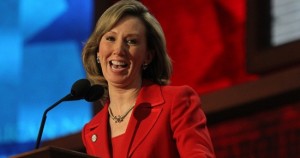 Stephen Hollingshead obviously had almost no contacts in Virginiaâ€™s 10th district when he moved to the district recently to run for office, so I am sorry he got ahold of mine.
I do find it curious that he titled his latest message â€œA Conservative Who Can Winâ€¦,â€ since he lost the only time he ran, which was in Wisconsin, while the two main contenders (Barbara Comstock and Bob Marshall) for this seat have won many races IN VIRGINIA.