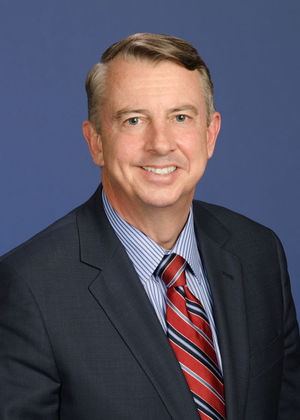 A big ‘What If?’ emerges on the Warner-Gillespie race

[UPDATE: Travis Fain at the Daily Press reports that a Hampton University spokesman has said the poll was not released because it showed the opposite of what we wrongly suspected.[read_more]Â  Instead of showing Gillespie gaining ground, it showed Warner up by double digits, apparently causing the organization to doubt its accuracy.Â  We regret our error in believing otherwise.Â  However, in the interests of transparency, we do hope that Hampton University releases the full data on the poll to help analysts better assess the reliability of future polls they conduct.Â  Kudos to Travis Fain for the scoop, and the good journalism.]

The dominant news in the closing days of the recent race between Ed Gillespie and President Obama’s Virginia handmaiden, Mark Warner, was that Gillespie was closing the gap and rapidly gaining ground on Mark Warner. As it turns out, there likely was public proof of that fact that appears to have been quashed to avoid having an impact on the race.[read_more]

As we wrote the day before the election,

If the word Iâ€™m hearing about internal polls are true, Warnerâ€™s decision to finally take Gillespie seriously may be too little, too late.
…
The latest public poll from Christopher Newport University has Warner at +7. That same shop had McAuliffe at +7 in their final pre-election poll last year. Ken Cuccinelli outperformed that poll and came within 2.5 points of winning. Taken together with a likely oversampling of Democrats (seriously, how can a pollster in this environment assume more Democrats will vote than Republicans?) and some internal numbers showing Gillespie is actually ahead, I think the Gillespie momentum has reached its peak and that Ed pulls off a close win tomorrow.

So why was the poll not released? We believe it was for one of two reasons, both likely related to the poll confirming what the Gillespie campaign maintained all along: that Gillespie had pulled even or overtaken Mark Warner. They either decided the poll must have been flawed, or they decided the poll would have too positive an impact for Ed Gillespie. The “objective, non-partisan” center at HU that handled the poll had no such compunction when, earlier in the race, they published a poll (with a straight face) showing a 25 point lead for Warner and suggesting that signaled his likely re-election. Presumably they used the same methodology in the earlier poll, where they appear to have had no doubts about accuracy. That point weighs pretty heavily in favor of a conclusion that the decision to not publish a poll favorable to the Republican—at precisely the point when it could have given him the momentum he needed to finish first across the finish line—was, at bottom, politically motivated (or at the very least, done in a way that was quite conscious of the potential electoral importance of the decision).

We can never know if the publication of that poll would have made the 0.5% difference. But what we do know was that Gillespie was finishing strong, and Warner was finishing weak. Gillespie told The Bull Elephant on the Saturday before the election that everything he had been seeing suggested that his campaign was overtaking Warner’s on that last weekend, just in time to pull out a close win. If a favorable poll had been published in time to make all the newspapers and television reports (and in time for the campaign and friendly online venues to make hay of it), it is quite possible that it could have encouraged enough Republicans (or discouraged enough Democrats) to erase and overtake the narrow statewide 16,000 vote gap on election day.

In the end, that appears to have been the point.

A big ‘What If?’ emerges on the Warner-Gillespie race was last modified: November 21st, 2014 by Chad Ochocinco

The real difference in this and many prior elections is the Libertarian candidate. There should be at least some effort to explain to voters that when the Lib candidate is polling so low, a vote for him/her is unquestionably a vote for the dem, ie more govt in their lives. (and too many millennials voting for pot rights)

What if MR. Gillespie had made a similar statement; I want to address Employee Misclassification {as a GOA study mandate on states }
and we are looking at innovative ideas like having the Federal Government withholding states unemployment funding until states enforce their respective Employment , Professional and Occupational Laws.
These Laws are not being enforced { in VA } , this fosters an underground labor market that is counterproductive to legal employment , this amount of negligence is also posing a public safety and national security risk.

I believe Va. High Schools and Colleges should look at some Government studies , lets see what data is used and is discarded. Example; JLARC Report 427 Employee Misclassification , how come data was omitted on unlicensed contractors / illegal aliens .
Yes the Study does not address this issue yet the DOLI { Roanoke office and others } were issuing violations to unlicensed contractors / illegal aliens without notification to local prosecutors. A man of reason would also believe that local VEC should be detecting a percentage of these same violators in Audits performed under The Virginia Employment Compensation Act. How come unlicensed contractors are classified as
” bona-fide independent contractors ” by the VEC .This action is by proxy
” Deregulating ” Statutes 54.1-1100 and VECA. Administrative deregulation or administrative asylum ? Would Va. even have to discuss minimum wage if they enforced the law ? On Dec.01 Governor McAuliffe ” updates ” the General Assembly on Employee Misclassification Task Force , will he bring to light this form of illegal labor ?

No Republican is going to vote to raise the minimum wage. It costs jobs. One employee will get the raise, ansd another one will get a pink slip. Then the remaining employee is asked to take the responsibilities of the recent departed employee. Gillespie failed to answer a GOA and a VCDL survey. This simple action would have put him easily over the top.

So, now let me get this straight in my own mind?

Since when did any Republican ever care about putting the middle-class to work?

Stand up and take the truth like a man for a change.

This sword cuts both ways. A lot of Dems in the 8th District could have lost any sense of interest urgency and not bothered to vote with both their congressional and senatorial candidates headed for easy victories.

I disagree on this one. People like voting for winners. If the news the day (or two) before the election was a poll showing Gillespie surging to close the gap or even overtake Warner, this helps Gillespie get more votes not Warner because it would be a major boost in enthusiasm on the Republican side and a major demotivator for Dems. All else being equal, I’d bet this would have changed the outcome. Any chance we can ever see what those poll numbers were?

or more democrats might of decided to vote in the two congressional districts where there were no dems running for the house.

I think he should have asked for a recount he gave in to easy !

If it were your money paying for the recount, would you feel the same way?