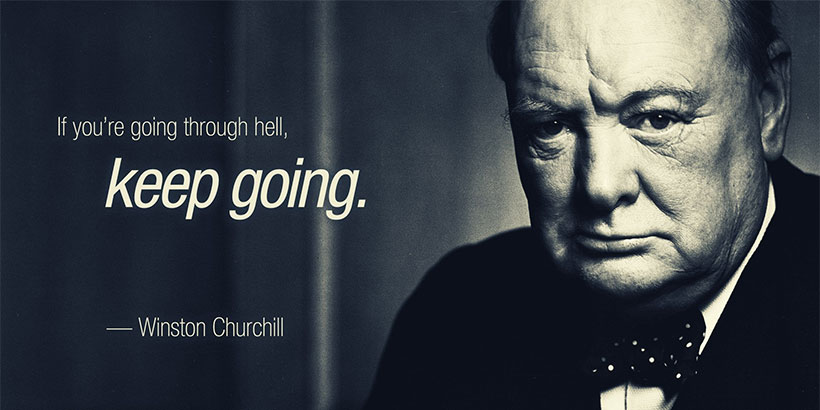 An economy of words

I have always admired those individuals who can say so much with so few words.  It is an art form that Is all too often lost on those in the science, technology, engineering, math and even legal professions.  Here are some â€œartfulâ€ quotes that are wonderfully crafted and have relevance to todayâ€™s America.

Winston Churchill was one of the worldâ€™s great word masters.  Among his many quotes is one that has great relevance today â€œThe inherent vice of capitalism is the unequal sharing of blessings: the inherent virtue of socialism is the equal sharing of miseries.â€  Is America is doomed to repeat the many failed experiments of socialist tyranny?  Is there yet another battle for life, liberty and the pursuit of happiness being thrust upon us?

Teddy Roosevelt is famous for â€œSpeak softly and carry a big stick.â€  I often think that President Trump would have been better served with fewer words.  I understand his need to tweet, but his too many words were and are a distraction.  How many Americans understand the miracles of â€œwarp speedâ€ vaccines or the phenomenal peace breaking out in the mid-east.

Thomas Jefferson must have been the Nostradamus of his time with his quote that â€œThere is no justification for taking away an individualâ€™s freedom in the guise of public safety.â€  Masks up, everyone?  Remember the six foot distancing!!!  But then he doubled down with this quote â€œWhen the people are afraid of the government, that’s tyranny. But when the government is afraid of the people, that’s liberty.â€  The 2020 election has certainly brought both of these quotes to the fore.

We couldnâ€™t celebrate the economy of words without reference to Ben Franklin.  â€œBe at war with your vices, at peace with your neighbors, and let every new year find you a better man.â€  Of course, Ben was a bit of a scamp so â€œIn wine there is wisdom, in beer there is Freedom, in water there is bacteriaâ€.  Maybe our leaders are spending too much time with poor quality wine, bad beer and dirty water!!?

George Washington doesnâ€™t have a lot of zinger quotes, but much of what he said about people is right on target.  â€œHow far you go in life depends on your being tender with the young, compassionate with the aged, sympathetic with the striving, and tolerant of the weak and the strong.  Because someday in life you will have been all of these.â€  The wisdom of the ages for all of us.  A wisdom to often forgotten in the heat of the moment.

Finally, from the Bible, there is the great quote that celebrates the Christmas season.  â€œFor unto us a child is born, unto us a son is given: and the government shall be upon his shoulder: and his name shall be called Wonderful, Counsellor, The mighty God, The everlasting Father, The Prince of Peace.â€  Add music to these words, and you have elements of the glorious Handelâ€™s Messiah.  (Although I wear a mask, I still sing â€“ and so should you.)

Merry Christmas and Happy Holidays to everyone.

An economy of words was last modified: December 19th, 2020 by Dr. Robert Warren