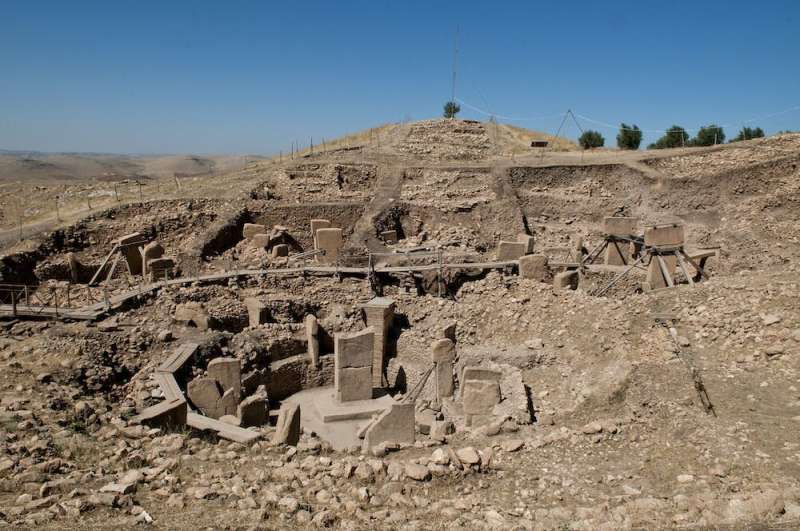 About 12800 years ago, the earth was struck by or entered the tail of a comet.  The impact caused global winter and massive changes in sea level and topography.  For all intents, it wiped out most of the advances of pre-Adamic human civilization.

There is a very interesting television show, “Ancient Apocalypse”.  It is considered controversial because it often disputes existing assumptions about when human civilizations arose on the planet as well as the sophistication of those various civilizations.

I found the show interesting because I am used to the jarring impact of paradigm shifts.  Einstein was not only challenged but ridiculed for his theories of relativity.  Swiss watchmakers were suddenly confronted with the impact of an inexpensive Japanese watch that actually kept better time.  Going back to WW2, the rise of carrier aviation was at the expense of the battleship.

“Ancient Apocalypse” would have you believe that human civilization predated current estimates by thousands of years and maybe more.  In some cases, the refutation of the existing paradigm is supported by recently discovered facts.  In another case by informed opinion.  Here is my favorite example of new paradigm thinking:

Gobekli Tepe in Turkey is estimated to be about 12000 years old.    Because of its sophistication, it appears to be the first example of an organized human society.  What is intriguing is not only its size but that it was carefully backfilled to preserve it in the much the way you would preserve a time capsule.  Was it intended to be a warning with ties to the comet apocalypse? – glyphs on specially designed columns appear to point to the region of the night sky where the danger came from and will come again.  Even more significant, why was it abandoned at all?

“Ancient Apocalypse” clearly challenges current paradigms associated with human civilization.  This new alternative paradigm proposed by Graham Hancock is that advanced ice age civilizations were almost all destroyed, but a few survivors were able to pass on some knowledge to their successors who built future civilizations in Egypt, Mesopotamia, and Mesoamerica.

Is the eye of the Sahara the same as Atlantis?

Isn’t this special: Not content to display their ignorance by opposing COVID vaccinations and by denying women control of their own health care, House Republicans have now removed all restrictions on smoking inside the House part of the US Capitol as part of their “owning the libs” charade.

COVID vaxxes are injuring and killing people everyday. See movie Anecdotals. The rest of your comments are pure ignorance – CVS and WALGRENS will carry the abortion pill which can also be ordered online as well. You will forgive me if I doubt your smoking comment.

Not surprised that you would be fascinated by this faux scientific made-for-tv entertainment. “Ancient Apocalypse” is the sort of non-critical crap that appears every few years and is on par with the “Secrets of Oak Island” and the search for Bigfoot.

The thesis of the show is that an intelligent life form was exploded off the planet in a hail of cometfire. To “prove” this foolishness, the creator of the show roams around the world, stopping at ancient ruins that “prove” his case because, well, if there are ancient ruins all over the place, then, there must have been advanced peoples everywhere who all disappeared at the same time.

Of course, this is the thought process we should expect of someone who spends his time denouncing medical science while introducing himself as “Doctor” — which he is not.

By the way, if you wonder why Netflix jumped on this foolishness, consider this: “Ancient Apocalypse” is the creation of British author Graham Hancock. The Netflix senior manager of unscripted originals happens to be Hancock’s son.

Fauci: mid that you? You need another booster🤡

The comet theory is now pretty much accepted by the scientific establishment. The evidence of a layer of iridium and platinum is found all over the world and it is accepted that such a layer cane from outer space about 13000 years ago.