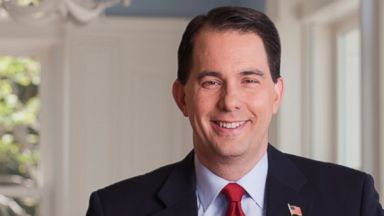 Potential Republican candidates for President in 2016 gathered in Iowa over the weekend to speak at the Iowa Freedom Summit. Over 1,500 Iowa voters and 200 journalists attended.  John Fund of the National Review has prepared his list of winners and losers.  [read_more]

A clear winner was Scott Walker.

The Wisconsin governor proved he can be a dynamic speaker, striding the stage in shirtsleeves and demonstrating Midwest sensibilities that connected him to his Iowa audience. Who knew that he’d lived in Iowa until the third grade or that he was an expert coupon clipper at Kohl’s, a well-known regional department-store chain? Walker made a strong case for electability: I’ve won the race for governor three times in the last four years — three times, mind you, in a state that hasn’t voted Republican for president since I was in high school 30 years ago.” Everyone knew Walker had triumphed in his hard-fought battles against the state’s public-sector unions. After his speech this weekend, Iowa audiences will clearly now get the rest of the Walker story.

Ben Carson who has already opened an office in Iowa was also a winner.

Carson wowed the crowd in Des Moines, which expressed a clear affection for him. He endeared himself to pro-life activists when he explained his views on abortion as a doctor: “Why would I be in favor of people obliterating people’s lives?” If bets are taken on who the most successful “outsider” candidate is in 2016, my money is on Carson.

In the loser category were Sarah Palin, Donald Trump, and Rick Santorum.

Sarah Palin — The former 2008 vice-presidential nominee told reporters last week that she was “seriously” considering running in 2016. But her meandering and often bizarre 33-minute speech in Des Moines proved she wasn’t. Sample line: “The man can only ride you when your back is bent, so strengthen it so America won’t get taken for a ride.” She will always be an entertaining speaker at conservative events, but she clearly lacks the discipline for a full-fledged campaign.

No shows at the Summit were Jeb Bush, Mitt Romney, Bobby Jindal, and Rand Paul. Does this mean they will skip the Iowa straw poll or Iowa caucus as some candidates have done in the past?  I doubt it means anything, but time (and appearances in Iowa) will tell.

I like Walker and Jindal the best. Jindal, in particular, probably has the best policy understanding, but it remains to be seen how voters warm to his “whiz kid” personality. He does have the best record of cutting the size of government, according to Cato Institute.

Walker is a very unifying figure, so we’ll see how well he can discuss issues in a debate situation. He’s done great things for Wisconsin, but has more to do. You can be sure the left is working overtime to demonize him.

The National Review the “Politico” for establishment Republicans wants to help us poor conservatives understand who the potential candidate winners and losers are in a largely meaningless beauty contest over 20 months prior to actual election day, no thanks I think I’ll pass on that one. I don’t spend much time listening to the WP or the NYT either who spend a lot their ink telling conservatives the Republicans who are clearly unelectable. As far as anyone can tell today it could as well be Mark Levin vs George Clooney as anyone on this “winner” list.

John Fund is establishment? Who knew?

The days of William F Buckley and the National Review are a VERY long way in it’s past. Today its represents the voice of the corporate Republican Party except for a few contributors and that’s just fine if that’s who you want to get your information from.

I really like Walker; very Conservative without being a firebrand. Don’t get me wrong…I want a tough, hard fighting Constitutional Conservative but am not sure they can win right now. Palin is wonderful and does a great job helping candidates…would much rather see her in the Senate or as a Cabinet member. She has lots to offer but IMO not as president. Like Ben Carson also. Still not sure about President though…I want the department of education to be abolished but IF we have to keep it…would like someone like Carson running it since his foundation is about education. Love Cruz and think he might be one of the few Senators who would understand that he doesn’t know everything and would hire/appoint very competent people to posts. He would need to do that since he hasn’t been a Governor. I will be happy with just about anyone who understands the greatness of this country and abides by their oath of office and the Constitution. I cannot/will not support Bush, Romney (still feel the country would be MUCH better off today had he won), Huckabee, Christie and maybe a few others in the primaries. Not sure yet who I will support. Like Jindal and Paul too.