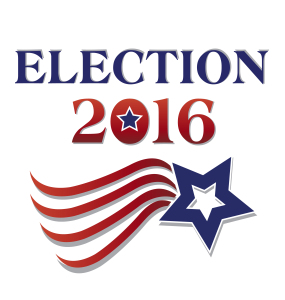 Bernie Sanders Surges Ahead of Hillary in New Hampshire

In a new Franklin Pierce University/Boston Herald poll of 442 likely Democratic voters in New Hampshire Bernie Sanders leads Clinton 44 to 37. Joe Biden who has not yet entered the race garnered 9% support.

My hope is that the self-serving and disloyal blowhard (Trump) stays in the race long enough to assure that the real Republican candidates can be exposed to the electorate. We need an adult in the white house who loves this country more than himself.

This guy is the one to watch. Very dangerous.

He can’t be anymore dangerous than Trump! They’re both huge problems!

Different sides of the same coin

Just like you, Jeanine! It blows my mind you forgot to mention the margin of error – nearly 5% – and the myriad of other polls showing a massive Clinton lead. Maybe those other polls don’t “Hmong” on this blog; and maybe you don’t either.

With the numbers he’s showing, Sanders won’t go away quietly if he doesn’t win the Democratic nomination. The Dems need to consider that Sanders may be the one to run as an Independent rather than Trump. It may be far fetched, but perhaps he and Trump will both run as Independents, and we’ll have a four way race for the presidency.

Do Democrats ever do that? My guess is the Clinton mafia will make sure that doesn’t happen.