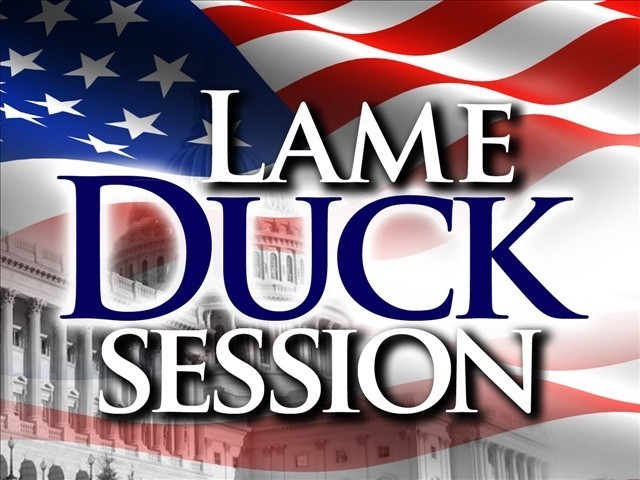 Beware a “Go for Broke” Lame Duck Session of Congress

If Democrats lose control of Congress, there is a danger that they may be willing to “go for broke” during a lame duck session before control of Congress passes to the Republicans in January 2023.  The Congressional Democrats could try to pass as much of their agenda as possible during a lame duck session and rely on President Biden’s ability to veto any Republican efforts to repeal or amend such legislation after January 2023.  And Senate Democrats could try to confirm as many of President Biden’s pending judicial nominees as possible before January 2023.  Congressional Democrats defeated in November 2022 would have no fear of future rejection by voters to restrain or temper their support for a “go for broke” lame duck session.

If the Democrats try to use a lame duck session to “go for broke” before January 2023, then the current Senate Republicans need to be vigilant and ready to act as a restraining firewall.  House Republicans do not have enough votes to stop the current Democrat majority in the House from passing “go for broke” legislation in a lame duck session.  According to news reports, it is expected that Senator Ben Sasse (R-Nebraska) will resign to take a position in academia.  If such a resignation occurs before the new Congress takes office in January 2023 and the Governor of Nebraska is slow in naming a replacement, it could be easier for the Senate Democrats to push for an aggressive lame duck agenda.  Also, if Senator Lisa Murkowski (R-Alaska) is defeated for reelection, she would have little incentive to curb her tendency to be amenable to legislative proposals by Senate Democrats.

With universal mail in ballets, nothing would surprise me. My daughter was issued two ballets. I guess you get a second ballet if you’ve been good all year. When she called the election office, they said she was sent another ballet because she had requested it, which she hadn’t. It isn’t the votes cast, but the votes counted and who is counting them that will determine the winner. All we have to do is go back to paper ballets, in person voting with photo ID required to vote, then I might believe an election result.

I believe that the Left has been going for broke since before they took control of Congress, and Trump was still President.

They realize that their agenda and methods are Mega Extreme Leftist, and that given time to see and analyze actual results and consequences, they would be tossed out on their collective ears.

So, they have conducted their brutal, lying, crooked campaign to get what they wanted while the getting is good.

As has been pointed out many, mamy times, once a program is implemented, it is very difficult to terminate.

There is no “red wave”. The democrat fraudulent vote machinery is perfected, in place, and has already proved the “ballots” that they need to not only retain the House but gain a majority in the Senate. Those “votes” will be delivered after the polls close. See’18 and ’20 for examples. Don’t believe me? Bookmark this post and read it again on 9 November. If I am wrong I will happily eat all the crow anyone wishes to dish out.

I hope you are wrong but I look South to Brazil and see the same stunts that were used to defraud the American voters in 2020.

of course you’re wrong. That is absurd