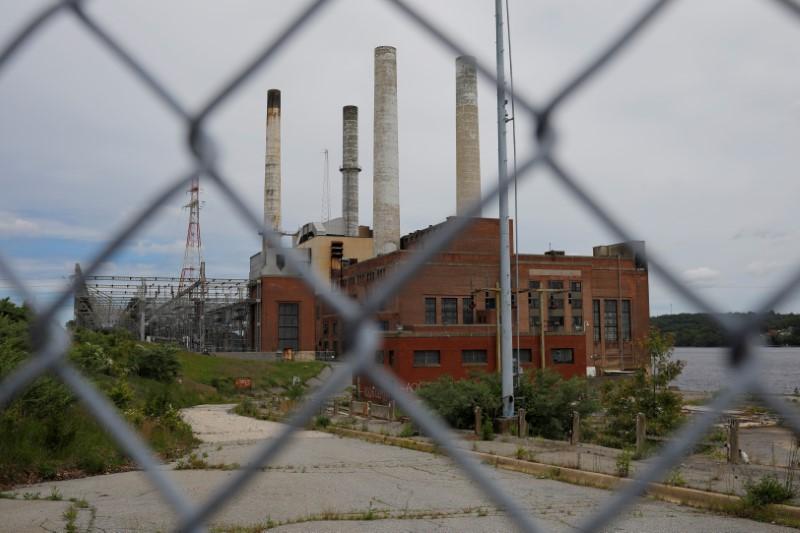 Biden says ‘We’re going to be shutting’ coal ‘plants down all across America,’ as blackouts loom

As old power plants close, America’s power grid has become increasingly unreliable, according the Wall Street Journal. The U.S. faces the risk of of blackouts in the summer and during winter cold waves.

Yet, President Biden yesterday called for getting rid of coal plants, saying, “We’re going to be shutting these plants down all across America.” That could cause blackouts that kill hundreds or even thousands of people, as energy runs short. Blackouts already killed 200 people in 2021, as freezing people were left without power. As Hot Air noted,

When the power grid in Texas failed in February of 2021, more than 200 people died, nearly all of them from hypothermia….Meanwhile, there are 40 coal-fired power plants scheduled to be taken offline in the name of fighting climate change. No replacement sources for all of that juice have been proposed, to say nothing of having them come online….We need to streamline … the nuclear power approval process to bring more [nuclear] reactors online…

A Department of Energy report published this summer showed massive job losses in the fuel industry following Biden’s presidential campaign where he pledged to lead the country away from fossil fuels.

The report found that the fuel technology sector experienced job losses totaling 29,271 jobs in 2021 … with the majority coming in the fossil fuel industry. Onshore and offshore petroleum companies shed 31,593 jobs, a 6.4% decline; the coal industry lost 7,125 jobs, down 11.8% year-over-year; and fossil fuel extraction jobs declined by 12%.

“The DOE jobs report is not only reflective of the broader pandemic slowdown, but also highlights an Administration that has worked overtime on restricting American natural gas and oil production,” Independent Petroleum Association of America spokesperson Jennifer Marsteller told Fox News.

Regulators have warned that “blackouts could plague a number of states …. as a combination of drought, heat, potential cyber attacks, geopolitical conflicts and supply chain problems … disrupt the power supply, according to a grim new report…large swathes of the U.S. and parts of Canada are at an elevated or high risk of energy shortfalls during the summer’s hottest months.”

Most wind energy projects in the pipeline are stuck in the permitting phase, with just 21% of planned projects currently under construction…..Each of the federal permits [required] may take months or years to be approved. … The dizzying array of permits and other regulatory obstacles to renewable energy projects can create extremely long delays. Reports of 10-year or longer timelines for transmission lines are not uncommon, and both solar and wind projects face long permitting delays.

The Midwest is especially at risk of blackouts, because retirement of older plants has caused a decrease in electricity-generating capacity, even as the population continues to grow.

As a leading German newspaper notes, “Sometimes the wind simply doesn’t blow, meaning the rotors remain idle and no power can be generated. A reliable power grid therefore requires additional forms of energy production and storage.”

Solar and wind require that natural gas plants, hydro-electric dams, batteries or some other form of reliable power be ready at a moment’s notice to start churning out electricity when the wind stops blowing and the sun stops shining….And unreliability requires solar- and/or wind-heavy places like Germany, California, and Denmark to pay neighboring nations or states to take their solar and wind energy when they are producing too much of it.

In addition to shutting down many coal plants, progressives have also shut down some nuclear plants. Senators Elizabeth Warren (D-Mass.) and Bernie Sanders have pledged to shut down America’s nuclear power plants. That is unfortunate because it is hard to beat nuclear power, from an environmental standpoint. It produces no air pollution or greenhouse gas emissions (just harmless steam). It results in fewer deaths per unit of energy produced than virtually all other forms of energy, such as wind power or fossil fuels (nobody died at Three Mile Island). And it provides the steady flow of energy needed for a carbon-free or low-carbon power grid, because unlike wind or solar power, nuclear plants produce a constant, reliable flow of electricity regardless of whether the weather changes.

As Michael Shellenberger points out, “wind turbines…kill more people than nuclear plants.” Moreover, “solar panels require 17 times more materials in the form of cement, glass, concrete, and steel than do nuclear plants, and create over 200 times more waste.” As Yale University’s Steve Novella notes, “Nuclear waste can be dealt with, and the newer reactors produce less waste, and can even theoretically burn reprocessed waste from older plants.

Biden says ‘We’re going to be shutting’ coal ‘plants down all across America,’ as blackouts loom was last modified: November 6th, 2022 by Guest Contributor Hans Bader

Of course coal plants should be shut down. We have to

See Jagoff Johnny… here is the thing about coal plants numbnuts… they produce electricity when the wind is not blowing (or it is blowing too hard) and the sun aint shinning.. Hard for a moron like you to understand.. But you were a dumbass who believed in the Covid crap… IF you get the vaccine you won’t get sick or transmit it or die.. Same for the climate shit.. only a different branch of science bullshit that a small brained person like yourself swallows..

it wasn’t solar that failed in Texas. It was cheap infrastructure

Buried in a WaPo news story: a reporter asked Obama’s EPA head how much our global temperature would fall if we comply with the Paris agreement to limit CO2. Her answer–it wouldn’t; but we must set an example for the world.
Who benefits most from our country’s suicide? China, exempt from fossil fuels while producing wind turbines and solar panels for us to buy. Are our democrats working for China? Sure looks like it.

Democrats somehow seen to think that global socialism is a cure for all the world’s ills. You would think that they can see what would happen by the cities they run. Crime, homelessness, lack of productivity, constant hatred and humans as robots. That is the world of the Democrat.