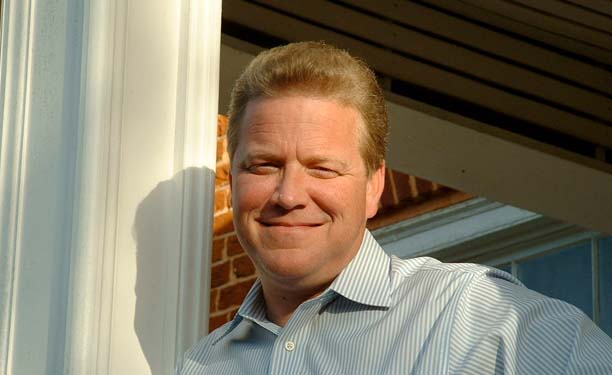 On Thursday Bill Stanley addressed press from around the state responding to their question about a run for Attorney General next year. He said, “I’m giving it serious consideration.”

Stanley has served two terms in the Virginia state senate.  He is a criminal attorney from Franklin county.

In October Delegate Rob Bell (R-Charlottesville) dropped out of the race for Attorney General leaving John Adams and Chuck Smith to run for the office. There will be a primary in the Spring to determine the nominee. Bill Stanley is confident he can win the nomination but has concerns about his family.

“I believe I can become the nominee… it’s whether I have the time to do it,” he said. “I love being a father and a husband.”

The Republican nominee will run against the current Attorney General, Democrat Mark Herring, who is running for a second term. The election for Governor, Lt.Governor, and Attorney General will be in November 2017.

More here and more to come.

Stanley represents the 20th Senatorial District, a grossly-gerrymandered district that stretches from Galax to South Boston.

Yesterday Bill Stanley revealed that he is out of touch with reality. As we all know, rural areas are sorely lacking in medical facilities, mainly because rural areas are filled with people who have no medical insurance and, because VA republicans reject Medicaid expansion. Medical facilities in rural VA either are closing (Lee Regional Med Center, Pennington Gap) or are in serious financial condition because they serve an uninsured population.

Yesterday Stanley proposed a system of “tele-medicine” so rural Virginians, not served by medical facilities, will have access to medical consultation.

Of course, Stanley did not address these questions.
1. Who pays for it?
2. What happens in rural areas . . . such as the one where I live . . . where Internet access is still dial-up? (I’m very lucky to have Metrocast hi-speed ‘net; it’s only in 15% of my county.) Video consultation with a doc will not work on dial-up; you need broadband and lots of it.
3. And even if rural folks can use tele-medicine to talk with a doc, a PA, or a NP, then what? Who pays for the follow-up visits? The meds? The travel to/from distant medical facilities? Where do they have tests performed?

But, I’m certain your republicans will fawn all over Stanley for his “forward-looking” approach to rural medical care. More hollow nonsense from an empty suit.

Sweet commenting on issues I like that! Positions just should not be awarded because it’s my time or a stepping stone. Republicans in November 2017 will look to ride the coattails of the Trump election into office.

If he has the Virginia Employment Commission classify unlicensed contractors/ illegal aliens as independent contractors as previous Republican Attorney General Cuccinelli did I will pass.
It goes like this first time shame on you second time shame on me ( you won’t play this working man for a fool twice ) I will have to check the books on donations by home builders and home builders association’s contributed to Bill Stanley. I bet Virginia Republicans undermine the Trump immigration plan by allowing illegal aliens to be employed as unlicensed contractors in Virginia ATTENTION bad Hombres you do not have to leave America ,Virginia Republicans want you here.

The deciding factor for me, besides values, is the investment potential of the candidate. I’d like a person who can run for Senate after they’re done as AG.

No. We have great candidates already.