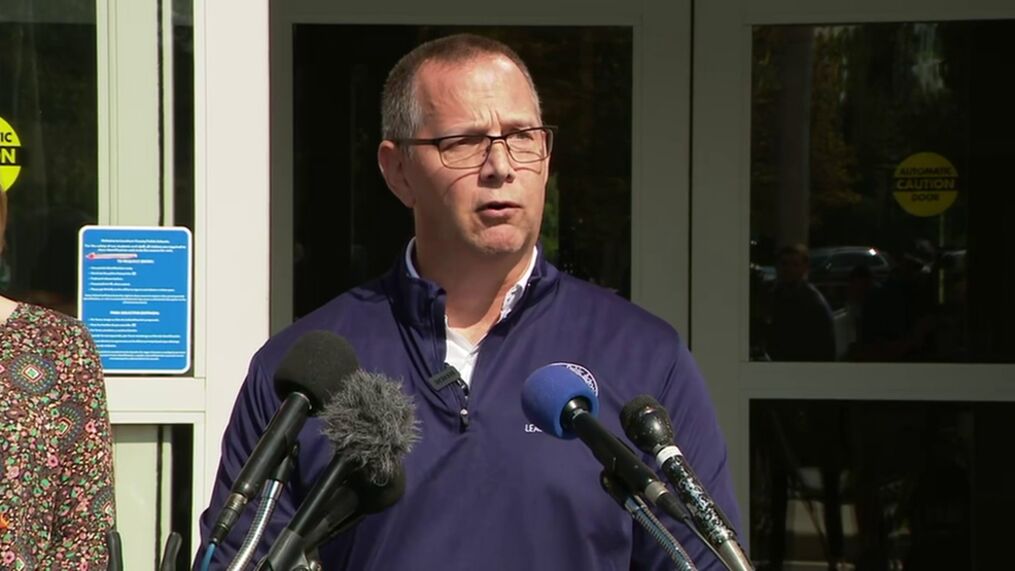 Update from the Washingtonpost.com

“The board fired Ziegler via unanimous vote shortly after holding a 2½-hour closed-session meeting Tuesday night, according to school video posted online. Loudoun schools spokesman Wayde Byard confirmed the firing in an interview Wednesday morning but declined to characterize the board’s rationale, including whether the termination was a direct response to the grand jury report.

The grand jury report concluded that Ziegler was informed about the May assault on the day it happened but that he later lied about his knowledge of the event during a board meeting on June 22, 2021. When asked by a board member that day whether Loudoun had records of “assaults in our bathrooms or in our locker rooms regularly,” Ziegler replied with a falsehood, the report states.

Ziegler said, “To my knowledge we don’t have any record of assaults occurring in our restrooms.” A witness told the grand jury this statement was a “baldfaced lie.” “

On Tuesday evening the Loudoun County School Board voted unanimously to immediately fire Superintendent Scott Ziegler immediately. This vote occurred the day after the Grand Jury’s damning report of the LCPS coverup of sexual assaults in two high schools, by the same assailant, in 2021.

The School Board adjourned their meeting immediately after the vote.

Just prior to the School Board’s vote, Loudoun County Chairman of the Board of Supervisors Phyllis Randall called for the school board to fire Scott Ziegler.

“Let me say this as clearly as possible: Dr. Scott Ziegler needs to be fired,” she (Randall)said during the Dec. 6 Board of Supervisors meeting. “I’m not dancing around this. We had a young woman violently raped and another one assaulted, and this was for all intents and purposes, on his part, a coverup.”

Enough of citing Phyllis Randall for calling for Ziegler to be fired or the other supevisors who suddenly at the 11th hour saw religion about this situation. The reality is had we not had a Republican AG, all of this would have been swept under the rug and ziegler would still be in offie. This democrat school board gave him a raise amid the public knowing pretty much 95 percent what had happened,from teh father of one of the girls assaulted. As far as I am conerned, this is a lesson to Loudoun voters — you need 2 party government. You cannot be so blind to only vote for Democrtats because you hate Trump or what national Rep[ublicans stand for. And I believe the Loudoun BOS should order its own audit of the schools. Let’s see if these Democrats have the guts to do that vs. flowery statements from the dais, pittying the poor girls assaulted. Gosh!

Loudoun4All Responds to the Firing of Dr. Ziegler and Calls for the Resignation of Sheriff Chapman

Following the release of the Grand Jury Report on LCPS, the School Board voted unanimously tonight, December 6th, 2022 to fire Superintendent [Scott] Ziegler. Loudoun4All supports the School Board’s decision to fire Dr. Ziegler following the revelations from the Grand Jury Report as to the mishandling of the sexual assaults last year. It follows the firing, in January, 2022 of then LCPS Chief of Staff, Mark Smith, who was terminated likely as a result of his failure to meet the requirement of filing a Title IX investigation at the time the first assault was reported.

The firing of Dr. Ziegler and Mark Smith are important steps toward accountability from LCPS. We hope, however, that these steps will not be taken as the only solution to the problems revealed in the Grand Jury Report. All too often a scapegoat is used in these situations to appease the public, instead of making systemic changes. There is still a pressing need to address the communications and policy failures revealed in the report. We hope that, as a community, we will still advocate for those changes.

However, Dr. Ziegler is not the only leader who needs to be held accountable.

Although the Grand Jury Investigation targeted Loudoun County Public Schools, the report detailed serious problems with other agencies, in particular Loudoun County Sheriff’s Office. The report makes clear that the LCSO did not take the initial assault allegations seriously and as such may have delayed the investigation:

“We heard testimony that the LCSO “did not see fit” to charge or arrest the assailant in the wake of the May 28 sexual assault, but that the calculus changed after the June 22, 2021 school board meeting where the father of the victim was arrested, the sexual assault became highly publicized, and Loudoun County was put into the national spotlight…..Additionally, after interviewing the victim on May 28 and the assailant on June 1, the LCSO collected very little additional evidence”

The fact that LCSO did not want to pursue charges initially was one of the most shocking allegations of the Grand Jury Report. Community outrage should not be a factor that the Sheriff considers when deciding whether or not to pursue the investigation of a brutal rape.

In addition, the report highlights the broken relationship between LCPS and LCSO and how it contributed to the failures in the handling of the case.

“Several witnesses testified the sheriff and superintendent are not on speaking terms and tension exists between the leadership of LCPS and LCSO. The citizens of Loudoun County deserve better than two high-profile individuals publicly squabbling and refusing to put aside any petty differences.”

“It is important to point out the lack of cooperation between LCPS and LCSO was an underlying issue throughout summer 2021. This unquestionably contributed to LCPS’ delinquency in opening the Title IX investigation into the SBHS sexual assault. Though the charging of the SBHS assailant in early July should have been enough for the chief of staff, under his interpretation, to launch a Title IX investigation, LCSO refused to provide the actual charges to LCPS.”

In light of the revelations from the Grand Jury Report, Loudoun4All believes that while the School Board firing Dr. Ziegler was an important step toward accountability for the failures revealed in the Grand Jury report, it cannot be the only step. For his failure to take the initial charges of assault until he was forced to by the public outcry, for his failure to cooperate with LCPS, and for his refusal to provide the charges to LCPS, Loudoun4All feels that Sheriff [Michael] Chapman also needs to resign.

Why does anyone expect courage from a bureaucrat? People like this guy are hired to service policies and regulations not handle crime. I don’t excuse any of what happened here but this is little different than Uvalde, Sandyhook, etc..

Good riddance to a corrupt man and incompetent leader.

With a (ridiculous) annual salary an excess of $300,000.00 it’s no wonder public schools and their bureaucrat employees are more focused on a political agenda rather than a world class education.
The lives of the bought and paid for leave much more to be desired from our elected representatives and their bureaucrat minions.

“With a (ridiculous) annual salary an excess of $300,000.00 it’s no wonder public schools and their bureaucrat employees are more focused on a political agenda rather than a world class education.”

But parents aren’t – right John? The public school system is an absolute mess made worse by the DoEd and a bunch of corrupt and perverted supposed teachers. Real teachers are bailing out because they are in a no win situation. In my area, it is difficult to get bus drivers because they can’t stop fights that endanger their cargo of kids. Here is an example. Girl mouths off to boy. He gets up and starts beating on her. Bus driver stops bus and separates kids to prevent injury or accident on road. Bus driver gets called into HR because he put hands on kids to stop mayhem and because boy jumped off bus at other than assigned stop. Parent threatens suit because his boy was touched. In your wonderful education world, bus driver should have let them fight it out with no interference even if severe injury or death was likely. You are the typically stupid example of a modern democrat. All emotion and no common sense.