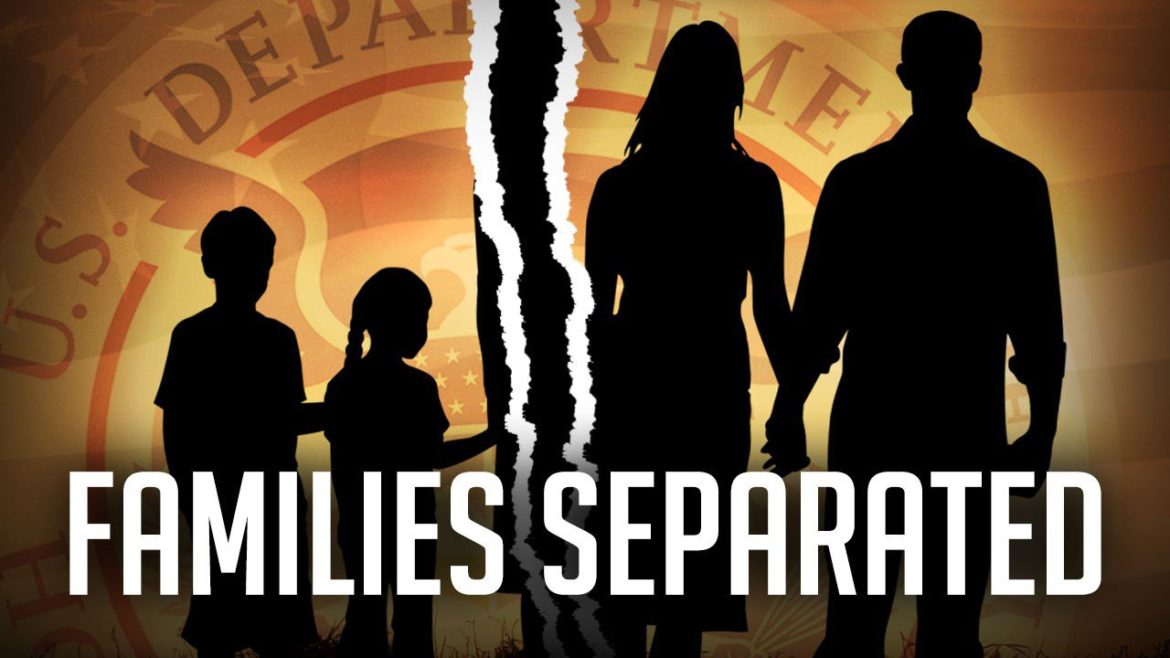 We really don’t need any more Central Americans. We have too many already. What have they brought this country? MS13; Drugs, incl. millions of doses of lethal Fentynel; more demands for ESL, housing, & food stamps. A recent picture on the internet showed a pretty fat illegal immigrant woman from C. Ame. who claimed “starvation”.

Not happy Trump caved. We are being overrun. Last figure I heard was 12K kids in detention facilities, 10K of whom were already sent here alone. And we are supposed to administer all their needs at taxpayer expense. And this doesn’t incl. the ones already distributed nationwide by the previous administration. If you put the alleged parents in there with them, the already overcrowded facilities become run by gangs, just as the countries they are fleeing. We cannot be the dumping ground for all the world’s failed societies.

Let’s be not so Politically Correct;
Trump is an Indian Giver

Yet Virginia Republicans are not concerned with illegal immigrants after they cross the border and arise in Virginia and violate all of these and more laws.
Not one elected Virginia Republican including Delegate Freitas gives a $#!+ about illegal borders being illegally and employing illegally in Virginia.
Aw , Boo freaking hoo. I see Trump buckling to the press and other Republicans not concerned with Santurary Employment.

In our country those who commit a crime are sent to jail and separated from their children. Illegal immigrants are committing a crime when they cross the border. Why should they be treated differently from all other criminals?

Because children crying is a pretty big political problem

As a Trump voter I say he is a candy ass.

It appears that “political problems” override problems of the reality of illegal immigration.

As that famous national socialist said: “The state must declare the child to be the most precious treasure of the people. As long as the government is perceived as working for the benefit of the children, the people will happily endure almost any curtailment of liberty and almost any deprivation.”

Yup good old internet made up quotes, like Abraham Lincoln said “90% of information on the internet is untrue”

Sigh. I guess this is what I get when I presume the commenter is aware and interested in furthering the discussion.

And what I get when I assume the commenter knows enough to not use falsely attributed quotes found in the internet. It is sad.

You are correct and I was wrong.

My original quote was attributed (incorrectly) on multiple quote sites, I had presumed my usual infallibility and apologize for falsely accusing you of being unaware of my self-perceived brilliance.

The full quote was satire in full essay here from: http://www.aapsonline.org/brochures/lapin.htm

Sorry for all the snark, but it is the internet, and therefore default reaction. Thank you for the clarification.

Never apologize for snark, it’s what makes online argument worthwhile. I actually thought the essay was CS Lewis/Swift level. I would have never gotten there except for your smack down — truly, Thank you.

I will bet that nitwit doesn’t know who said that.

He was right, I was wrong.

Congress and both political parties gets their PAC/campaign money from the same American Corporation/ Wall St.. Congressional elections are noting more than an episode of who wants to be a millionaire.

Don’t look for any change. Its all about the cabbage.

I get your criticism of Trump now… and I can’t exactly say you are wrong. He is the only President though to even attempt to control illegal immigration, albeit as much as he could reverse and then grant the largest amnesty in the history of the US… because that is what would come with an amnesty. It has been so many years since there was an actual border or a law of citizenship. That scumbag Clinton correctly saw that immigration was the Democrats ticket to elections. W the Retard was all corporate cheap labor all the time and Obama was a combination of both.

As I have told the GOP Incorporated types… kiss your party bye bye once you have the next amnesty and the deluge of family unification to follow.

Yes that’s right Bearing Drift Morons…. y’all are done for in Va when you get your amnesty. With the percentage of the Latino vote at 9 percent and rising, even your boy Gillespie lost.

Not just cheap labor but now the business of detention.
Politico is running a story about a Brownsville Super Center turned into a detention facility.

The children are also then typically given to family members or put into foster care not kept in unknown perpetuity while the unknown (in this case) wheels of justice roll on.

How about instead of just saying “by God this is the only way it can be done” and come up with a better way to do things? You know, a people with ideas.

Yes, they broke the law. Does that mean we must lower ourselves and them to the least denominator? Are “family values” only to be shown to those who haven’t broken the law?

How hard can it be to set up a family holding facility to provide housing while their ultimate fate is determined? Must they really be separated as if there is no alternative?

Please note, I didn’t say anything about allowing them to stay here just finding a better, yes more compassionate way to mete out justice for those who are innocent of their parent’s transgressions.

How much do you want to pay for it? Is there an upper limit for the comfort of the childs traffickers and their cargo?

They should not!
One DACA child without family here was part in a gruesome and torturous murder in Bedford County Va.
He was also placed in public schools.

When will folks wake up?
Enough of the damn pandering stupidity!!!