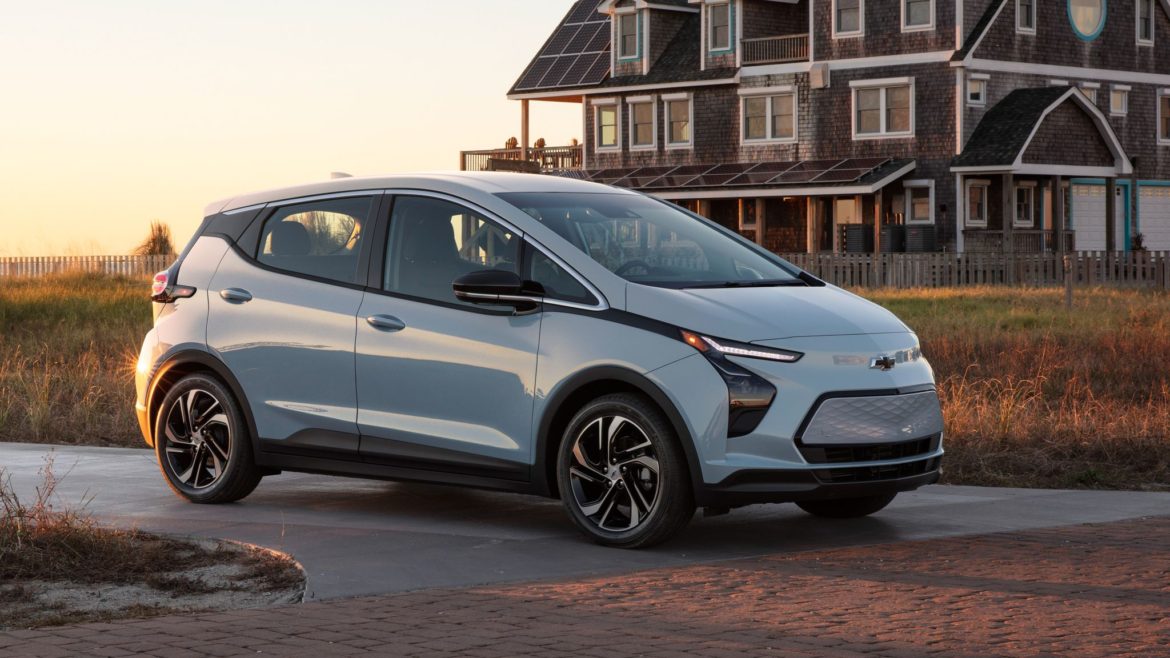 Build Back Better Act will give you $12,000 for purchasing an electric car — but not if it’s a Tesla

The centerpiece of Joe Biden’s agenda, the Build Back Better Act, is full of pork and special-interest giveaways — like a provision that gives people $12,000 for buying electric cars — but not if it’s a Tesla.

Build Back Better contains a provision which would give a $7,500 tax rebate to anyone who purchases an electric vehicle, including both all-electric and plug-in hybrids. However, that amount rises by $4,500 if the car was made in a unionized U.S. factory. Teslas, which are made in a non-union factory, don’t qualify for this rebate.The bonus $4,500 in credits only applies to cars made by Ford, General Motors, and Stellantis. A driver who buys a hybrid Toyota Camry, which U.S. News rates as having “Great” reliability, does not qualify for the extra money, even though the car is made in Kentucky. But if that same driver buys a Chevrolet Bolt, which recently halted production because its batteries were catching fire, he would receive the extra rebate. Out of over 50 electric vehicles currently on the market, the only ones that would qualify for the extra money are two variants of the Bolt.

By favoring unionized automakers, this provision gives preferential treatment to the United Auto Workers union (UAW). Last fall, when Biden visited a UAW job training center, he bragged about this provision, saying “I want those jobs here in Michigan”—rather than in states like Tennessee or Kentucky, where fewer autoworkers are UAW members.

Rep. Dan Kildee (D-Mich.), the provision’s co-author, said he included the bonus funding after being advised by the UAW “about the importance of including an explicitly pro-union component.”

The Build Back Better Act contains many other perverse incentives. It will stick large marriage penalties into the tax code. It will subject over a million prosperous married couples to higher tax rates than unmarried couples making the same income. “Marriage penalties in the proposed structure can total $130,200 annually in higher taxes” for some couples, says the Texas Public Policy Foundation.

It encourages out-of-wedlock births, by conditioning thousands of dollars worth of tax credits for low-income people on them not getting married. As CNBC explains, many low-income people could lose their earned-income tax credits if they marry: “a childless worker marrying someone with a kid may eliminate the benefit. It may also reduce what their spouse with a child would have received if they were single.” The Republican Study Committee notes that the bill “penalizes marriage: The bill would permanently double the EITC’s marriage penalty on childless worker benefits.”

It also discriminates against churches and religious communities. It specifically states that “eligible child care providers may not use funds for buildings or facilities that are used primarily for sectarian instruction or religious worship.”Through a combination of discriminatory mandates and subsidies, the Build Back Better plan would wipe out thousands of jobs at religious daycare providers. It also contains disincentives to work, conditioning child-care subsidies on many parents working less and earning less money.

“The existence of the debt saps the rest of the economy,” says University of Pennsylvania economist Efraim Berkovich. “When the government is running budget deficits, the money that could have gone to productive investment is redirected.…You’re taking away from the capital that we need to grow our economy in the future.”

Past increases in spending by the Biden Administration backfired and shrank our economy by reducing employment. Economists had expected that the economy would add more than a million jobs in April 2021, because it had been growing rapidly since fall 2020. But after Congress passed Biden’s $1.9 trillion “American Rescue Plan” in early March, employment grew by far less than expected, resulting in 700,000 fewer jobs.

Build Back Better Act will give you $12,000 for purchasing an electric car — but not if it’s a Tesla was last modified: November 30th, 2021 by Guest Contributor Hans Bader

This is the bastard step child of LBJ’s Great Society Act. That law ended Aid for Dependent Children if there was a man in the house. Black and poor white divorce rates sky rocketed within a few months of the law being signed. The entire act, as with this one, is designed to keep the blacks on the democrat plantation.

We would not be talking about this now if Republicans had not saved Father Joe’s ass by passing his $1.25 TRILLION infrastructure bill in the middle of the night, going into a weekend. And, just 3 days after the election. Yea, it was planned that way. Pelosi did not have the votes in her own party to pass the infrastructure bill. No problem, Republicans passed it for the Democrats, giving Father Joe a major victory. A victory that will likely include passing this bill in the US Senate in some form.

Fuxk Republicans. They gave me the finger 3 days after the election I voted for Youngkin. Now, I am going to give them the finger. Fuxk em’ and Trump in 24’ too!

RINOs are not Republicans. They may run as a republican and talk the talk, but when it comes to the walk, they are Democrats.