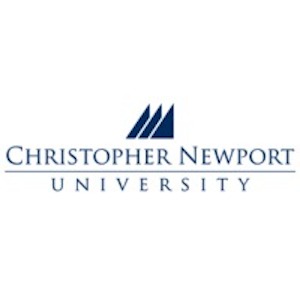 According to the survey conducted by CNU’s Wason Center, the Floridian presidential candidates have a sizable lead among “Republicans and Republican-leaning independents” in Virginia.[read_more]

The poll also found that among all presidential candidates, only Bush would best Hillary Clinton in a head-to-head matchup if the election were held right now. In a notable contrast from the last time the poll was conducted in February, Clinton is unable to muster a majority against any candidate, reflecting a growing weakness as more people begin paying attention to the 2016 race and the terrible flaws Hillary has as a candidate.

According the poll, here’s the state of play in Virginia:

Of course, among Republican activists (i.e., people who have been paying attention), the results are typically much different, with Bush having nowhere near the strength as he shows in this wider survey. The reason for that is revealed in the poll itself, where it shows Bush’s huge but unsurprising advantage in name identification compared to others. In particular, Rubio and Walker appear to have significant upside potential given that 41 percent and 53 percent of respondents didn’t even know who they were.

When a poll is characterized by that degree of complete ignorance among the electorate, it seems more than a little bit of a stretch to extrapolate meaningful conclusions. But that doesn’t stop self-promoters at CNU from doing just that:

“The Republican field continues to be very fluid,” said Tom Kramer, assistant director of the Wason Center for Public Policy. “While there are no break-out candidates yet, we do see a sorting taking place, with Bush and Rubio emerging as top-tier candidates, and Christie, Paul, and Walker forming a solid second-tier.”

Puhleeze. We’re still very far from the Republican electorate making any sort of “sorting” decisions from among the largest and most qualified field of presidential candidates we’ve seen since at least 1988. When a majority of those sampled don’t even know the name of the candidate who has topped most recent informal straw polls among party activists, you know we’ve got a long way to go before positions and tiers become solid.

Plus, as Matt Colt Hall points out here, this doesn’t reflect the dark horse factor of Virginia’s own Carly Fiorina, who didn’t even make the know/don’t know cut in the CNU poll. She, and several others, will shake these results up quite a bit, and probably multiple times before an actual set of leaders emerge from the pack.

The full results of the poll can be found here.

UPDATE: My friend and pollster Rick Shaftan weighs in on Facebook about this poll:

Incredibly flawed poll and methodology. Random digit dial. No screen for likely primary voters and WAY WAY too many cell phones. And a closed-ended presidential preference. No one should take any of these numbers seriously.

Said another way: garbage in, garbage out.

I thought we had left the reality zone when I observed the 10% (?) casting a nod for Chris Christie placing him directly in the company of Paul Rand and Scott Walker who are both out actively working the early primary rubber chicken circuit sans him. American political polling is really beginning to develop an unsavory odor. I would place a very questioning eye on any early polling numbers coming out of either the Clinton or Bush camps this presidential cycle especially if they start to get dinged in the early primaries.