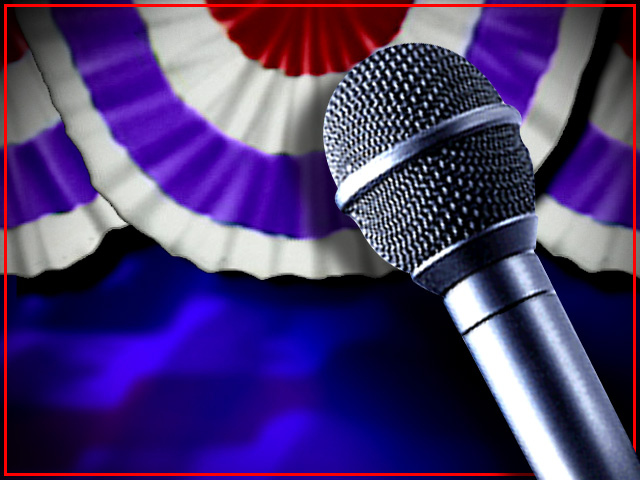 It would be a stretch to say the debate in Sully last night was interesting. It wasn’t. [read_more]

Brian Schoeneman channelled his inner Ronald Reagan and spoke every clique known to Republicans and mankind. He’s going to find ways to cut the budget that don’t hurt libraries. Libraries?  Those things filled with books and movies that are in every elementary, middle, and high school?  Public libraries that less than 10% (or is it 5%?) of the adult population ever uses?  Yes, some adults (like my husband) are very frequent users of the public libraries but the majority of voters never set foot in one. Many of us download everything we read onto our Kindles and Ipads. Even those who do use libraries don’t consider them a budget priority. Accompanying Brian at the debate was a large group of Young Republicans from a district other than Sully.  Perhaps Mason University YR’s? I have heard that his campaign manager, Erika Dyer, is working very hard campaigning and making phone calls for Brian. While Brian doesn’t appear to be connecting with large numbers of voters, Erika is. Perhaps that will work for him.

John Litzenberger stressed his time spent on the county’s planning commission and his ability to be a full time supervisor.  At times he got too far into the weeds on county issues, tending toward boring and confusing his audience. John is a nice guy, well known in Sully having served as planning commissioner for years and engaged in many other community activities, but he has run against Kathy Smith before and lost.

John Guevara was the most personable and the hardest working of the three candidates. He is also well known having coached little league in Sully district, served on the board of Navy Elementary PTA, served on his neighborhood HOA, and on the board of a charity to help families who are struggling financially. John hit the ground running with his campaign and hasn’t stopped. John has knocked on 1,200 doors in Sully and continues to door knock daily. During the debate John emphasized the necessity of balancing the needs of businesses and the community. He stressed how important it is to listen to the community and to serve their needs.  He has listened to the people he has met while door knocking and what he has heard most often is the need to lower taxes in Fairfax. Taxes are effecting the quality of life in Fairfax county and forcing some residents to leave the county. Taxes also need to be lowered to help businesses to remain in Fairfax county. The BPOL tax needs to be lowered to fill some of the empty office buildings in Sully with businesses. John Guevara connected the best with audience, perhaps because he is meeting the voters and listening to them on a daily basis.

At the conclusion of the debate John Guevara said,

“I am humbled each day by the support of my neighbors and friends in Sully.  I hope that I have fought the good fight and am I thankful to my opponents for their participation in the process. It is now up to the voters and I am asking for their vote on the 25th of April to keep Sully Republican.”

I will beat Kathy Smith in November because I am the most qualified candidate, and I will bring a wide and diverse electorate to the polls. That is how Republicans win in Fairfax County. You win elections by offering voters a clear and distinct choice. I am that clear, conservative alternative to a tax and spend politician named Kathy Smith.”

The firehouse primary, also called a canvass, to determine which of these candidates will be chosen to run against Democrat Kathy Smith in Sully district, will be held on April 25th, from 10am to 4pm at Westfield High School located at 4700 Stonecroft Blvd. Chantilly, VA 20151.

As an economist by training, I found it hilarious to hear Guevara try to correlate tax property increases and stagnant inflation. He basically wandered through the night throwing together things he heard somewhere or read somewhere, with a few verbs for good measure. Nothing but sound bytes.

Litzenberger was a bumbling fool, didn’t even make sense at times. Did he drink a couple vodka tonics before he started? I don’t even think he’s campaigning for this position. Schoeneman was on point but too polished. Agreed too much with the other candidates, which suggests he doesn’t have his own ideas. Kinda monotone, straining to evoke emotion and appeal to voters.

Wait, I thought you didn’t know any of these people. LOL You seemed so unhappy all evening. You didn’t appear to find anything hilarious or even mildly amusing.

Attention Jeanine: who you think I am and who I really am are not the same thing.

Yes, they are the same. Didn’t we speak after the debate? You in your little group of Brian’s buds?

Not anymore. We know who you are. Your obsession with me has made it obvious. You never could stay away from anything that involves your name.

*Paid for and authorized by John Guevara for Supervisor*

You were a bit slow today. We expected you hours ago. John Guevara is not paying me. I call ’em as I see ’em.

You “saw ’em” months ago, when you decided who you were supporting. The content of this post was determined back then, not based on what happened at the debate.

I don’t think Guevara is paying you for your support; only that this post was written SO blatantly biased and over-the-top that it reads as if the campaign wrote it.

Then again, no one expects any better from you anymore Jeanine. In fact, this could’ve been far, far worse. So maybe I should just count my blessings and leave it be.

There you go! I decided much the same about Brian’s blog years ago. Except they ARE paid.

Sounds like John Witbeck made a solid decision to back Guevara.