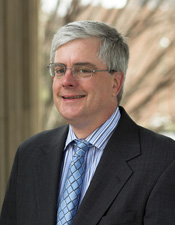 Ray Allen, has “angrily” stated to multiple individuals that he intends to bankrupt the Republican Party of Virginia (RPV), to install his own people throughout all levels of RPV’s State Central Committee, and to rebuild the RPV with money from Eric Cantor’s donors.

The tactic of slating is divisive and destructive, as it leaves the injured victims embittered, and permanently wounds the local party where it happened.  Taken to the highest level, these practices damage party unity like nothing else can. Picture it like the “fracking” for oil and natural gas, which is accomplished by pumping vast amounts of water underground to fracture certain kinds of geologic formations, thus releasing trapped pockets of oil and natural gas. That’s a good thing.  But, Ray Allen is fracking the party by pumping Eric Cantor’s money deep into party organizations to divide and break them to get at just a handful of helpful votes.  That’s a very bad thing, as it leaves behind him a wasteland of hopeless division, suspicion, and anger.

Apparently, Ray Allen and his allies don’t care. Which is why he has to go.  As I wrote when breaking the story last month on how Ray Allen got over a million dollars of business through the Republican Party of Virginia last year,

I don’t know about you, but that doesn’t sit right with me. I think that if Ray Allen has access to Rep. Cantor’s money, then let him have at it. But, the Republican Party of Virginia must stop subsidizing the corruption of its own processes—immediately. Not a single dime of RPV money should find its way into the unclean hands of this political thug ever again.

[…] and are essentially threatening to burn the house down if they don’t get their way.  (Sense a pattern?)  The way I see it, the torch is in their hands, not the hands of people backing Conventions.  […]

[…] Ray Allen’s “I’ll bankrupt RPV” stance to Lynn Mitchell’s constant attacks on any Republican she does not agree with, and now […]

When all the reporting is in, it will be interesting to see how much money Ray Allen made off of losing Eric Cantor’s primary race. I get the feeling he knew it might be the last Cantor race and took Eric to the cleaners.

[…] His best buds outside of DC are all Political Consultants. (And everyone agrees they can’t be […]

So I keep hearing was told to “someone.” Who is that someone that we can call up to testify on what they heard before the whole convention or central committee?

So, basically, Ray Allen wants to do what was done piece by piece by the “Tea Party” over the last few years to the RPV but actually win elections? Color me shocked.

Only someone who doesn’t understand the RPV bulk rate and campaigns would claim “RPV” money goes to Allen. It’s campaigns who use the company for direct mail. RPV hasn’t had two dimes to rub together for years. This entry is a joke.

On the contrary, Mr. Real. You’re the one who apparently “doesn’t understand RPV.”

First, RPV contracts directly–using “RPV money”–for direct mail on RPV’s behalf. According to last quarter’s reporting, that’s something like $26K for the first quarter. That has to stop.

Second, I understand completely that the bulk of the money is pass-through from campaigns. But it’s still RPV writing the checks. That has to stop (i.e., if campaigns want cheap RPV rates, they’ll have to use another direct mail service that doesn’t line the pockets of the guy who has threatened to bankrupt us).

It’s already broken. We have a Socialist Governor with the IQ of a cockroach. You firebombed Cuccinelli’s campaign, and that Cankor RINO is another boil on the ass of this State. Cantor won’t be around long enough to set any more houses on fire. He’s done on election day.

Has anyone heard anything from RPV Shaun Kenny lately? Is he hiding out somewhere?

Shaun’s around but he can’t blog because of his job with RPV, but he’s definitely still around.

So they are going to break the RPV, drive out those who disagree and install their own people? Doesn’t that epitomize the classic definition of a self licking ice cream cone?

If this is the strategic vision of the Cantor political forces and its political consultants for the RPV then any possible 7th district victory will be a pyrrhic one indeed, leaving the party in tatters and Cantor’s reputation and any future house leadership position shattered. After all Allen is the hired employee here, the directives and their results lie with Cantor himself, something he will not be able to simply brush aside as “just politics”. This is disenfranchisement of lawful Virginia voters. Aside from that this could cast a disturbing cloud over other state races where some see the shadow of the Cantor organization working agendas. It is time for Mr. Mullins to put aside the genteel party leader role and start rapping some knuckles.

When a headline asks a question, the answer is usually “No”.

Proof Or Not Real.

But don’t we already know about the slating? Won’t it be easy to verify the payments from RPV to Allen? Seems like some of this is true.

Some? Actually all of it is true. Every single bit.

Maybe “usually,” Bruce, but not this time. Every single thing in this post is correct. Most party officials aren’t willing to go on record when they fear possible retaliation, but I have independently confirmed absolutely everything written here via multiple independent sources.

(BTW, someone calling us the “BS Elephant,” while possibly satisfying on a juvenile level for that person, doesn’t count as a real challenge to our accuracy).

For something like this which is “game-changing”, second hand verification and unnamed sources aren’t enough to make a reasonable person believe this.The side that’s advancing this issue has a lot to gain if this turns out to be true. David Steinberg seems to be completely anti-Cantor so he has to live up to the same standard.

You haven’t met the “Proof Or Not Real” standard.yet without named sources.

Hey, here’s game changer for you…. Ray Allen and Eric Cantor “duking it out” over the YG slating effort failures in the 7th Congressional District (Eric was furious over that one!). He was especially P.O.’d when he was BOOed in his own turf at the 7th District Convention.

What Eric Cantor and Ray Allen are doing IS STUPID. Glad we agree on something 🙂 !