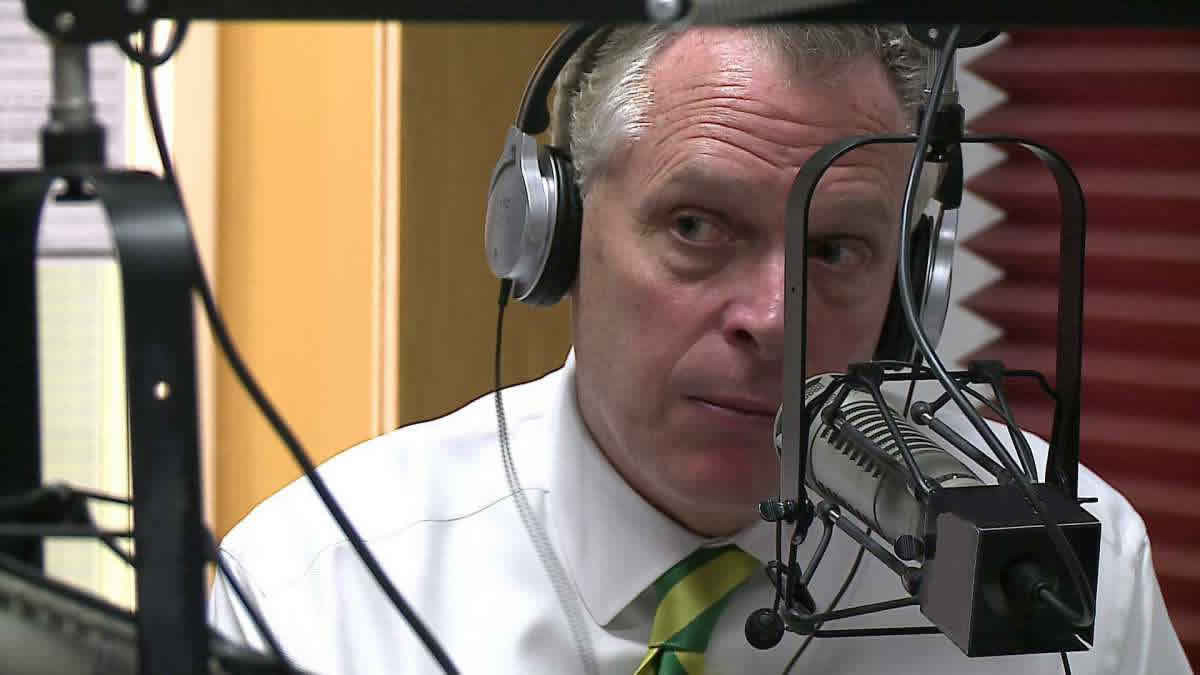 Governor McAuliffe appeared today on WTOP and was questioned about the proposed $17 tolls on I-66. Â Rather than answer the questions, McAuliffe used the opportunity to rant against Republicans, sounding ‘slightly unhinged’ in the process. Â From RPV,

When asked point blank where the money from tolls would be spent, McAuliffe admitted that more lanes werenâ€™t in the cards unless his first plan failed â€” and then refused to elaborate on just what those plans were.Â (Hint: Governor McAuliffe may deny it, but hisÂ plan has a lot to do with making Alexandria a much nicer place to ride a bike.)

Governor McAuliffe had an absolute meltdown live on the radio this morning and demonstrated a temperament completely unbecoming of the Governor of Virginia. He levied a series of insulting personal attacks against the Speaker, House leaders, legislators and Republican candidates that demonstrates he lacks the self control Virginians expect and deserve of their Governor.

The Governor should apologize for not only his comments, but for embarrassing the Commonwealth of Virginia today with a frat-boy like temper tantrum.â€

We are fortunate to have representatives in Richmond like Senator Black, DelegatesÂ LaRock, Minchew, Greason, and soon-to-be Senator Stephen Hollingshead, fighting the Governor’s plan to overburden commuters from Loudoun, Fairfax, and Prince William county with these exorbitant tolls on I-66. Â Please remember to support these fine men with your vote on Tuesday!

I think the governor was excellent in that audio clip posted above.

You see, both party’s can agree when it comes to letting a power company screw and take more money from the middle class and poor.

Whatever you accuse this governor of, he is not a convicted felon, and he has not given Virginia the gift that keeps on giving. That gift being the largest tax increase in Virginia history, HB 2313.

Try that on for size Chairman Wittbeck.

One does not appear on the radio. (My only complaint with the article)

Does anyone have audio? If so email it to: [email protected] thanks

Audio is on the bottom of the RPV page, http://www.virginia.gop/tmac-wtop-rant/

Turn the Richmond watts up John! I need a stronger signal. How about FM in Richmond.

Keep up the great work!