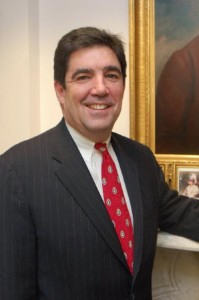 Years later, an indictment came down alleging a criminal conspiracy between Kesari, Benton and John Tate.Â  All three have strong ties to Virginia, and obviously the liberty movement.

Most of the underlying details are filed under seal and unavailable to the general public.Â  Nonetheless, the ruling of Judge Jarvey provides some insight to what really happened.

Seeking to cooperate with the federal investigation both Tate and Benton testified in the form of proffers for federal investigators.Â  Proffers are utilized when a party is not being granted immunity but they believe they have likely done nothing wrong.Â  Proffers are governed by proffer agreements that have generally similar terms from case to case.Â  These particular agreements barred usage of the proffered testimony except in instances where they were being prosecuted for making false statements (in the proffer), perjury(in the proffer), or obstruction of justice(in the proffer).

So what is the penalty for the governmentâ€™s improper use of proffered testimony to obtain indictments?

Although this prosecution has been brewing for years, prosecutors took this a step too far.Â  Tate should never have been charged, Benton was always likely in the clear, and it is unclear if Kesari will go down.

[…] more telling, a government official linked to Lois Lernerâ€™s IRS targeting of conservative groups, Richard Pilger, was the driving force behind the […]

[…] more telling, a government official linked to Lois Lernerâ€™s IRS targeting of conservative groups, Richard Pilger, was the driving force behind the […]

Something tells me that this whole political prosecution at the DoJ goes a lot deeper then Richard Pilger, from whom the House Oversight Committee learned about a database Lois Lerner, then head of the tax-exempt organizations division of the Internal Revenue Service (IRS), shared with the Federal Bureau of Investigation (FBI). But not before Pilger, at the recommendation of a DOJ lawyer, refused to answer questions 34 times, causing House Oversight and Government Reform Committee Chairman Rep. Darrell Issa (R-CA) to subpoenaed the Department of Justice. Issa stated at the time that the â€œThe Departmentâ€™s refusal to allow Mr. Pilger to testify about matters highly relevant to the Committeeâ€™s investigation unnecessarily delays and frustrates the Committeeâ€™s Constitutional oversight obligations.” There is a very unsavory history here with both Mr. Pilger and the DoJ and I find it VERY curious that a lingering investigation seemed to gather new life and focus just as son, Sen. Rand Paul was rising in the Presidential primary polls. An event that definitely impacted his polling numbers and was widely touted in the main stream media as “guilt by association” with his father Ron Paul. Very curious indeed, as Ron Paul’s poll leadership position crumbled in short order, the single contributing factor, most likely not, but a contributing factor most certainly yes.