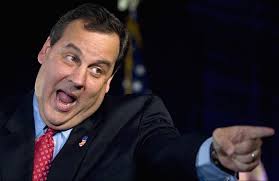 Chris Christie booted from Amtrak for screaming. Â After yelling at his Secret Service agentsÂ andÂ while sipping a McDonald’s fruit smoothie, Chris Christie began screaming into his cell phone in the quiet car of an Amtrak train. Â His screaming continued until a conductor came into the car and asked him to leave. Story hereÂ and here.Â

UPDATE: Â Christie’s campaign spokeswoman has apologized for Christie’s loud talking on the train. Â He didn’t realize he was in a quiet car. More here.Â

Last night on O’Reilly, he stated that the Christie story was made up and that the MSM picked it up without checking. Just another reason to wait and check sources.

Of course he said that. Odd that his spokeswoman apologized if nothing happened. There are three sources in the article.

O’Reilly said that three sources picked up the bogus story from a leftist website known for false stories. He named the sources but did not name the website noted for the false stories. I just did a quick google search and Gawker is the source of the fake story.

I am not a Christie fan, but we have to be careful about pointing fingers at other Republicans just because some left biased MSM picks up a story from something like the Huffington Post or worse and runs with it. By the way, Gawker is worse although how that is possible is hard to imagine.

Trump & Carson are the only 2 GOP candidates with Secret Svc protection.