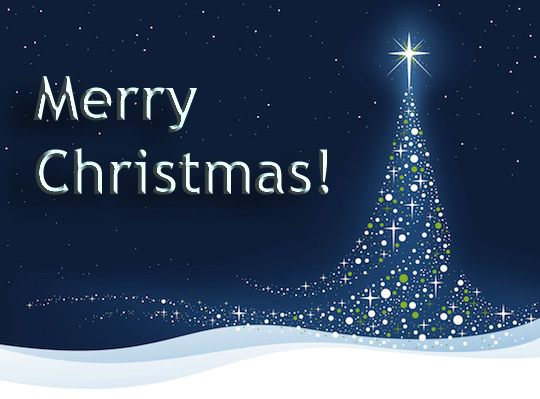 I’ve been thinking lately about how people celebrate Christmas. Some don’t celebrate it at all and don’t think anyone else should either. That’s why they get offended if someone says, “Merry Christmas,” instead of the politically correct “Happy Holidays.” I make it a distinct point to say “Merry Christmas,” and if someone can’t handle it, they can go sit in their safe space. Freedom of speech is one of my constitutional rights.

Some people prefer Xmas to Christmas. They want to take Christ out of everything. Even though X is the Greek letter Chi, which is the first letter in the Greek spelling of Christ, very few people have a clue about it. Most socialists want to hide Christianity from public view because part of their strategy to take over the country is to destroy the Judeo-Christian values on which our country and our morality were founded, and which, to the huge extent they made up the soul of our forebears, made this country great. Additionally, too many Christians do a poor job of passing Christian values, beliefs, and heritage on to their children, friends, and neighbors – even though that’s what Jesus Himself told Christians to do. I think part of the problem is that Christians themselves don’t really understand the full extent of what they have received.

People – Christian or non-Christian – tell you much about themselves by the choices they make. For example, some gravitate more toward “Rockin’ Around the Christmas Tree” while others prefer “O Holy Night.” For some it’s more important that “Santa Claus Is Coming to Town,” while others seek to know “What Child Is This?”

“As I drew in my head, and was turning around,
Down the chimney St. Nicholas came with a bound….

A bundle of toys he had flung on his back,
And he looked like a peddler just opening his pack….”

Other people are more focused on Doctor Luke’s story of what caused Christmas in the first place.

“And [Mary] brought forth her firstborn Son, and wrapped Him in swaddling clothes, and laid Him in a manger, because there was no room for them in the inn.” (2:7)

I can understand people being more excited about gifts under their own tree than about a gift given thousands of years ago and thousands of miles away. Yet the prophet Isaiah (9:6) declares just how important the gift of that baby boy really is. He says,

“For unto us a Child is born, unto us a Son is given;

And the government will be upon His shoulder.

And His name will be called Wonderful, Counselor, Mighty God, Everlasting Father, Prince of Peace.”

Note the phrase “unto us a son is given.” Given. Jesus is a gift. From God. One would think a gift from God is more significant than any gift one could get from Santa Claus. In fact, Jesus Himself said, “God loves the world so much that he gave [there’s that word again] His only begotten Son that whoever believes in Him should not perish but have everlasting life. For God did not send His Son into the world to condemn the world, but that the world through Him might be saved.” (John 3:16-17)

I suppose some people would have you believe that Jesus is no more real than Santa Claus. That’s okay. A third century monk named Nicholas, became the patron saint of children. Saint Nicholas’ tradition of giving gifts to the good children in his town was carried on long after his death. The Dutch Sinterklaas was Americanized to Santa Claus in New Amsterdam (now New York City) and other Dutch heritage communities in the New World. The name spread into use across the country. So, yes, Virginia, there is a Santa Claus. And yes, skeptic, there is a Jesus, Who is everything He claims to be whether or not we choose to believe Him. The historical evidence of that is overwhelming.

Gifts under the tree don’t do any good if the one to whom the gift is given refuses to open the package or accept the gift. In the same way, the Gift that God gave us doesn’t do us much good if we don’t accept it.

I am writing this not “the night before Christmas” but the weekend before Christmas. And while I do have a round belly, I am not an elf, nor do I fit through a typical chimney. But I will give you two gifts. One is a reminder of the child born in a manger who is the real reason behind Christmas, and the other is a prayer that you will, in this season and into the new year, find and know the peace and joy that can only come through the Wonderful Prince of Peace.