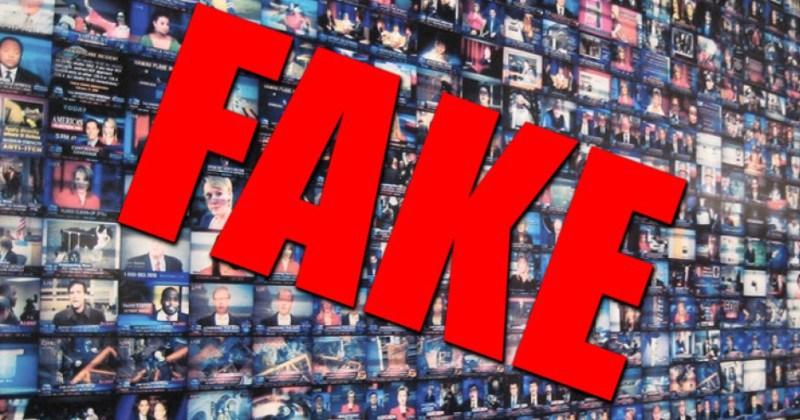 This is the kind of issue where the TEA Party, Libertarians, and even Progressives can come together and be like .. NOT HAPPENING. This is the kind of thing that can and would unite the anti-establishment people in both parties, at least to some degree.

From time to time I read something that is so blazingly stupid, I have to go outside and check the roadsigns to make certain I have not been transported to the Twilight Zone. This is one of those times.

Honestly … Republicans lie all the time. By way of contrast, the Trump appeal is that Trump did not run as either a lying slime Establishment Republican or a lying slime Establishment Democrat, all cut from the same bolt of Establishment Globalist cloth. Trump united people from both parties in order to Put America First! In essence, Trump won the hearts of Americans because Americans are awakening to the fact that everything around them is both Rigged and The Big Lie. This includes the Fake Lame Stream Media. Given this, we can safely conclude that Old Redneck is indeed, reporting to us from the Twilight Zone.

The only remaining question is — Can Old Redneck read the signs? If he can’t, then he is not any the better for his Fake Lying Misrepresentation.

ON SECOND CONSIDERATION, Old Redneck may have a point. CNN may not be the biggest disseminator of Fake News. Instead, it could quite possibly be the Obama White House or the United Nations located on the banks of the East River in Manhattan. Maybe we should not be to hasty here. Maybe we just ought to leave the door open just a crack for Old Redneck … just in case!

Do you ever read that website from scumbag David Brock, Media Matters? I bet you do… don’t you, Correct the Record man. That is an amazing bunch of crap. He is funded by Soros and I bet you are too..

Biggest propagator?! Where do you rank InfoWars?

InfoWars is less fake than CNN, and more fun!

Hahaha, now that is laughable.

No, it is sad, if you are even half kidding.

https://uploads.disquscdn.com/images/f98ee94958596b1de004571fc31fd37e223bba2839e59edbd879831ff3c1e882.jpg It’s sadder because it’s true — CNN standards for journalism are so lax that InfoWars has more valid election coverage. When most people get their information from comedy shows and partisan “news,” InfoWars is a breath of fresh air.

In the country of the blind, the one-eyed man is king.

You have a legitimate case to be going after CNN, but you have absolutely lost all credibility by trying to win an argument comparing CNN to InfoWars. Alex Jones is a buffoon, got his start by driving around Austin in a van shouting into a bullhorn out the window screaming the sky was falling. No joke, He was nuts then and he is nuts now. Shows how gullible people are.

It’s not like I have the credibility market cornered in the first place. Alex Jones is out there and supposedly an acquired taste but InfoWars is part of the news spectrum and they hit stuff that the mainstream doesn’t.

None of these are the gospel (except for TBE) but the truth most likely lies somewhere between InfoWars and CNN.

If everything is stripped away from Alex Jones’ message except for one big thing, it’s that Alex Jones’ core message has always been that One World Globalism = One World Tyranny. By Globalism we are speaking of the Washington Swamp Elites and the European Brussels Swamp Elites, and anyone aiding and abetting them. On this Jones has been right on the mark all along. CNN has pretty much denied Jone’s core message all along. In view of this, you might wish to move Yardstick Truth closer to Jones. Halfway towards CNN seems to me too generous to CNN which is now totally 100% in discredit due to perceived consistent equal opportunity lying.

I notice you got the helicopter flying around the icon. Pretty neat and a good selection. But you have me wondering, is there any kinship between spinning helicopter blades and tilting at windmills? 🙂

At lot of folks rate InfoWars right at the top, and that includes Donald Trump who was smart enough to prevail in a Rigged Lying System. I suppose you would deny Globalist don’t exist or that Climate Whatever is not a fraud and a scam?

Yup that about says it all: Trump rates InfoWars right up at the top. God help us when the self proclaimed smartest man in the world trusts InfoWars more than he does US intelligence briefings.

Is Chin short for Chinese — as in Chinese campaign contributions? Okay! That was a joke that was not a joke. But what we really need to know, just to satisfy our curiosity, is just what do you consider to be news sources to be relied upon?

I won’t argue Jones cause. Let the people and billions of hits a month make the case. But in reiteration, you have to at least admit that Trump was smart enough to take on the Establishment Clown Show both R and D, and do what no other man has done before, WIN in spite of the Fraud, Lies, Fake News and general program of Rigging.