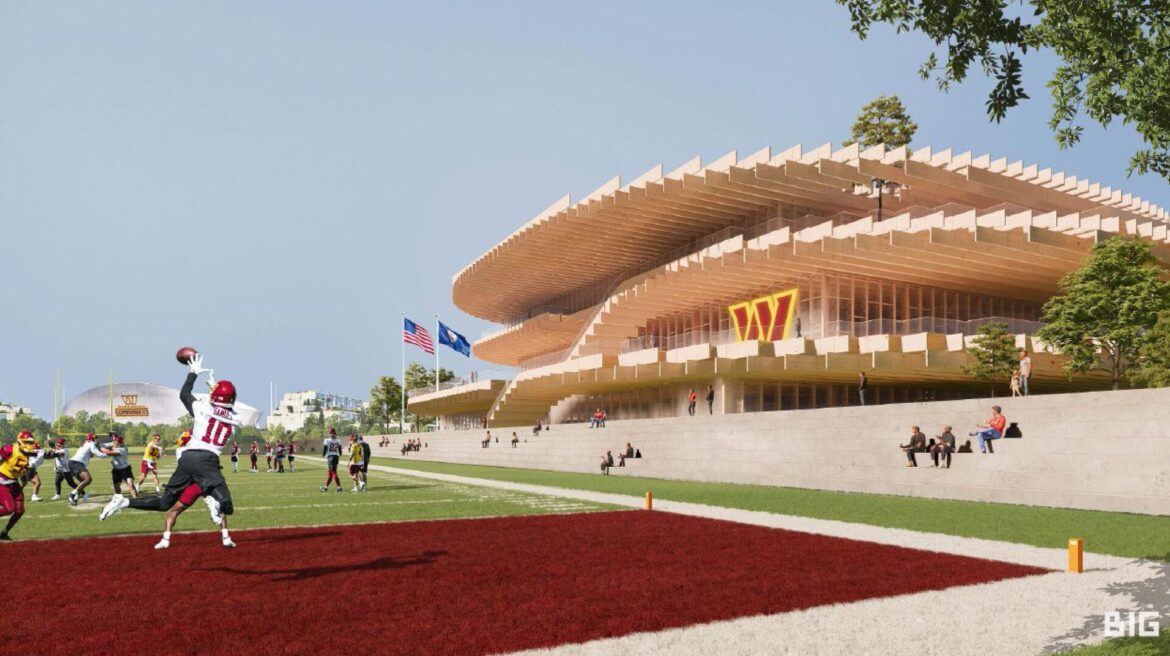 Commanders to build their new stadium and mini-city in Woodbridge

The Washington Commanders have paid $100 million to buy 200 acres of property in Woodbridge, Prince William County, Virginia to build a 3 billion dollar stadium for the team and a mini-city. The stadium would be covered and would seat 60,000 people. The land is near Potomac Mills, just off I-95.

The 200 acres would also house (from the RTD): “the team’s practice facility; an amphitheater that seats between 15,000 and 20,000; a small indoor music arena; high-end retail shops; bars and restaurants and residential living. The roof would be translucent and the stadium’s facade could change colors — it would be white during the day and, for example, burgundy at night.”

Other locations are still under consideration for the team’s headquarters, but this one is thought to be the most likely.

Commanders to build their new stadium and mini-city in Woodbridge was last modified: May 23rd, 2022 by Jeanine Martin

See Ken Reid’s comment which is probably spot on for that slimy Snyder….the trial balloon to see if he can get more taxpayer money. I bet he can.

Minor yet pertinent correction: they optioned to purchase the land. They haven’t finalized anything. 1 Joe Biden inflationary dollar bill says they are still going to build the new dump right next to the old dump in Landover where Head Commander Snyder already owns land.

See Ken Reid’s comment which is probably spot on for that slimy Snyder….the trial balloon to see if he can get more taxpayer money. I bet he can.

Maybe they will name it the LaRock Stadium…

I smell a very stinky back room deal between Dan Snyder and Glenn Trumpkin. Complete with a lot of VA taxpayers’ money going into Snyder’s pockets.

Potomac mills? Isn’t that in the middle of nonstop I95 congestion?

But is the state putting in any money? Or Prince Wm. County? I cant believe Dan Snyder is not going to try to snooker money from the government. Or, is this a trial balloon to get Loudoun to pony up for the 606 site, which has a Metro station? Regardless, I hope none one dime of taxpayer money, state or local, goes in to helping the “Commies” come to Virginia

Do you have to ask?

Of course VA is putting up a LOT of money that you and I paid in taxes. And, yes, Potomac Mills is a hugely congested location.

This is a back room deal between two sleazy lizards – Snyder and Youngkin – and you and I will pay for it.

See HB1353 and SB727 – still in conference but headed for signature before too long.

Amen, Ken. Take the losers as far away as possible.

Other than the obvious economic benefit, who cares?