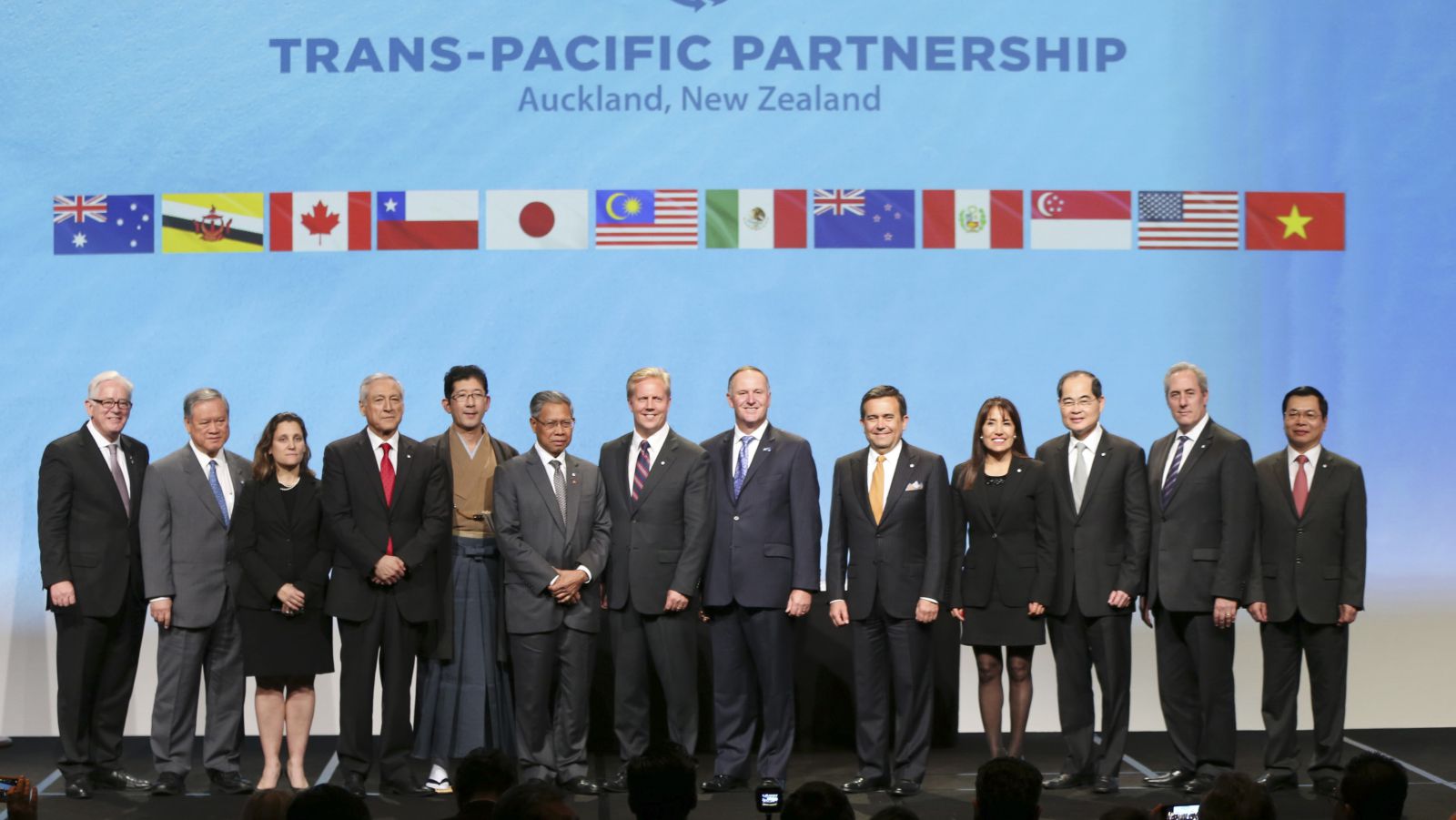 As with many issues today, Americans are asked to accept massive trade deals under the false dilemma of whether or not they are for or against free trade. The Trans-Pacific Partnership has been debated for well over a year, and yet we haven’t seen the fine print. Few, if any, arguments have been made, justifying TPP as a legitimate solution for promoting US exports and growing good paying American jobs.

Congressman Brat published an Op-Ed in the Washington Examiner yesterday, entitled “When Free Trade Isn’t Free“. I suggest reading the Congressman’s Op-Ed in full, but I do have quite a lot to say on the matter.

Instead of asking his constituents to accept TPP on the basis of a false dilemma, the Congressman is instead asking the Government to explain how TPP helps “struggling Americans”. Brat’s questions regarding the substance of TPP, the merits of the trade deal, are the very questions Americans would ask, if there were anyone available to answer them.

Will TPP benefit middle-class Americans? Why are we pushing this trade agenda over and above the top concerns of the American people during an unaccountable lame-duck session? If this deal truly benefits the American people, why not pursue it in the broad daylight of regular order?

These are legitimate questions.

I, for one, am not categorically opposed to TPP, but I also do not have enough knowledge of labor and environmental law to predict unintended consequences of environmental language within the bill. For example, a part of TPP’s Environmental Chapter ensures that, “Without prejudice to paragraph 2, the Parties recognise that it is inappropriate to encourage trade or investment by weakening or reducing the protection afforded in their respective environmental laws.” –TPP.

Does this language mean that by agreeing to TPP, that Congress, looking to relax regulations on US business in order to stimulate the economy and save US jobs, would be in violation of the treaty?

The goal of any treaty must be mutual benefit. As Congressman Brat argues,

I have a PhD in economics and I support the theoretical merits of free trade. Free and fair trade occurs when both trading partners gain from trade due to specialization and a broadened, deeper market.

This is exactly right. Specialization is a key concept here; and one I remain unconvinced is adequately addressed in TPP. There is no doubt that there are beneficial aspects of TPP for American industry, but what about American small businesses? The US economy is currently struggling to provide high-paying, specialized jobs. Obamacare, as the Congressman points out in his Op-Ed, is strangling America’s small businesses. Much of our economic growth comes in the form of low-paying service jobs (many of which are part time). TPP is littered with restrictions as well (like the environmental example above). So, is it free trade if the United Congress loses control over its own domestic environmental and energy policy?

However, today, truly free markets are hard to find — in any sector.

This is absolutely true. The fact remains that corporate special interests and public policy lobbyists have a seat at the table when these agreements are written. TPP pays absolutely no attention to domestic political or economic conditions responsible for many of the current weaknesses in the United States economy. The question is, should we be addressing TPP before addressing anemic job growth in the private sector (growth that depends upon lower wages and fewer hours) or repealing and replacing the Affordable Care Act with free enterprise alternatives?

When the Congressman asks why TPP should be brought up in a lame-duck session, we all know what he’s hinting at. Is it because Congress knows that TPP is woefully unpopular and wants to use outgoing Representatives looking for jobs in the private sector to help pass an unpopular treaty?

To get my vote, though, I need to see evidence that these massive trade deals benefit middle class Americans — those men and women in my district who work hard all day, every day, holding up their part of the bargain.

I agree with Congressman Brat that we need to know more before authorizing TPP. It is extremely important for people to understand, however, that tentativeness toward trade deals is absolutely not reticence toward free trade, but rather an appreciation for both the unintended consequences on the US Economy, as well as a prudent suspicion that the men and women with a seat at the table may have agendas other than the American worker and middle-class.