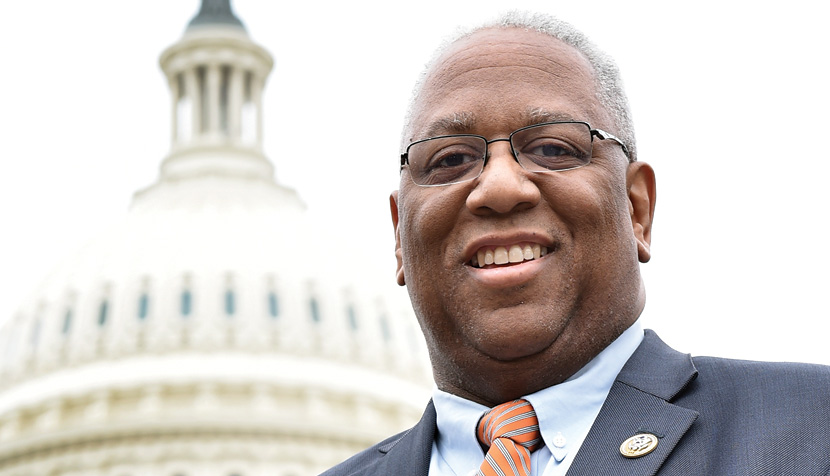 Congressman Don McEachin( D-Richmond) died today following a battle with colorectal cancer that began 8 years ago. He was still suffering the aftereffects of that illness.

McEachin was first elected to Congress from Virginia’s 4th district in 2016 and re-elected earlier this month.

He is survived by his wife, Richmond Commonwealth’s Attorney Colette McEachin.

RIP. But, why would someone run for office again knowing he was so unfortunately ill?

It is quite possible he did not understand the rapid onset caused by the vaxx.

I have seen people die of colorectal cancer. It is a horrific and painful way to go. I wonder why his cancer, apparently stable, progressed so rapidly.

Likely because healthcare in this country is nothing but a joke, ah, a joke if you are a provider that is. Example they catch my cancer early, but sit on it for two years sucking money out the insurers. This in spite of a biopsy report that said I needed treatment, surveillance was not an option. But, the doctor did not tell me this..

It was a blessing that I had another emergency illness and that the provider got my medical records and told me the situation. Actually, showed me and I was provided a copy. I was really pissed. But, his main interest was in getting the big “loot” for treating the cancer once the painful, but easily fixable emergency was taken care of in a few days. You have to understand, doctors are paid on commission, just like an auto mechanic is. But, my radiation team did a wonderful job as far as I can tell, no complaints with the doctor or the entire team. But, I think it had to do with them feeling sorry for me because I had been shit on for two years. My radiation oncologist, the entire team, was perfect.

Fuck US healthcare. It’s only a dash for the cash. Successful cancer treatment has a lot to do with the doctor, and his team, not only when caught, and where it is. No, not all doctors are equal. Do your home work and see how bad US healthcare really is.

I will never forget how the bastards did me. Oh, and yes, I had insurance.

You have to be your own advocate and do the research. Clinical trials are often the way to go. Usually low or no cost and at a top cancer center.

I had no reason to not trust the doctor. Recommended by a close friend, about 40 years experience, said he had treated over 1000 with the type cancer I had. The issue is if he were going to operation outside of the written, known, cancer treatment guide lines, for the type, how aggressive it was. location, and stage of cancer I had, I think he has an obligation to inform the me that he not following the known and recommended treated guide lines. But, he knew I would get other opinions, at least 2. It’s all about the road to the most profit. Drag it out, milk it for all it worth. Get to the Medicare card.

All I did was trust my doctor. How stupid of me. But,

Doctor’s can’t know everything about you. When I get a diagnosis, I search the internet for everything I can find. When I talk to a doctor I am an informed patient.