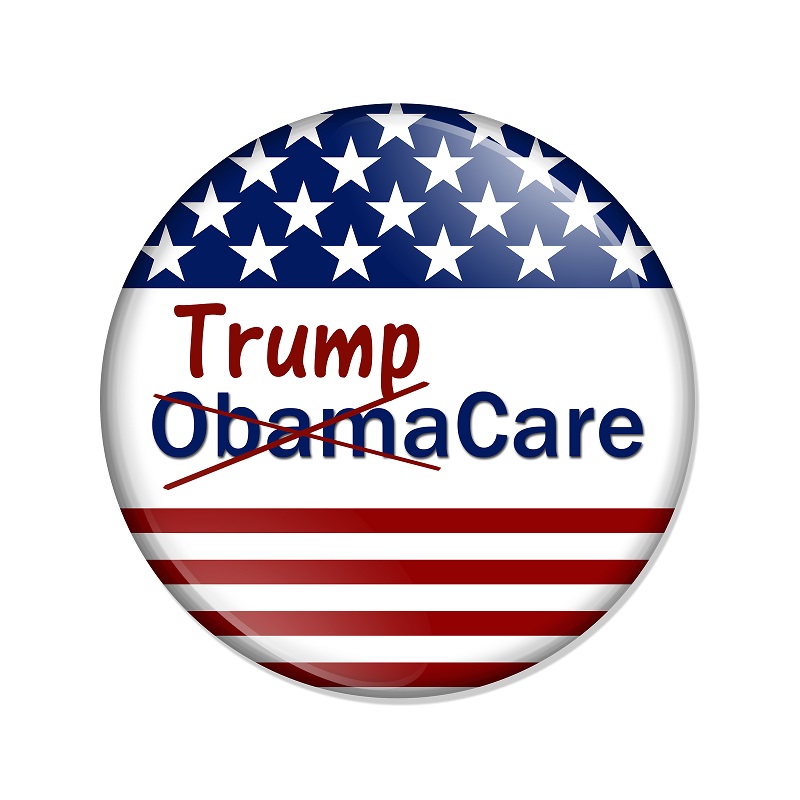 Conservatives Must Still Oppose The AHCA, Despite Proposed Amendment

So Tom MacArthur (R-N.J.) and House Freedom Caucus chair Mark Meadows (R-N.C.) have cobbled together an amendment to HR 1628, the Affordable Health Care Act, the terrible non-repeal bill cooked up by House leadership last month, that was gratifying pulled from the House floor before its inevitable ignominious defeat. Mick Staton has already opined on the situation. I largely agreed with him, but chose to wait a bit before I weighed in, particularly since the majority of the House Freedom Caucus has gotten behind this amendment. FreedomWorks and other conservative groups have gotten behind it. Perhaps there was something I was missing that would reveal itself.

In a word: No. I’d rather have no bill than this. We all know this will NOT be revisited later on. Leadership and the limp-wristed moderates of the Tuesday Group should be saddled with the blame of failing to repeal the ACA. This is a seminal moment for the Republican party, not just conservatives. If we cannot keep an explicit promise, made repeatedly since 2010, and one which won our party the majority in both houses, we’re finished. The entitlement state will grow and grow until the debt crushes the republic. It really is that clear. That simple. Better to strengthen the ranks of conservatives in Congress, with the goal of passing a full repeal, or in lieu of that, let the ACA collapse of its own weight. At least there will be a stark reality even the Tuesday Group won’t be able to hide from.

It retains most of the original problems. All the mandates are still there, including the “essential benefits”. States will be allowed (‘If it pleases the Crown, may we have our liberty back for a while?’) to apply for waivers from the essential benefits and some premium price mandates for high-risk customers, provided they can meet certain thresholds judged by the HHS Secretary, provide subsidies, and create “high-risk pools”. Waivers will be approved by default, unless the secretary concludes otherwise within 60 days, but what happens when there’s a Democratic, or even liberal/moderate Republican administration? Every waiver will be denied. ACA enrollees will still be grandfathered in. The ‘Cadillac’ tax on high-end plans lives on. The new entitlement dreamed up by Republican ‘leadership’ is still there.

This is NOT repeal of the ACA, or even anything close. It’s a partial rewrite, at best. Simply not good enough. Apparently federalism and actually keeping longstanding promises are no longer a thing with Hill Republicans. The Senate is likely to make the bill even worse, as opposed to improving it. Donald Trump has as about as much principle and policy acumen as Zaphod Beeblebrox, and will sign any Republican bill that reaches his desk, so he can ‘win’… or something.

Anyone thinking there will be any further repeal efforts if this bill passes is fooling themselves. Congressional ‘leadership’ and the trump administration will claim victory and move on, and give short shrift to any conservative repeal effort. It looks like this bill and proposed amendment are still in deep trouble. Good. This bill must be defeated entirely, and Ryan and his liberal pals in the Tuesday Group should be forced to keep the promise of repeal made in 2010, rather than suddenly losing their ardor to do so, now that there’s a Republican President who would sign it. Please contact conservatives like Dave Brat, Tom Garrett, and Morgan Griffith, and urge them (politely) to reject this Faustian bargain, made with Republicans who don’t want to keep their promises. #FullRepeal or bust.

So keeping ObamaCare is the better approach Robert? The GOP and Trump own healthcare now. When ObamaCare goes down, and it will, they will be blamed.

The problem is the GOP are avoiding a filibuster in the Senate (60 votes are needed to stop one) by using a special budget process, which limits what can be done but only needs a simple majority. You can only address spending and tax revenue using this process.

Connie is right, the GOP Congress can’t do it all at once. HHS Sec Tom Price is doing what he can administratively.

So the GOP are unwinding ObamaCare, repealing what they can to make it less onerous and returning the power back to governors and state legislatures.

You could try to get rid of the filibuster but the votes aren’t there to change that rule. And besides it’s handy to have if you’re in the minority, which the GOP could end up being if they don’t get their act together to get this done.

It would be great if the GOP could repeal it all at once but Robert Kenyon needs to find the 60 votes in the senate to do that. Find them Robert. Please.

Meanwhile the process the GOP is using is the only one that will work.

Keep in mind that most of the wilting flowers now prevaricating about passing repeal actually VOTED TO PASS REPEAL IN 2015. They knew Obama would veto it, which he did. Now that there’s a President who will sign it, they’re dreaming up excuses. No. No sale.

Congressman Dave Brat has already publicly come out and endorsed this strongly. I trust him a heck of a lot.

Lots of great things are getting accomplished already under President Trump. In only 4 months he’s made great strides in undoing Obozo’s disasters. The economy is booming.

Maybe Obamacare can’t be fixed in one fell swoop. It might take a while.

I trust Dave Brat because he’s principled and a ROCK. So I’ll wait and see.

Even rocks melt under intense heat. Trump flopped, why not Brat?

I’m with you on the Brat thing, and not only because Dave holds the only PhD in economics of our entire U.S. Congress: We now need to start somewhere — even if it’s only with some improvements — rather than dragging this out forever without any reconciliations. Nothing is going to satisfy everyone, but to throw away the practical whilst holding out til death for the perfect is no longer optional. Let’s do this.

The Republicans want Obamacare as much as the Dems. It’s all baked in to get rid of another one of your employment benefits. The company will give you a little ‘company store’ script to help buy your insurance on the repaired exchange.

Don’t expect any more money to replace your lost benefit in your now less than total package.

Retirement – Gone. 401k match – Gone or reduced. Sick time – gone. Vacation – combined Personal Time Off/Sick/Job Closure/You Name It You Gotta Use it. Health insurance – Hi premium, Hi deductible. Raises – gone. Not much left anymore. They still want your heart and soul though. Until they don’t, then it’s out on your a$$.

Remember, to compete with the communist Chinese labor, our lifestyle has to become very close to theirs. Bowl of rice anyone?

The Republicans promised to put competition in the Healthcare/Health insurance industry to bring the costs down. They lied. This bill has only one thing in it to lower the cost. Kick people who are sick off their insurance. One thing I agree with Trump about his healthcare plan? Kicking sick people off their healthcare will definetly lower the cost. But not to the consumer. Those greed based, Israeli controlled, bastards are going to raise the cost of healcare like never before.

Nothing but evil liars.