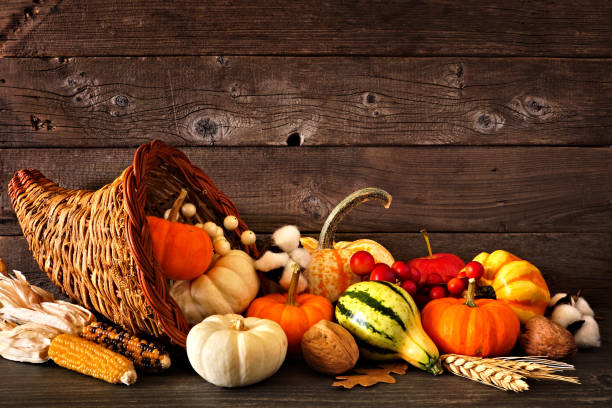 “Thankfulness is a feeling. Gratitude is an action.”

Giving thanks – being thankful for what we have and sometimes for what we don’t have – is a mighty powerful thing.

This is especially evident in young people and millennials. Some lessons can only be learned in defeat or failure. But, the culture and social media incessantly present success, money, and popularity – fame – as the pathway to happiness. The message is that only losers fail. But it’s a hollow message.

This is why Thanksgiving remains such a powerful and comparatively uncommercialized event in the American culture. It’s a bullhorn declaration that giving thanks for family and harmony can’t be purchased or invented. It has to be lived.

It is the 400th anniversary of the first Thanksgiving feast held by a scraggly band of Puritan Separatists – Calvinist Protestants – who fled the Old World searching for freedom from religious persecution. Of the 102 who landed at Plymouth in the late fall of 1620, only half survived the brutal winter to see the Thanksgiving feast in 1621. They came to understand thanksgiving and gratitude.

It’s a mystery, really. When we start giving thanksgiving for what we do have, somehow what we have becomes enough, and more often than not, turns to plenty. In gratitude for what we do have, we learn that as we are given more, our joy is not in hoarding or burying it away from thieves, but using it to incorporate others and to make our families, nation and world better in as many ways as there are stars in the heavens.

Excellent! It reminded me of this quote from William Law:
“If anyone could tell you the shortest, surest way to all happiness and perfection, he must tell you to make it a rule to yourself to thank and praise God for everything that happens to you. For it is certain that whatever seeming calamity happens to you, if you thank and praise God for it, you turn it into a blessing.” (William Law, 1686-1761, English clergyman, spiritual writer, and mystic)

Excellent read — “Are You Ready To Be An American Kulak?”
Seriously important to understanding where we are headed.
https://www.revolver.news/2021/11/are-you-ready-to-be-an-american-kulak/

From Colossians 3, Paul speaking to Christians,

12 Therefore, as God’s chosen people, holy and dearly loved, clothe yourselves with compassion, kindness, humility, gentleness and patience. 13 Bear with each other and forgive one another if any of you has a grievance against someone. Forgive as the Lord forgave you. 14 And over all these virtues put on love, which binds them all together in perfect unity.

15 Let the peace of Christ rule in your hearts, since as members of one body you were called to peace. And be thankful. 16 Let the message of Christ dwell among you richly as you teach and admonish one another with all wisdom through psalms, hymns, and songs from the Spirit, singing to God with gratitude in your hearts. 17 And whatever you do, whether in word or deed, do it all in the name of the Lord Jesus, giving thanks to God the Father through him.

“The message is that only losers fail. But it’s a hollow message.”

Where have I heard that sentiment before…

“He lost [against Obama] and let us down. I’ve never liked him as much after that. I don’t like losers”. Thanks for making him President… Real service to our country…

Michael Giere wrote a great beautiful piece here, and all you can do is pick out one sentence so you can spew your Leftist hate-america ideology. Gosh, is anything sacred to you? Anything? Oh, Happy Indigenous People’s Oppression Day to you!

Ok, Ken, here is another sentence then…

“In gratitude for what we do have, we learn that as we are given more, our joy is not in hoarding or burying it away from thieves, but using it to incorporate others…” “… unless those “others” don’t have proper immigration documents that is…” Gave it the old Republican finish for you..,

Regarding your own little bit of political demagoguery, you do realize that Squanto was kidnapped and enslaved in Michael’s story don’t you… ironic, eh??

Yea, and it was Republicans who gave Father Joe $1.25 TRILLION in the middle of the night 2 weeks ago to finance moving this country further left.