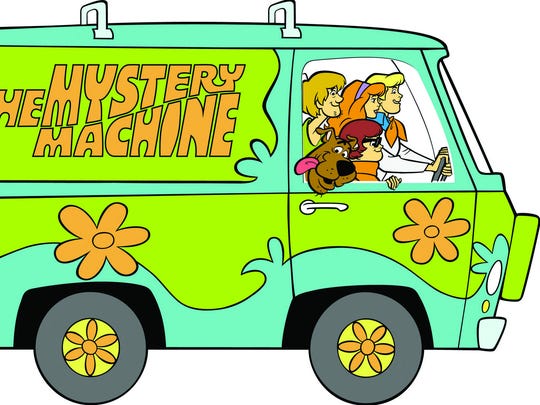 In a series of articles, earlier this year, I described how Democrats’ only successes in presidential elections, over the last sixty years, have been with candidates who were unknown quantities – i.e., “mystery candidates,” as I call them. I showed how John Kennedy1, Jimmy Carter2, and Bill Clinton3 ran and won as mystery candidates because their policy-inclinations were either unknown or concealed by interesting behaviors, personal characteristics, or reputations which steered voters away from close examination of their policies.

Because of the COVID-19 pandemic, followed by the widespread racial protests and riots, I didn’t conclude the Mystery Candidate series by reviewing the candidacy of Barack Obama. As we can see now, with 20/20 hindsight, Obama’s mystery-candidate run was probably the most successful job of pulling the wool over voters’ eyes that we’ve ever experienced.

I leave that wonderful example for another article – perhaps during a less tumultuous time, should one ever occur again – because it’s more important to look into Democrats’ current run for the gold. This time there’s no dashing young Irishman, born-againer, naughty southern playboy, or “bright, clean, articulate black guy” (as Obama was so famously described) to attract young and middle-of-the-road voters. Instead, Dems fielded a bevy of young firebrands of varying ethnicities, an ancient, wigged-out socialist (who actually knew Karl Marx, I believe) and a 77-year-old political veteran who promises to restore “decency” (seriously!) to the White House. Pundits and reporters were ecstatic over this wonderful lineup, and abuzz with speculation over who would carry the fight to Donald Trump.

In Democrat primaries, voters quickly weeded out candidates who could never win the general election, and settled for the only one who looked halfway normal. Joe Biden – the old white guy who has been around the block so many times that he’s dizzy from making all those left turns – was the only man left standing. But how could he be a new Mystery candidate? Everybody knew all about his political history and positions.

Early this year, the prospect of a Biden run candidacy had scores of Democrat Party leaders poised to leap out of upper-story windows. The guy was confused and rambling. He seemed to lose his train of thought. He could hardly string together a few coherent sentences to express a concrete idea. How could he possibly deliver speech after ringing speech in rallies across the country? How could he stand toe-to-toe on a debate stage with the supremely confident Donald Trump, and trade jabs and wisecracks with him?

Worse yet, how could Joe possibly defend (or even remember) all of his past political positions? And then there’s the inconvenient baggage of his old-time southern racism4 and his randy skirt-chasing. The prospect of all this recalled Thomas Jefferson’s famous comment about slavery: “Like a fire-bell in the night, it woke me and filled me with terror…” Various relievers were warming up in the bullpen as possible heroes who would take the ball from Joe Biden’s failing hands and save both the Party and the country.

But then, a miracle occurred to salvage Joe Biden’s candidacy – in form, if not in substance. Actually, there were three miracles – all produced by a mysterious virus from China that panicked the entire country.

First came the economic shutdown, pushed by politicians who were spooked by the 2 million possible Corona-deaths predicted by computer-models. You didn’t need a PhD in economics to see how closing down the economy would play out, but those same politicians were shocked – shocked is wot they were! – when unemployment rates soared to levels not seen since the Great Depression. This unexpected destruction of Donald Trump’s booming economy gave Democrats a first miraculous glimmer of hope for the Biden candidacy.

But the virus pandemic also elevated one of Mr. Biden’s possible rivals for his party’s presidential nomination. For weeks, during the height of the virus-scare, the media aired daily video-clips of New York Governor Andrew Cuomo explaining, in calm and measured tones, the orders he was issuing to handle the rapidly rising Corona-cases in his state.

Media reporters and commentators were rapturous in their praise of the Guv’s “masterful” handling of the crisis. Why (oh why) couldn’t we have somebody like that in the White House, taking control of the situation? Could he be the “white knight” who would ride in to rescue the Party and the country? Would Joe be willing to step aside for “Don Cuomo?”

The Cuomo-crush reached a crescendo (isn’t that an Italian word?), until news began to seep out that the governor’s “handling” of the epidemic might not have been quite as…ah… masterful as initially thought. Health officials revealed that Mr. Cuomo had ordered nursing homes to accept large numbers of elderly people who were already infected with the COVID-19 virus. Governor Cuomo claimed he did this to free up hospital beds for the expected surge in new cases, but the result was catastrophic for nursing-home residents. Of New York’s 30,000 COVID-deaths to date, at least 25% have occurred in nursing homes.

The Guv argues that this policy came from Mr. Trump, but his excuse – “vee vehr chust following orders” – isn’t selling. The “masterful” story has faded off the front pages, and The Great Mentioner has stopped promoting Andrew Cuomo as Joe’s replacement. Destruction of the Great Airship Cuomo was Mr. Biden’s second Corona-miracle.

The social-lockdown order, which kept large parts of the population confined to quarters, has presented a convenient excuse for Joe Biden to stay holed up in his Delaware house. For several months his contact with voters has been only occasional scripted video-clips released from his basement studio: no uncontrolled interviews; no nosy reporters asking inconvenient questions; no in-person speeches where Good Old Joe might reveal that he has definitely lost a step (or two). Indeed, the longer Joe has remained hidden, the higher his poll numbers have gone.

This “basement candidacy,” as it is being called, is Joe Biden’s third Corona-miracle. It has enabled his re-invention – copiously aided by Big Media – as a new man. Former CIA director and defense secretary Robert Gates is not alone in saying that Biden has been wrong on almost every foreign policy and national security issue over the last 40 years. But in the media’s milieu, all that is forgotten now; not just forgotten but virtually unknown.

Voila! Joe Biden has become Democrats’ latest Mystery Candidate. Millions of young voters, who weren’t even a gleam in dad’s eye when Joe Biden started his government career, know zip about him. Experienced media bunnies, who know that Joe did nothing for minorities in his 40 years of government service, are pretending that he is their great champion. Insiders who know that he offers no credentials for leading or fixing anything are keeping mum. The polls say he has a commanding lead over the completely known Donald Trump.

If his handlers can just keep Good Old Joe hidden in his basement – well away from any public appearances or face-offs with Donald Trump – they might be able to carry his mystery-candidacy all the way to the White House. And if they do, it will be a real howdy-doo for the American people. Voters who thought Joe Biden would be a welcome change from the boorish Donald Trump will be in for the surprise of the century, but it will be too late. After four years of Joe Biden and his cronies, we won’t recognize the country.