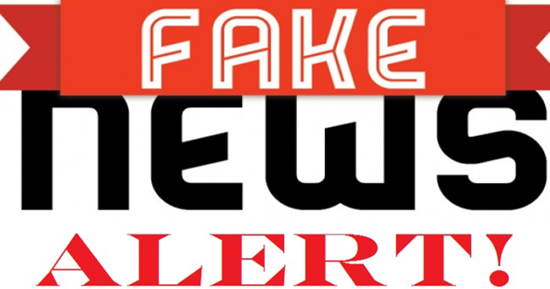 Earlier this week Politico.com fabricated a story claiming Presidential candidate Ben Carson had lied when he said he applied to West Point and was accepted with a full scholarship. Â Since then Politico has changed their story numerous timesÂ because it never happened. Â Ben Carson has said repeatedly that he applied to only one college, Yale.

“dumbest and most slanted” site that he has ever encountered.

TheBlaze also criticized the story in the strongest terms,

“I’ve been a reporter for almost 30 years. Politico’s Ben Carson story is among the stupidest things I’ve ever seen in print,” TheBlaze’sÂ Scott Baker said on social media.

CNNMoney weighed in on the fabricated story,

“Not accurate in Politico story: Carson claimed to have applied to West Point,” CNNMoney’s Dylan Byers noted on social media.

Byers, formerly of Politico, took it a step further by suggesting in an article that, “What initially looked like a disaster for Ben Carson could now be a major black eye for Politico.”

“[T]here is no evidence in Politico’s story that Carson ever claimed to have applied to West Point,” he added, disputing the report’s central claim.

“Politico said ‘Ben Carson admitted to fabricating.’ He did not. These are the facts of the case, and they are undisputed.”

“I’m a big fan of Ben Carson … I know there’s a media kerfuffle about it … but I can tell you this: I like & trust Ben Carson.”

Ben Carson himself called the story a “bald-faced lie”,

“Politico, as you know, told a bald-faced lie,” Carson said. “I never said I received a full scholarship. Nowhere did I say that.”

So Politico’s ‘big scoop’, their ‘exclusive’ story was fake. Â Rather than hurt Dr. Carson it has tarnished their own reputation. Â Politico has proven to be just another hack, liberal, political website.

I think the bigger story is Carson’s promotion of a fake dietary supplement. I know he downplays it, but how could a renowed Doctor get involved in a medical scam like this? Either he was in it for the money, or he didn’t have the ethical wherewithal to investigate the product(s) before putting his name on them. He’s probably fortunate he can make the media into the boogieman in a diversion about a West Point claim. Oh and a claim about stabbing someone.

No intent to justify Politico’s left-wing headhunters but Carson has a tendency to make statements that open himself up to these type of silly attacks. He is not a professional politician granted, but he will still need to tighten up his statements to deal with a hostile press and to compete successfully against any possible future Democratic opponent. He after all initiated the topic and left the impressions, Politico didn’t create it all out of thin air and his confusion on the military academy “recruiting” individuals vs the actual appointment process didn’t help, the academy doesn’t have scholarships per se just service commitments at completion of graduation. He needs to improve managing his public statements or a lot more of this will be forthcoming.

The “statements” were from an autobiography” written years ago. Carson had excelled in high school ROTC and was told he was a natural to be accepted at West Point with no tuition. He was not interested since his desire was to pursue a medical, not a military career. Therefore he did not research the details of admission to West Point in recalling the incident mistakenly equated no tuition with a full scholarship in his book. Your standard for “managing his public statements” is an impossible one because someone can always deliberately, or ignorantly, misinterpret everything said by every candidate. What is need is a discerning public and honest critics of stories like Politico conjured up to take out a viable candidate. Politico only wins when they distort and people say the li,e represents a failure the part of Carson.o

Well if you can’t manage your statements regardless if they come in written or spoken form, I agree there will be an impossibility present and it is you will unlikely ever walk in the WH door as president. First and foremost you don’t have to respond to every sound byte trap the media throws in your direction, if he needs some lessons look to Ted Cruz or even Marco Rubio, they are masters at avoiding the stupid questions they don’t want to address or dismissing the question altogether and that is a lot faster and more effective approach then changing the main stream media’s behavior or awaiting on the arrival of a “discerning” public. Carson is not an individual like Trump that can change the rules and somehow miraculously thrive in the process. If he wants to win he will need to be better at shaping the media to his message or I suppose you could wait for the world around Carson to change as I take from your comment is your approach. Good luck with that one.

Just as the Rolling Stone fabricated story had a powerful impact, with the University coming down hard on fraternities and politicians, media, etc. all calling for swift action to punish the “rampant war on women”, this Politico falsehood quickly grew legs and news reports said Carson was declared out of the race. Even today a conservative friend remarked how Carson was in deep trouble, unaware the false story had been repudiated by Politico, just as Rolling Stone was eventually forced to repudiate their story. The idea that clever ” management” by Carson would have negated the story on day one is dreaming. What is necessary is for truth seekers outside the campaign to swiftly, aggressively discredit the stories and their dishonest purveyors. The mainstream press is no help and it too should be heavily criticized for perpetuating a false narrative. Carson regularly does all you rightly praise Cruz and Rubio for. He rarely accepts the false premises of interviewers. This was an unusual case where the press wasn’t interested in his response and the false attack was getting very wide coverage. A strong accusatory answer was in order to expose the left’s duplicity and dishonesty in a very public way. Honest people should carefully scrutinize such stories in the future and strongly repudiate false narratives immediately before reporters repeat each others column with “some people are reporting…” Traditionally Republicans are easily led by the liberal press to sacrifice their candidates whenever the press says to. The classic establishment Republican mantra is, “We shoot our wounded.” The charge that Carson better do a better job managing his statements is an example of that. It’s part of reason the top establishment candidate polls well under 10% and the non establishment group combined out polls the establishment group 3 to 1.

We simply disagree on Carson’s upfront handling of this and your conjecture that Republicans “shoot their wounded” is a ridiculous comment as well as insulting in my opinion. Carson should and has addressed the issue as well as leveraged it to raise a bundle of campaign cash but if he continues to play the victim card he will be treading on dangerous ground, victimhood is not leadership and the American voter is looking for a leader. I look forward to him presenting his detailed policy positions on the issues concerning working and middle class voters something he has so far not spent a lot of time on and leaving this behind.

He said the Republican Establishment people, the Bush and Kasich folks, are eager to shoot wounded candidates. Not a blanket statement at all Republicans there.

“The Media” is the number one enemy in this country. We are long overdue to fight back, clean house, and stop letting them get away w/their B.S.

Is this not libel? Carson should sue.

I want to see the pressure kept on Politico. They are a bona fide arm of the racist Democrat party and need to be continually challenged

I am shocked…SHOCKED that politico would publish a negative story about a Republican candidate without fully checking their facts for accuracy.

I thought we would never get lower than that Rolling Stone article about UVA, and I was right, but this is Carson story is still pretty bad. They aren’t even going to apologize for it.