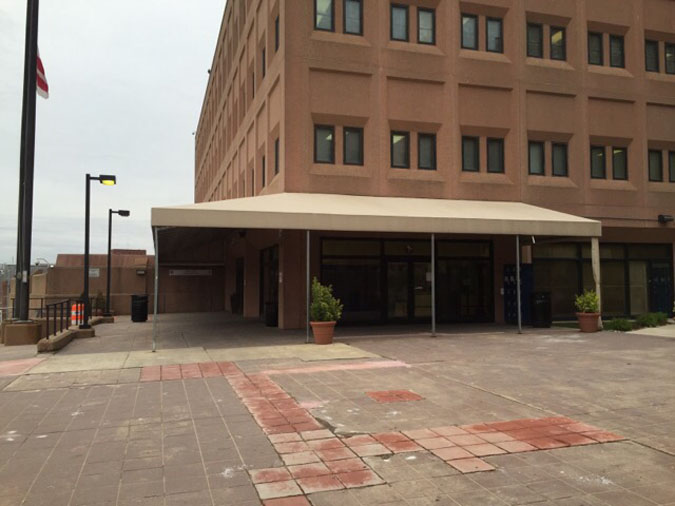 During the Revolutionary War, the British used a number of prison ships to hold captured American soldiers, sailors, and dissidents.  Called “Hell” by its crew, the HMS Jersey held up to 11,000 prisoners – only 1400 of which were left alive at the end of the War.  What happened to Americans during their incarcerations can only be called cruel and unusual.

The 8th Amendment to United States Constitution prohibits cruel and unusual punishment.  However, it does not define what is meant although in is recognized in law to involve punishment disproportionate to an offense and torture (degradation and unnecessary infliction of pain).  Unfortunately, both of these definitions have been and continue to be tested.  The most current example being the treatment of Americans who protested election fraud at the US Capitol on January 6, 2021.

The disproportionate nature of the imprisonment of the January 6th protestors is obvious.  When compared to the almost turnstile “pay and go” justice associated with the Kavanaugh hearing protests and the numerous nationwide ANTIFA/BLM attacks, the holding of January 6th protestors is not just disproportionate but horribly so.  These prisoners, housed indefinitely in the DC jail,  have been effectively “sentenced” without a trial, and without access to non-partisan judges. That is both cruel and unusual.

Torture during this imprisonment has also been reported.  Notably, the specifics of the torture, when compared to the situation of the GITMO prisoners, are degrading.  Whereas a GITMO prisoner had access to Islamic religious practices, January 6th protestors have apparently been denied access to Christian religious practices.  Torture has also included denial or delays of medical care and basic cleanliness.  Again, this is in contrast to the GITMO prisoners whose health and wellbeing were constantly addressed.  Finally, and this is by no means the final word on torture, the January 6 protestors are held in extreme isolation conditions that allow for a few hours outside their cell for exercise or meetings with preapproved persons and attorneys.  This contrasts with the GITMO prisoners who had far more humane treatment.

It has also been reported that January 6th prisoners have been beaten and physically injured while in their cells.  Reports have filtered out that many black prison guards see the white protestors as racists – and react with racial animus.  If this is the case, then the beatings, gassings, and other physical torture is unnecessary to control the inmates but is done to savage what is seen as a group of evil white people.

In order to escape the conditions in the DC prisons, January 6th protestors have been forced to appeal to “left leaning” judges by condemning the previous holder of the presidency, Donald Trump.  Essentially, unless a January 6th prisoner prostrates himself on the altar of leftwing political correctness, he will not be able to escape incarceration.  Since trial dates have been left to an all too often questionable future, the current incarceration amounts to an indeterminate long term or even life sentence.  This is something far less than the 6th Amendment “right to a speedy trial” human rights enshrined in the Constitution.

At this point, the January 6th protestors are political prisoners.  Incarceration in the DC Jail has proven to be both physically and mentally cruel, and it is amazing that none of these prisoners have died.   (Unfortunately, many who have been released are now suffering from previous “denial of care” physical problems as well as mental problems similar to PTSD.  One January 6th prisoner, still in his cell, is now on a hunger strike.)  What happened on January 6th may be a disgrace but what is now happening in the DC jails is compounding and magnifying this disgrace.  The American government has clearly and with malice usurped the constitutional rights of these American citizens.

One final point, Democrat leaders, now embracing socialism, have consistently demonstrated a dislike for and even hatred of the Constitution and its limits on government.  Unfortunately, too many Republican leaders ignore these abuses of the Constitution.  America is in trouble because the Constitution that protects us all is now being torn asunder.

You can sure bet there were no arrests of ANTIFA and FBI agents who were imbedded in the crowd to instigate the storming of the Capitol building. Pelosi’s plan worked to perfection. Communists 1/ Trump Patriots 0.

If republicans take over house and senate in 2022, they better have their own 6 Jan commission. I suspect the democrat 9/11 commission is an attempt to hide a lot of stuff under the cover of trump did it. The Dems pulled this type of stunt at Charlottesville. Now maybe we can have some fact finding focused on the truth.

that is so damn absurd

It is absurd if the FBI was instigating rather than protecting – and that is apparently the case in a number of instances. There job is to arrest evil doers not empower evil doers or, worse, encourage evil doing. The FBI needs to be investigated and purged as necessary.

If they could, they would lock down and imprison the unvaccinated or even force vaccination upon them. Australia is the model for medical totalitarianism.

What’s the matter “Dr.” Death? Couldn’t fit an anti-vaxer message into your piece so you had to make it your first comment?

Do a time check. This is a response to a previous poster.

When Lawless Biden demands all citizens be vaccinated (the obvious next step), will the noncompliant face jail or be locked down somewhere? Will they face the same fate as the suffering January 6 protesters?
Don’t forget the so-called vaccine (experimental gene therapy) is failing. Check out Israel and other states that have high vaccination rates.
VARS COVID Vaccine Adverse Event Reports (where there is a backlog) through Nov. 5, 2021:
18,461 deaths; 91,982 hospitalizations; 97,715 urgent care; 136,785 doctor office visits; 7,984 anaphylaxis; 10,981 Bells Palsy;
2,887 miscarriages; 9,094 heart attacks; 12,131 myocarditis/pericarditis; 29,104 permanently disabled; 4,268 thrombocytopenia/low platelet; 20,644 life threatening; 33,259 severe allergic reaction; 10,289 shingles.
Do these numbers tell you anything? Why are we being lied to that mRNA jabs are “safe and effective”? Why?

I know two people is one small family damaged by vaccination. Myocarditis for one and one urgent care potential life threatening.

Jesus, your rant is really insane

Facts are not rants. I know that is tough for you to comprehend as you are ideologically wed to the absurd. She provided data which is readily available but it is easier to cover your eyes and yell “nananananana” to block out the truth

The January 6th prisoners are not even being held in the central DC jail, but at the Correctional Treatment Facility. Federal inspectors have apparently found no issues at this facility. However, the issues mentioned above have been found at the central jail, where no Jan 6 protesters are being held.

The real issue here is that Donald Trump betrayed his supporters by not pardoning them. Donald Trump eventually betrays everybody, even himself. That is the real issue. Jail is jail. You will not get in a correctional country club by trying to overthrow the government.

They had not been convicted by the time he left, so he could not pardon them. Not that I give him credit here. He has not supported them one damn bit. He abandoned them. But Get the F out of here…. trying to overthrow the government. A bunch of unarmed people? Led by FBI informants… overthrowing the government… Horsesh.t to you.

Have any of them had a legitimate trial yet?

“They had not been convicted by the time he left, so he could not pardon them.”

Tippy, when was Nixon convicted of anything…? And plenty of weapons charges against the 1/6 insurrectionists.

Funny isn’t it. The only violent death was caused by a Capitol security guard.

Steve Bannon had no problem getting a pardon. The presidents buddies. Trump Shxxt on the Jan. 6 wrecking crew. TRUMP SHXTS ON EVERYTHING AND EVERYBODY. HE IS A SERIAL SHXTER!

But don’t worry. The only two people on earth who can screw this country up enough to put Trump back in the White House are doing a magnificent job of doing just just. Father Joe Biden and Nancy Stupid.

Are you stupid? You cannot pardon someone who wasn’t convicted… It was January 6… they are still awaiting trials. Trump left on January 20. He cannot issue a pardon for the future. And I am not try to defend Trump. Or the Republican kitties…

It was established years ago that a president could pardon someone for crimes that they have not yet been convicted of. Nixon a prime example.
See link below.

He also can’t pardon in mass when he doesn’t even know who might be indicted, imprisoned, and denied justice. The overwhelming number of indictments came after he left office.

It was known what crimes Nixon was to be indicted for before he was pardoned by Ford.

It never ceases to amaze me how quickly the point is missed.

That is because your piece has as many points as a bowling ball!!

Lmao, and that sir, is exactly te pint.

That whooshing sound you hear is that statement going right over your head.

Republicans should just sit back and watch. Father Joe and Nancy Stupid have already destroyed the magnificent opportunity they were given by voters one year ago. Just like Trump and Republicans 4 years ago. I doubt there is any way Democrats can recover from the enormous damage already done in just 10 months. Take a miracle. Republicans will take over and screw it all up again.

How do you correct people if you don’t try? This entire incarceration activity is purely about punishment in order to break these prisoners and scare the American citizenry. The politicos applaud the cruelty and abuse of constitutional rights.