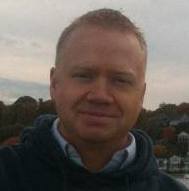 you deleted a comment I made to frank papcin.

Sorry, kelley…there was a temporary hiccup with the Disqus system and we had a few comments fall into a black hole. Apologies for the disruption. No comments were deleted. Please feel free to re-post.

ok, here is what i wanted to say to my Papcin who is still moaning about Bill Bolling: get over it. that is history. Dave Brat beat a giant–a king. So now Dave Brat, as the king slayer, must raise money like the king & keep Virginia as power player in national politics. Lead

Good luck, fellas. Anything below 73% in this district is a professional loss.

The district is Cook PVI +10 which means it is about the same as the state of Texas, or the state of North Dakota. Cornyn was re-elected TX’08 with 55%, and Cruz was a first-time winner in TX’12 with 56%, both against decent opponents. Hoeven won ND’10 with 76% (opponent was not strong), but then Berg lost in 2012 with 49% (strong opponent). As long as Brat doesn’t make any big mistakes, and keeps even-or-better in terms of funding versus the dem, Brat should win the race without much trouble. But remember the lesson of Berg: don’t be overconfident if the population is relatively small. Mathematics and statistics aside, I expect Brat will do great. Shoot for 80% folks! 😉

None of this bodes well. I could see this race going south REALLY FAST.

and now all of the leadership people in the republican party,–afraid for their positions of power,–will demonize this guy instead of working to help him help themselves?–just like what they did when BOILING didn’t get the nomination to be our governor–CUT OFF THEIR NOSE TO SPITE THER FACES
another example of stupidity and arrogance

sir, get over the Bill Bolling thing. it happened 2 election cycles ago. Dave Brat defeated the king. Therefore he needs to replace the king in fundraising & political power for Virginia. Work in that direction.

What do Steve Hunt, Keith Fimian and Allen West all have in common? They all narrowly lost very winnable elections that allowed raging leftists to become entrenched in government. Can anyone point me to a campaign that Tim Edson ran where we actually won?

That Allen West campaign loss hurts especially hard. West lost to a nobody with no elected experience whatsoever in a district that favors Republicans while he had a $17 million warchest and outspent his Democrat opponent 4-1. In his previous election West won in a landslide. How the hell do you sabotage such a campaign to make it lose?

Steve Hunt was a great candidate who could win simply by following the formula that Ken Cuccinelli refined while he held the seat. That model was thrown away, the activists were left alone, and Marsden, a complete buffoon, is now a Senator. Fimian’s loss during a Republican wave year against Connolly is directly attributable to the utter lack of an effort by the Fimian campaign to file absentee ballots. To top that off, Fimian was left unprepared for debates and performed poorly. Now Gerry “we’re going to make it illegal in America” Connolly is entrenched in the US. House.

With all the brilliant minds I know are available, I cannot fathom any rationale for this pick. Edson better work his ass off on this, because this is absolutely his last chance at redemption.

Just to set something straight Florida’s then newly created 18th District, redistricted just prior to West’s 2012 run was not a heavy Republican environment. Best case a split district that obviously had no previous Republican history. In fact St. Lucie County were allegations of voting irregularities arose in 2012 had a fairly strong local Democratic tradition. West decided to ran in the 18th when he was effectively gerrymandered out of his existing district. Given the circumstances in this case I’m not sure anyone sabotaged anything in a close race lost to West as I recall by under 2000 votes.

Lots of voter fraud by your own admittance. Being gerrymandered is sabotage by his own party and Democrats/Republicans are always finding ways to sabotage the opponent or one of their own.

To clarify my point I believe West’s loss can hardly be attributed to just a poorly executed campaign under, in this case, Tim Edson his campaign manager, as implied in Mr. Letriecq’s comment above.

I don’t know Tim Edson. This not a defense of his work in the Allen West campaign.
But like the other commenters replying, Allen West’s loss was not entirely the fault of his campaign staff. Let’s get the facts straight……..Allen West was gerrymandered out of office.

Even the bedwetting liberals at the Daily Kos said on 2/17/11, “Bye bye Allen West! The hideous gerrymander of the 22nd ends, as a surprisingly clean district will end the short career of Florida’s most outspoken representative. Palm Beach County will end up yielding two Democratic districts.”
News reports in the Florida papers also pointed out the radical gerrymandering that hit Allen West.
The Sun-Sentinel – Read paragraphs 6 & 7………
http://articles.sun-sentinel.com/2012-02-07/news/sfl-robert-watson-florida-counts-some-of-the-most-gerrymandered-districts-in-country-20120207_1_bizarre-looking-districts-congressional-districts-gerrymandered-districts

The Brat Campaign success and win in the Primary could not be put in a political “box” then and cannot be put in one now. This is no cookie cutter campaign.

He can claim Jim LeMunyon’s first race as a local win (and not an insignificant one, either). Fair criticism on Fimian, though.