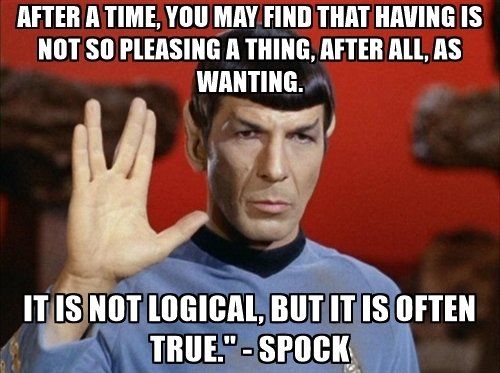 I have often said the Democrats are much more strategic and calculating than us.  Being largely secular and void of religion and ethics in their lives, their leaders want to win elections in the worst way rather than the best way.  And, once in office, after lying about raising taxes and expanding government during the campaign, they borrow, tax and spend to con voters with “free stuff.”

One of the more Machiavellian things the Democrats did in Virginia was the legal effort, led by former Obama Attorney General Eric Holder, to rewrite the 2011 General Assembly districts on grounds they disadvantaged minority voters and politicians.  And then, outside billionaires like George Soros, Tom Steyer and Michael Bloomberg pumped millions into 2019 House and Senate races to enable Democrats to win the General Assembly for the first time in more than 20 years, which they did.

This Times-Dispatch article, whining about the 2021 losses by black legislators, is ironic.

“The four Black lawmakers were among the seven Democratic incumbents beaten by Republican challengers, as Virginia’s voters flipped control of the House of Delegates to the GOP.

“Members of the Legislative Black Caucus said the losses of Dels. Lashrecse Aird, D-Petersburg; Alex Askew, D-Virginia Beach; Josh Cole, D-Fredericksburg; and Roslyn Tyler, D-Sussex, will create a void of institutional knowledge, and could result in an overall loss of membership of one to two members, depending on the outcome of two pending recounts in Hampton Roads, even as Virginia’s Black population is growing. The Virginia Legislative Black Caucus has 23 members in 2021.”

Gosh, doesn’t this make you want to shed tears?

What  “institutional knowledge” can three of them, only elected in 2019, possibly have in Richmond?  Dang, what about lamenting the loss of great GOP legislators in the 2017-19 cycles like Randy Minchew, Jim Lemunyon, Tag Greason and Chris Stolle?  Oh, that’s right – they’re white male Republicans!  Forgot.

However, the T-D notes four new “black voices” were elected, three Democrat, and one Republican, A.C. Cordoza in Hampton-Newport News, whose race is undergoing a recount.  Askew’s loss to Karen Greenalgh –who purchased and read my book on running for office,   and whom I advised early on in her quest for the 85th seat– also is in recount.

But the T-D’s “Lamentations” about these great legislative leaders leaving office failed to research the history.

This article in the Bull Elephant documents that

Then in 2017, the HOD Democrats hire Democrat lawyer Mark Elias to challenge those minority-majority as being unconstitutional “black-packing.”  The HOD Black Caucus then had a quick case of amnesia, forgot that it approved of those 2011 Black Caucus member districts, and joined in with the Mark Elias lawsuit.

So, Mark Elias and Eric Holder win before the Supreme Court in 2019, and. about six House districts are redrawn

The Dems win, and Attorney General Mark Herring, and Delegates Eileen Filler-Corn, and Lamont Bagby get all self-righteous and claim a huge win against the “Illegal Republican gerrymander.”  Of course, the woke media are gushing with joy!

But then along comes Glenn Youngkin and a failure of Democrats to turn out the black vote and anti-Trump vote in the 2021 campaign.  And what happens?

Four black incumbents lose their seats under the new court-ordered HOD districts thereby giving control to the HOD Republicans.   In the case of Askew’s District 85, there was a 2.74% shift due to the 2019 court-ordered redistricting and the national Democrats pumped over $3.4 million over two election cycles to elect him and keep him in office.  He still lives in his parents’ Virginia Beach home and reportedly has no other living than being a Delegate ($17,640 a year salary).

In addition, Aird lost her seat to a white female Republican who runs a truck stop in Dinwiddie County, although the district contains the city of Petersburg, which votes heavily for Democrats.

The other irony is that the more than $15 million pumped into the Virginia races in 2019 by the DNC, DPV, outside Democrat billionaires, PACs and unions were designed to enable Democrats to gerrymander the General Assembly and U.S. House seats to their favor.  Well, the bipartisan redistricting amendment passed the Democrat-controlled House and Senate and was, overwhelmingly approved by Virginia voters on the ballot in 2020   despite the ever-important Democrat sample ballot urging “no” votes, thereby taking redistricting out of their hands completely.

In 2021, according to the Virginia Public Access Project, at least $22 million was raised and spent on behalf of Democrat House candidates by similar billionaires, PACs, unions and party organizations.

Democrats were overzealous in my view. Kind of reminds me of an original Star Trek episode, where Mr. Spock states philosophically:  “After a time, you may find that having is not so pleasing a thing after all as wanting. It is not logical, but it is often true …”

This posting is so lacking in self awareness that the author should step back for some quality, quiet mirror time. Something about a splinter and a plank in the old eyeball. People in glass houses?

Yes, Reps took back the State but nothing has been accomplished yet. How about try governing first and give the chortling a rest.

Exactly. Out front in the headlines will be anti-abortion rhetoric for the base. Behind the scenes, lobbyists with be singing kumbaya as they literally make it rain cash on crooked politicians. Business as usual. Crooked politicians selling out the middle class. All legal, of course.

Just let Youngkin try to do away with our tax us to our nose bleeds Virginia government. I suspect shit for brains Tommy Norment and the new Speaker already let him know who is boss.

They are all owned by the power company. Before the infrastructure bill, Virginia already had $3-$4 billion of unexpected excess tax revenue according to the newspaper. Now, with the infrastructure bill passage, there are many more billions coming to Virginia to pay for roads and bridges and other things that the state tax dollars were supposed to pay for. So why is the Virginia taxpayer still paying this out of sight bullshit tax? Why are those many billions of access revenue not given back to the taxpayer where they were stolen from? And don’t let them lobbyists cockholsters fool you, education is already stone drunk on cash from the taxpayer.

Them Bastards downtown will steal everything while most brag about being Christians. All legal, of course.

Write what you want to deflect from Republicans in the US House giving Father Joe $1.25 TRILLION IN THE MIDDLE OF THE NIGHT, HEADED INTO A WEEKEND! A major victory for Father Joe. We are not moving forward until that issue is properly addressed. Pelosi did not have the Democrat votes to pass anything.

Nothin backfired. The Dems got the loot. All of it.

“I have often said the Democrats are much more strategic and calculating than us. Being largely secular and void of religion and ethics in their lives,” What an ignorant asshole thing to say

I do not understand, Ken’s party, the Republicans, they gave ole’ Nancy and Joe $1.25 trillion. Your party, the Democrats, they would have none of it. They told Father Joe and Nancy , no, no way. Stayed up late Friday night to do it.

So, why not just suck it up. Thank Ken for being a good Jewish Catholic Republican Democrat? Send him a Hanukah/Christmas card. 😂 His people did save Father Joe’s ass, Did they not?

The truth hurts as it directly contradicts your lies.